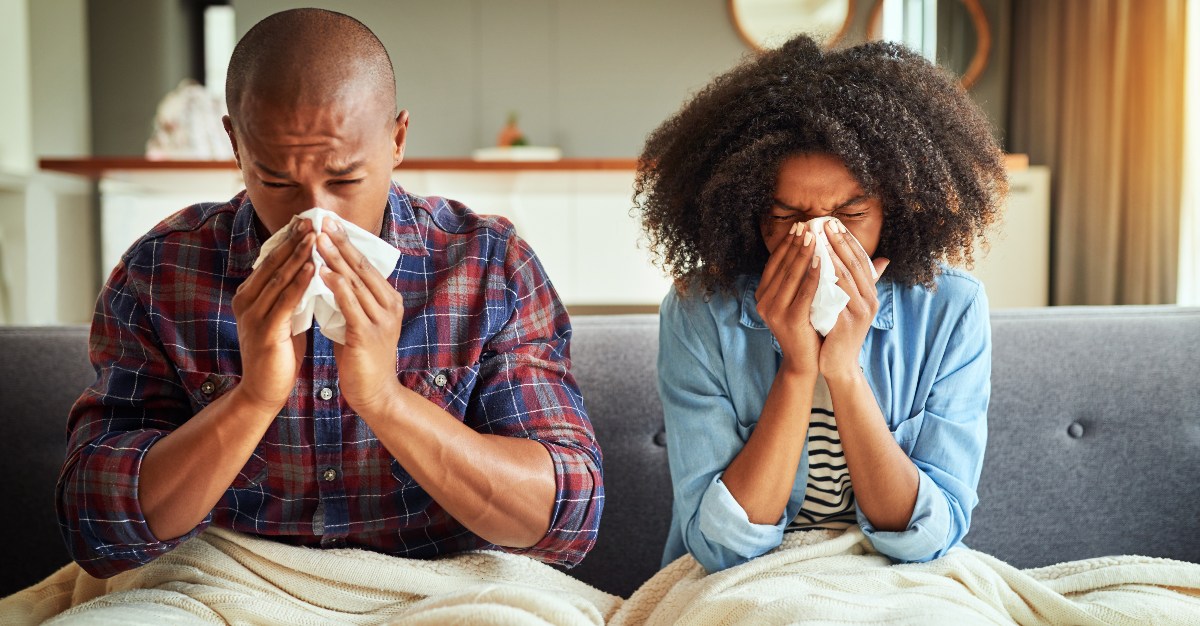 From the fall months through the spring, every sneeze or feeling of nausea creates fear of the flu. The virus is at its most dangerous and contagious during these months, also known as flu season. That’s because the respiratory illness can cause a range of severity, from mild to life-threatening.

One sneeze or cough from a seemingly infected person can spread the virus during these months. It may only take being in the same vicinity of the virus to contract the flu.

And after the infection starts, so do the symptoms.

A cough, sore throat, body aches and fever can all come from the flu. While most people recover in less than two weeks, it can be severe and lead to hospitalizations and death.

But, not every flu season is like others. Sometimes we get a mild virus, like in 2016-2017. Other times we get a full-blown outbreak that puts millions in danger, like we saw last year.

While the flu season typically starts in early fall and peaks in the winter months, the 2018-2019 influenza season lasted 21 weeks. That made this season the longest in 10 years, according to the CDC’s most recent Morbidity and Morality Weekly Report.

We began seeing flu activity starting in November of 2018. Flu activity then peaked again in mid-February with a second different strain that then faded below the baseline in April.

The flu vaccine started out being relatively effective. The shot proved helpful against the most common H1N1 strain of the virus. But, when a different strain, H3N2, popped up in February, it was as if we had a whole new flu season on our hands that scientists hadn’t anticipated. Richard Webby, a flu scientist on the World Health Organization’s influenza vaccine advisory board, stated that “it was quite an unusual season in that we almost had two seasons within the one.”

What About the Flu Shot?

Flu vaccines are made each year to protect against three or four different kinds of flu virus. Experts choose which viruses to build the vaccine against based off recent trends in previous years. They create a shot that will seemingly fight the most prominent strains in that year.

The effectiveness of the flu vaccine is difficult to predict since the virus tends to mutate during the year. Vaccines against infectious diseases are usually not labeled successful unless proven 90% effective. The flu vaccine is held to a different standard due to the changing virus and mutations. According to STAT News, the flu vaccine usually averages around 40% effectiveness. While that may not seem high, even a relatively ineffective flu shot can help millions.

The 2018-2019 flu season started out at an estimated, “49 percent during the period that H1N1 was dominant.” Then, with the second wave in February, an unexpected strain of H3N2 started spreading.

Typically the flu season spikes in the winter and fizzles out. After the unexpected second wave in 2019, the effectiveness of the flu vaccine dropped down to 9% during the spring. This brings the season’s end effectiveness rating to just 29%.

How Many People Caught the Flu this Season?

Despite its low effectiveness, the flu season was relatively mild compared to previous flu seasons.

These numbers may seem high, but when stacked against previous seasons reported deaths were at a decline. For example, during the 2017-2018 flu season the death toll was reported to be around 80,000. Comparatively, this past season’s toll was between 36,400 and 61,200.

The hospitalization and death toll for children was also lower this year compared to previous seasons.

With these numbers in mind, despite the low vaccine effectiveness year to year, influenza experts still urge the population to get a vaccine against the flu.

The flu vaccine not only helps prevent hundreds of thousands of illnesses every year, but it increases a region’s herd immunity against the viruses. According to Dr. Kathleen Neuzil, director of the Center for Vaccine Development at the University of Maryland School of Medicine, “that’s still 30 percent of people who were not spreading the flu to anyone else.”

The vaccine helps protect those that receive it and the surrounding population that doesn’t. With less people that can get infected, the virus has a harder time spreading. A possible outbreak can instead become a small spike in cases with herd immunity.

Flu shots are recommended for everyone over six months. Recent studies also showed once again that the flu vaccine is even safe for pregnant women.

Officials say despite low effectiveness year after year, the vaccine is still, “worthwhile since it works against some strains, and it likely prevented 40,000 to 90,000 hospitalizations over the winter flu season.” Receiving a seasonal flu vaccine every year remains the best way to protect yourself and others around you against the flu.

Did you receive a flu shot this year? Did you have a bout with the virus this season? Let us know in the comments, or via Facebook and Twitter.