The COVID-19 pandemic has affected travel to many countries. Pakistan may require you to have a negative COVID-19 test for entry. 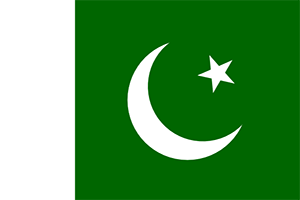 Travel Vaccines and Advice for Pakistan

Located in South Asia, the country of Pakistan has garnered a reputation of both good and bad. Though extremism continues, Pakistan has remained a strong and prosperous nation.

Pakistan boasts a diverse landscape of charming, coastal towns and dreamy, desert dwellings. No matter the itinerary for your trip, Pakistan is a dream destination for all world travelers.

Do I Need Vaccines for Pakistan?

Polio is still a threat in some parts of Pakistan. Make sure that you have been vaccinated. Travelers staying in Pakistan for more than four weeks must show proof of vaccination.

Japanese encephalitis is a mosquito-borne disease found in some parts of Pakistan. Vaccination may be recommended based on your travel plans.

Dengue, malaria and chikungunya are also present. Repellents and netting provide protection. You may require antimalarials based on your itinerary.

Overall rating: 5 stars – 4 reviews
★★★★★
“Travel Shots“
“My husband and I came in to get shots for our trip to Pakistan and had a wonderful experience. The doctor was knowledgeable and friendly. Would 100% go back and recommend to others.”
Submitted by: Sarah
★★★★★
“Great for injections for travel“
“The location was convenient to my home. The nurse administering the inoculations was extremely knowledgeable , efficient, patient,and gave the gentlest injections needed for my trip to Pakistan.”
Submitted by: Robin
★★★★★
“Impressed“
“I arrived about a half hour early and was greeted immediately by one of the nurses. After a very brief wait I was taken back. The nurse had read my medical history and was thoroughly prepared. She was meticulous in educating me about the possible infections I might get in Pakistan as she reviewed all of the available vaccinations with me. She also mentioned other products she had and was willing to call in a prescription for antibiotics for me to take along “just in case.” It was decided I only needed one shot which was administered painlessly.”
Submitted by: Jim
★★★★★
“Travel Help“
“I did not have to wait at all; I got in at the time of my appointment. The doctor was very friendly and nice; she had already put together a booklet for me and was very thorough in explaining what vaccinations were recommended and why. She went over my travel itinerary and discussed what precautions to take in Pakistan. I would definitely use the clinic again.”
Submitted by: Connie

Is a Passport or Visa Required for Pakistan?

A passport and visa are required to enter Pakistan. You must get your visa before arrival. Note, some regions like Kashmir require extra permission or fees. Proof of polio vaccination may be required when leaving Pakistan. Be sure to recieve on before your trip.

Keep a copy of your travel documents with you at all times while in Pakistan. Government authorities can request these at will.

For more information, see our Pakistan visa page. Or contact a Passport Health Passport and Visa specialist by calling 1-844-366-8472 or by filling out our online form.

The climate of Pakistan is best described through seasons. Winter lasts from November to March, and has semi-cool temperatures. But, it is still warm in comparison to winter temperatures in other countries.

Highs and lows vary by season. In January, the average low can be below freezing. In the summer, temperatures can reach up the 120’s.

How Safe is Pakistan?

Travel to Pakistan, for American citizens is not recommended. Due to political unrest and terrorism, Americans should avoid travel to the region.

Peshawar, Karachi and Quetta are a magnets for rebels and terrorist attacks. Islamabad is the single-safest city in Pakistan. Like most countries or cities, there are safe and unsafe areas.

Located in Sindh and built around 2500 BC, Mohenjo Daro is known as the, ‘Lost City of Pakistan’. The Indus city has attracted archaeologists and travelers alike for centuries. With no real, identifiable historical significance, the province leaves visitors with more questions.

The ancient city was built on elevated ground in the Larkana district of Sindh. Mohenjo Daro has no evidence of government. Archaeologists believe that it was likely a city-state, governed by elected officials and leaders.

The city’s heyday was believed to have been between 2500 BC and 1900 BC. Though it was unknown until its discovery in 1921, the province’s well-preserved history and charming architecture makes it a major hotspot.

What Should I Take to Pakistan?

Pakistan is a popular destination. But, it’s important to make sure you have everything you need for your trip.

All Americans visiting Pakistan should register online with the U.S. Department of State before departure. This will inform the office of your travel plans within the country and will allow them to reach out in the case of an emergency or evacuation.

Once in Pakistan, the information for the U.S. Embassy is: