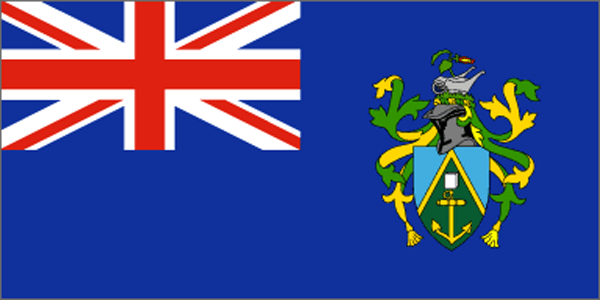 The Pitcairn Islands are some of the most remote islands in the entire world. They are a British Overseas Territory. There are four islands, with only one, Pitcairn, being inhabited.

There are only 147 people that live on Pitcairn Islands, with the national language being English and the native language of Pitkern. The official currency of the Pitcairn Islands is the New Zealand dollar.

Do I Need Vaccines for Pitcairn Islands?

Yes, some vaccines are recommended or required for Pitcairn Islands. The CDC and WHO recommend the following vaccinations for Pitcairn Islands: hepatitis A, hepatitis B, yellow fever, typhoid, meningitis, polio, measles, mumps and rubella (MMR), Tdap (tetanus, diphtheria and pertussis), chickenpox, shingles, pneumonia and influenza.

There is a modern medical clinic on the islands, but the nearest hospital is in New Zealand. Since there are no airports on the Pitcairn Islands, it may take two days to get emergency medical care.

To find out more about these vaccines, see our vaccinations page. Ready to travel safely? Book your appointment either call or start booking online now.

Overall rating: 5 stars – 2 reviews
★★★★★
“Great Clinic!“
“We went in to have our Yellow Fever vaccine and left with a lot more information than we expected.”
Submitted by: Matthew
★★★★★
“Thorough“
“I was impressed with how thorough the appointment was. I spent at least a half hour there asking many questions about Pitcairn.”
Submitted by: Jill

Do I Need a Visa or Passport for the Pitcairn Islands?

You do need a valid passport to travel to the Pitcairn Islands. The passport needs to remain valid for the duration of your stay.

What Is the Climate Like in the Pitcairn Islands?

The climate of the Pitcairn Islands is subtropical with hot summers and mild winters.

The summer months span from December to March with the average temperatures in the 70’s to 80’s.

Winter months run from June to September with temps in the mid-to-high-60’s. It rains throughout all seasons.

How Safe are the Pitcairn Islands?

Due to the low population, there is no crime on the Pitcairn Islands. But, you should practice safety while traveling. When you are transferring to the island by boat, wear a life vest.

Local authorities are responsible for investigating and prosecuting crime if a crime should be committed against you.

Ship Remains on the Pitcairn Islands

In the late 1700’s, the Pitcairn Islands were settled by mutineers of a ship called Bounty. They burned the ship in the bay and settled the island, creating the first community.

The remains of the Bounty can still be seen today in Bounty Bay. Although there is not much of it that remains, divers and tourists still try to see what they can. You can still view the Bounty’s anchor at the Public Hall and other relics from the ship at a museum in Adamstown.

What Should I Take To the Pitcairn Islands?

Here are some essential items to consider for your trip to the Pitcairn Islands:

U.S. Embassy in the Pitcairn Islands

All Americans visiting the Pitcairn Islands should register online with the U.S. Department of State before departure. This will inform the office of your travel plans within the country and will allow them to reach out in the case of an emergency or evacuation.

There is no U.S. embassy in the Pitcairn Islands, but it is served by the embassy in New Zealand.

If you have any questions about traveling to the Pitcairn Islands or are wondering what shots you may need for your trip, schedule an appointment with your local Passport Health travel medicine clinic. Call us at or book online now and protect yourself today.