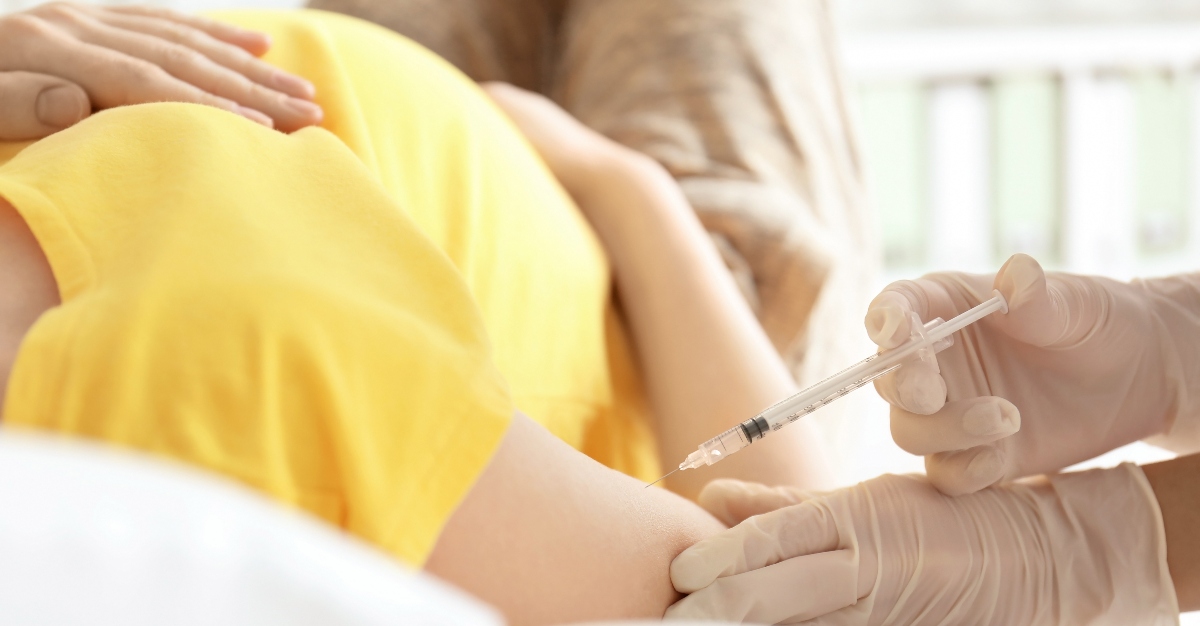 Once it infects the throat, nose and lungs, the virus can cause some serious symptoms. That might mean a few days off work, trip to the hospital or for many, risk of death. That’s why so many harp on the importance of the flu vaccine.

The shot acts as the first toward protecting yourself against that season’s virus. But, one high-risk group is often worried about the vaccine.

Pregnant women have long worried that the flu shot could harm the baby, even if it does offer some protection against the virus. A recent study looked into those possible risks.

More confirmation that the flu vaccine is safe for pregnant women and more of the population can protect themselves against the virus.

Why are Pregnant Women at a Higher Risk for the Flu?

Most people who get the flu can expect a mild illness that doesn’t need medical assistance or medicine, expecting a short recovery. But, there are groups of the population who are at a higher risk for health complications if they get infected.

One of those groups is expectant mothers.

The changes that occur in a pregnant woman’s immune system, heart, and lungs during their pregnancy make them more susceptible complications if they get the flu. The flu may also be harmful for the developing baby inside the mother.

For example, the CDC lists a fever as a common symptom of the flu. That symptom, “may be associated with neural tube defects and other adverse outcomes for a developing baby.”

What Benefits Does a Flu Shot Offer to Pregnant Women?

Getting a flu vaccine while pregnant can not only protect the mother, but also the infant after birth. This happens as the mother passes antibodies onto the developing baby during the pregnancy.

A study done in 2018 showed that, “getting a flu shot reduced a pregnant woman’s risk of being hospitalized with flu by an average of 40 percent.” With this number in mind, it’s hard to believe that many expectant mothers are forgoing flu shots.

For those who need more evidence, a recent study published in July 2019 in the BMJ Journal followed more than 104,000 children born between November 2009 and October 2010 in Ontario, Canada. Paddy Moore led a research team focused at the Children’s Hospital of Eastern Ontario Research Institute in Ottawa.

Of the thousands of children they observed, “30 percent were born to mothers who received the H1N1 vaccine during their pregnancy.” The researchers followed the children to age 5 and there was “no increased risk for cancer, infections, chronic diseases, hospital admissions” or deaths among the children of vaccinated mothers. Their findings concluded that there is no danger in receiving a flu vaccine while pregnant, for the mother or the developing baby.

There is a large body of scientific studies that support the safety of flu shots for pregnant women. Like with any other part of disease prevention, there is continued work collecting more data on the subject.

This recent study done in Canada provides more support that flu vaccination while pregnant is safe for both the mother and the baby.

In a journal news release, Dr. Siri Haberg, from the Norwegian Institute of Public Health, commented on the results. She noted that during a time of vaccine hesitancy around the world, “it is our duty to be clear: Vaccination of pregnant women saves live.”

As with most studies done, research is in store for the future. More studies with different variables, like vaccine formulations and settings, are on the horizon.

The team went on to conclude that these studies are crucial in finding what happens to children once their mother is vaccinated while pregnant.

They also noted the near-50 million people who caught the flu last year. With those staggering numbers, “it’s important to get vaccinated if you’re able to receive a flu vaccine.”

Do you have any questions about the flu vaccine? Passport Health can help. Give us a call at or book an appointment online now.

Did you receive the flu shot this year? Have you ever received the vaccine while pregnant? Let us know in the comments, or via Facebook and Twitter.