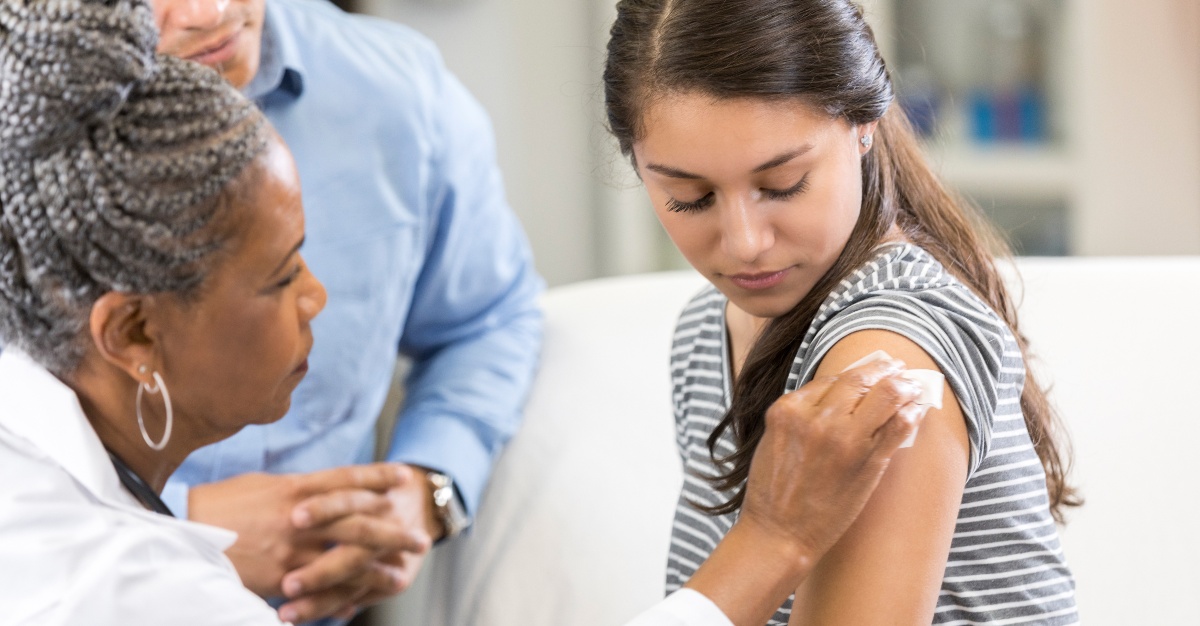 According to the CDC, the human papillomavirus (HPV) vaccine is a safe and very effective vaccination that protects against diseases when it’s given at the proper ages.

HPV is the most common sexually transmitted disease. According to the CDC, 79 million Americans are infected with HPV, most of which are in their late teens and early twenties.

There are over 100 strains of HPV and each can cause other health complications. While the low-risk strains can cause genital warts, high-risk HPV can lead to cancer.

It’s common for HPV to go away on its own without resulting in any health problems. But, there are some cases where the STI doesn’t go away and can result in health problems. Luckily, HPV is a completely preventable disease.

What’s the Best Age to Receive an HPV Vaccination?

The CDC recommends boys and girls at ages 11 or 12 to receive the HPV vaccination. Receiving the vaccine at these ages is the best time to do it and gives optimal protection against HPV.

Dr. Lois Ramondetta, professor of Gynecologic Oncology and Reproductive Medicine at the University of Texas, said males and females between the ages of 9 and 45 can receive the vaccine. Although, the vaccine isn’t as effective if given outside the age window that the CDC recommends.

That’s not to say someone older than 12 shouldn’t receive an HPV vaccination.

What Are the Benefits Receiving the Vaccine as an Adult?

While the HPV vaccine is most effective when received at a young age, anyone up to 45 years of age can get vaccinated.

“The vaccine is safe, so it won’t hurt you if you’re older,” Ramondetta said. “But it won’t provide the same benefits as when you were younger.”

If you have never been vaccinated and are under the age of 45, getting the vaccine could be a smart choice, because there are still benefits to it.

It offers protection against HPV

The vaccine is most effective when a person receives it before they have had any HPV exposure.

Although, even if a person has had HPV exposure, the vaccine protects against nine different strains. This means it can still provide protection against the strains that a person has never encountered.

It prevents cancers caused by HPV

Even as an adult, getting the HPV vaccination will help prevent HPV caused cancers, such as cervical cancers, according to the CDC. It will also protect against other HPV infections and genital warts.

It is safe and long lasting

In October, 2018, the HPV vaccine was approved by the U.S. Food and Drug Administration to be safe and effective for people up to the age of 45.

In June 2019, the CDC recommended that all people up to the age of 26 should be vaccinated, but they still said it’s best and most effective for people in their adolescents, ages 11 and 12, to be vaccinated.

According to the CDC, the vaccine is also long-lasting and has shown no signs of weakened protection over the years.

Are There Downsides to Receiving the Vaccine Later in Life?

While the vaccine is completely safe for people up to 45 years of age and proves to be effective, there are some downsides to getting it later in life rather than adolescents.

Its protection against HPV is not as effective

“Vaccines given to 14 or 15 year olds are late and less effective,” Ramondetta said.

Receiving the vaccine even older than 15 reduces the effectiveness even more. Patients 15 and older who receive the vaccination actually have to receive more shots than those who get it at 11 or 12.

It costs more later in life

The cost of the HPV vaccination is one of the biggest drawbacks, because most insurance only covers the vaccine for adolescents. The vaccine can cost around $600 to receive if a person decides to get it as an adult. But, some insurers are starting to cover the cost of the vaccine later in life.

As more companies start to cover HPV vaccination later in life, there aren’t many downsides to getting vaccinated as an adult. Even if a person has had exposure to HPV infections before, it’s better to be protected against future infections than risk catching a different strain of HPV in the future.

Do you still need to receive the HPV vaccine? Or have any other questions about the immunization? Passport Health can help. Give us a call at , or book an appointment online.

Do you know anybody who received the vaccine as an adult? Would you be more likely to get the HPV vaccine now after not receiving at as a child? Let us know in the comments, or via Facebook and Twitter.