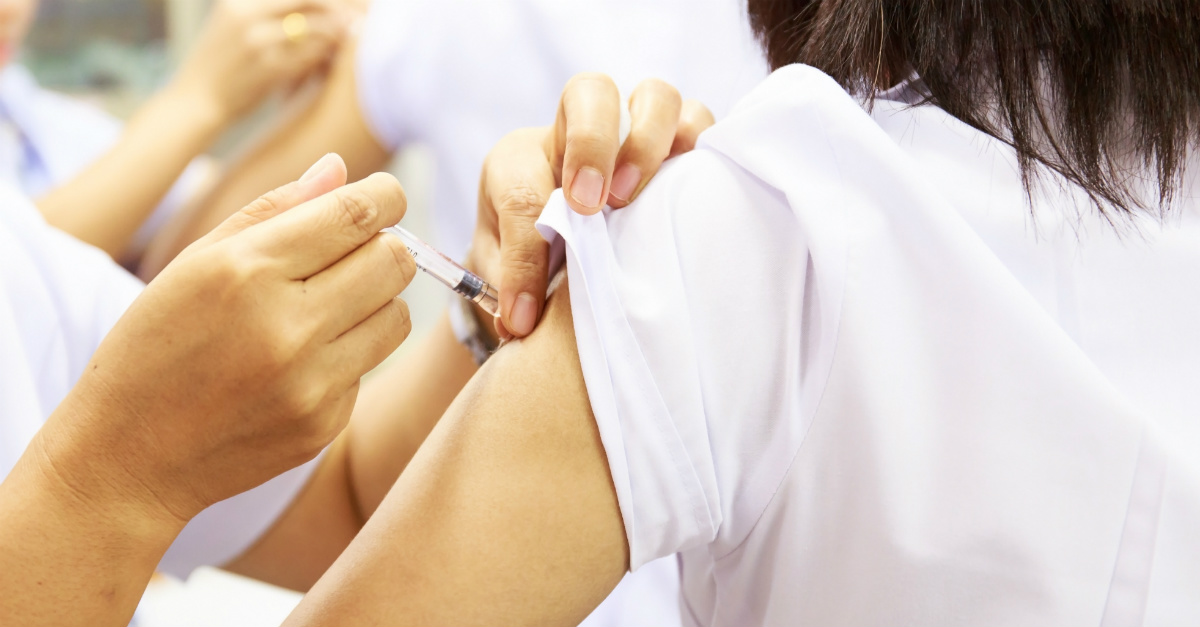 Infecting hundreds of millions across the globe, HPV is the world’s most common sexually transmitted disease. In the United States alone, human papillomavirus infects 14 million new people every year.

While the numbers are alarming, HPV is usually symptomless. It’s the long-term effects of this disease that can create life-threatening issues.

Years of untreated HPV can change the cells in a woman’s cervix, leading to cervical cancer. While cervical cancer is still a rare development from HPV, 70 percent of the cancer cases can be traced to the disease.

The virus also has a broad range of severity, from mild to severe cases. For mild or low-risk cases, the virus usually clears up on its own within two years of exposure. Moderate and severe cases create many more difficulties. The disease usually remains dormant in a person’s system, but can flare-up at various times.

Available since 2006, the HPV vaccine has helped reduce those risks.

The vaccine was initially administered in three doses. The second dose was given 1-2 months after the first, with the final dose coming four months later.

As often happens with a vaccine, researchers started working on a more effective solution. After years of testing, a new vaccine was approved in 2014. Besides less trips to the doctor, the two-dose immunization protected against more strains of HPV.

In this new vaccine, the second dose comes within 6-12 months of that first inoculation. Even older adolescents and young adults can receive the vaccine from ages 16 to 26.

As the World Health Organization approved this two-dose vaccine, some questioned its effectiveness. In use for almost a decade, the original three-dose immunization succeeded in greatly reducing HPV cases.

Comparing the two vaccines, a study took place over a few years starting in 2007.

Three years after giving the vaccine, both two-and-three dose immunizations held up well. They created the needed antibodies for women from ages nine to 26.

Despite receiving one extra dose, the two vaccines created seemingly the same immunity over a 36-month span.

The only difference came at the age of vaccination. The younger group, ages nine to 13, created far more antibodies in the years after they were immunized. While HPV risks dropped for the older participants, the two-dose vaccine proved more effective when given at a younger age.

Considered a “catch-up” vaccination, the extra dose is only needed for those that get immunized for HPV as a young adult or older.

Any questions about the HPV vaccine? Unsure if you’ve received the immunization? Passport Health can help! Give us a call at or book an appointment online now.

Any other questions about the two and three-dose HPV vaccines? Let us know in the comments, or via Facebook and Twitter.