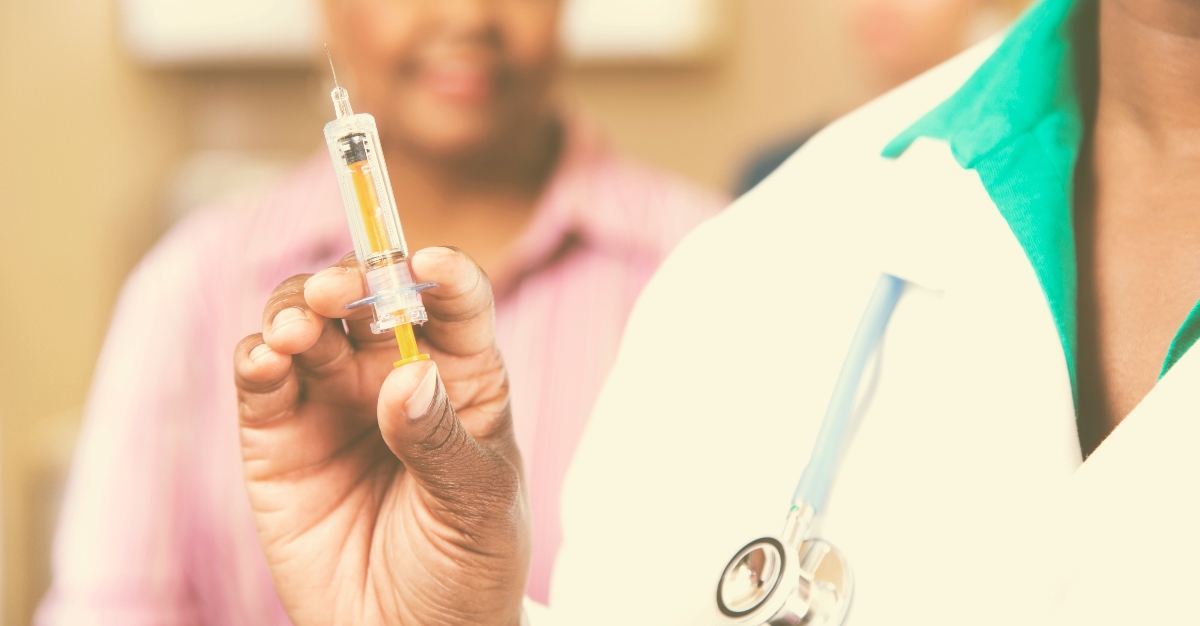 While the explanation may be more complicated, the easy answer is you won’t get the flu from the vaccine. But, with ever-changing science and the ingredients in the vaccine, some are hesitant to get the flu shot due to some misconceptions.

Despite the possibility of side effects, it is important and recommended that all people over the age of five months get a flu vaccine every single year. While side effects may be annoying, influenza can cause serious complications.

One of the largest myths about vaccinations, especially flu shots are that you can get sick from the vaccine.

According to the CDC, the flu vaccine can use two different versions of the virus: inactive or weakened. The flu shot given via injection only uses an inactive version. Whether that’s a high dose flu shot, quadrivalent or trivalent, the vaccine does not have a live version of the flu.

Why Do I Feel Sick After The Flu Shot?

It’s not possible to get the flu from your flu shot. But, many people can feel side effects or even get the flu later on in the season.

There are a few reasons why you might get the flu later in the season, even after you’ve receiving the flu shot. A variety of reasons may cause a later flu infection:

Should I Get a Flu Shot This Year?

While washing your hands and practicing good hygiene is important, the influenza vaccine is the most reliable way to lower your risk of getting the flu each season.

It’s important to get the vaccine every season because the vaccine is changed each year to fight the most recent strain the virus. The shot is catered to help that season for flu strains that were present in the virus of the year prior.

Have you received your flu shot for this season yet? Let us know in the comments, or via Facebook and Twitter.