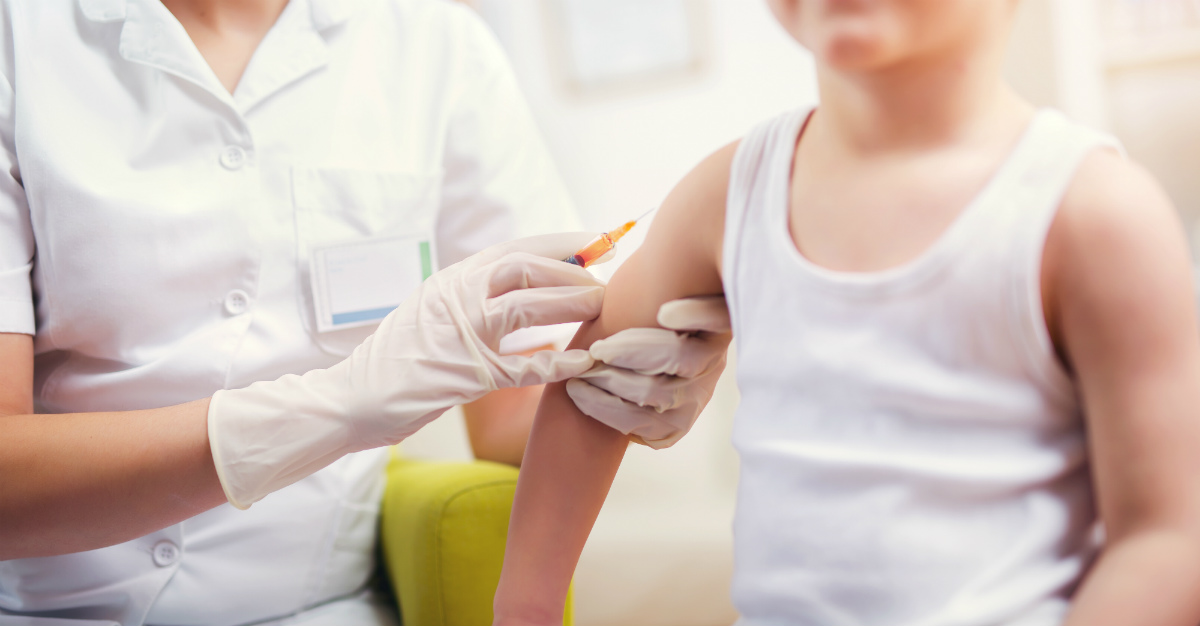 After a widespread vaccination campaign, the United States declared measles eradicated in 2000.

Eradicating the disease capped off a decades-long mission.

Starting the program in 1963, the U.S. would have 3 to 4 million residents diagnosed with measles every year. After 37 years, the U.S. met the CDC’s standards for eradication: no transmission of measles for one year.

But, the fight against measles doesn’t end when the CDC declares elimination.

A country needs to maintain the fight against this disease and continue widespread vaccinations. For various reasons, this proved problematic across the country.

Beginning around 2008, the U.S. faced a resurgence of measles. After a significant spike around the world in recent years, outbreaks of the disease have become much more common. In the United States alone, measles was reported in 23 states as of May 10, with 839 confirmed cases. According to the CDC, that’s the most measles cases in the U.S. since 1994.

How Has Measles Made a Comeback?

Residents of the U.S. are some of the world’s most avid travelers. As of this year, only one country houses more citizens that like to see the world.

Unfortunately, these travelers sometimes come home with more than souvenirs.

Medical experts point to many of these tourists as a source of the measles comeback. They’ll visit measles-endemic countries and come back with the disease. They can then unknowingly spread measles to unvaccinated friends, family or neighbors.

Those infected can suffer from high fevers, painful rashes and coughs. Complications can even include brain inflammation, permanent blindness, and death.

Measles is spread person-to-person and through the air, so vaccination is critical to avoid outbreaks. This creates quite a risk for a disease that’s already highly contagious.

A person is contagious from four days before to four days after a measles rash. For every 10 unvaccinated people exposed to measles, nine will get the disease.

This creates an even greater need for the vaccine. Countries with low vaccination rates are particularly susceptible to outbreaks. More than 95 percent of the world’s measles deaths are from countries lacking in treatment options. Residents from all around the world are traveling to places in Asia and Africa that still have those low vaccination rates.

This is why the U.S. is not the only country with a measles resurgence.

European countries like Germany, Italy and Sweden are in the midst of a serious uptick in measles. Romania, for example, reported more than 3400 cases and 17 deaths due to measles from January 2016 to March 2017.

By 2019 the measles resurgence had spread to many other regions. The Philippines, Ukraine and Brazil all confirmed the greatest increases in measles across the globe. According to UNICEF, global measles cases jumped nearly 50% in 2017 and 2018.

The World Health Organization labeled vaccine hesitancy as one of the world’s 10 greatest health threats earlier in 2019. Many of the worst measles outbreaks in the U.S. have come in communities with lower vaccination rates.

What’s Being Done to Stop Measles?

The WHO has committed to eliminating measles in at least five of its six regions by the year 2020. This commitment, however, requires support from governments and individuals around the world.

The French government is one country taking action to end this measles problem. France recently announced that the measles vaccination would become mandatory, along with other immunizations.

Luckily, measles is a disease with an effective and accessible vaccination.

Two doses of the measles vaccine is considered 97 percent effective. With this kind of reliability, measles just needs herd immunity to halt the disease. With at least 95 percent of the population fully vaccinated, a disease has very little room to grow.

Even with vaccines that don’t provide 100 percent protection, outbreaks are far less likely. While the unvaccinated would still be at some risk, measles wouldn’t be able to get a foothold with the other 95 percent of the population.

If you have any questions about keeping you or your children measles-free during this resurgence of the disease, Passport Health can help. Give us a call at or book an appointment online for more information about the disease and its vaccine.

Any questions about the rise of measles or its vaccine? Let us know in the comments, or via Facebook and Twitter.