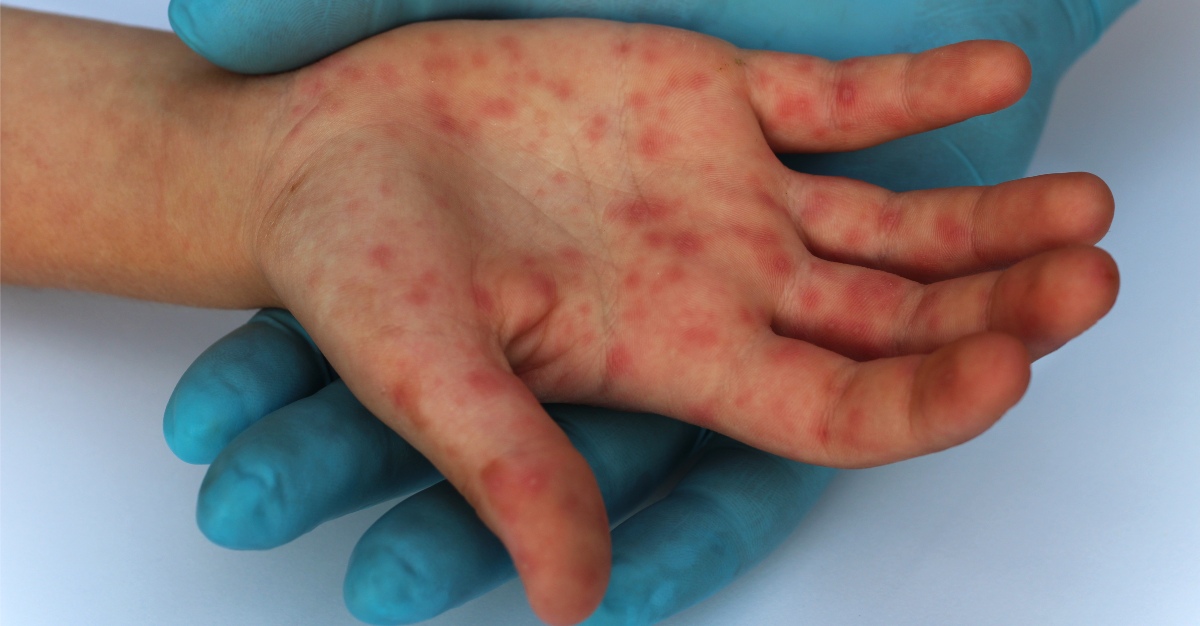 Measles has long been considered one of the worst childhood illnesses around the world. The disease even has a symptom that’s easily recognized in the form of a red itchy rash.

To this day, measles is extremely contagious, spreading from person-to-person like wildfire. The highly-contagious nature has even helped the measles outbreaks that have increased in recent years.

But, with so much recent news about measles, what is the disease’s history? And specifically, where did the measles vaccine come from?

Measles was first diagnosed in the 9th century. Explorers initially spread the disease upon coming to the New World and discovering other lands in the East, like India.

As we mentioned before, measles can spread with ease. A unique aspect of the virus is that it stays active up to two hours after the body expels it through sneezing or coughing. This means that when an infected person sneezes and covers their nose with their hand, the virus stays active on the hand. Even today, this help spread measles much faster. The disease can stay active on a door handle, with no knowledge of the danger.

In a time before medicine and preventive vaccines, nothing would stop a contagious disease.

But, measles wasn’t the only contagious product of their journey. The explorers also spread sicknesses like typhus, whooping cough and smallpox to the locals. Many native inhabitants of these lands were not immune to this disease, and many perished.

Some ancient texts from Persia suggest that children got measles from their mothers. They thought the leftover lining that wasn’t shed from the menstrual cycle caused the illness.

But, this hypothesis was eventually rejected.

Finally, in the mid-18th century, a Scottish doctor named Francis Home discovered that measles is a kind of infection in the blood.

Then, a century later, Danish physician, Peter Ludwig Panum, made a different groundbreaking discovery. Once a person contracted measles in the past, they were immune the disease for the future.

This was an alarming discovery and was significant for the day. By learning of any method to keep measles away, Panum opened the door for vaccine research. Doctors and scientists alike who were searching for an answer to measles finally had something to work with.

It wasn’t until 1912 that the United States began documenting the statistics of those who contracted virus, which was mostly children. By the 1950s, almost every child in the U.S. had measles before turning 15.

Finally, in 1954, Dr. Thomas Peebles and John Enders isolated the virus in a teenager’s blood. Nine years later, in 1963, they created the first U.S. measles vaccine called Edmonston-B strain. Five years after that, the Edmonston-Enders strain immunization was developed. The new vaccine, created by Maurice Hilleman, proved even better than the first.

Shortly after, the vaccine was combined with immunizations for mumps and rubella. This vaccine would become the centerpiece of vaccine programs to eradicate the viruses. Even today, the measles vaccine still includes inoculations for the other viruses.

Do you have any questions about the MMR vaccine? Passport Health can help! Give us a call at or book an appointment online now to speak to a travel health nurse.

Did you know about the long history of measles and a successful vaccine? Let us know in the comments, or via Facebook and Twitter.