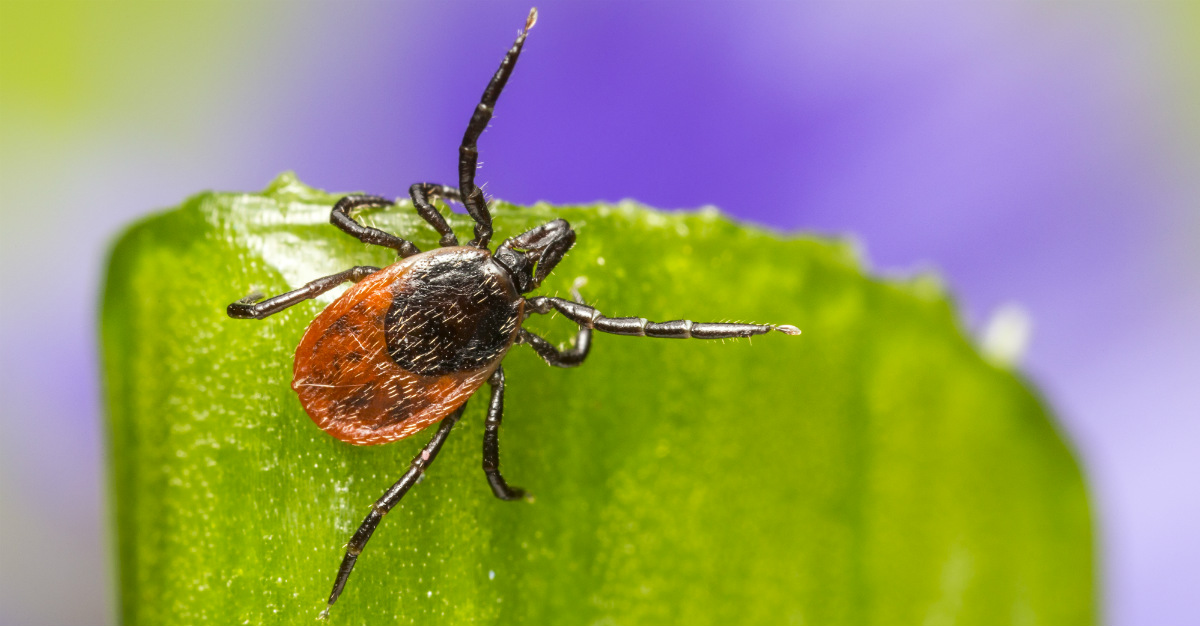 Summer may mean the end of flu season, but it’s also prime time for ticks. Bites from the tiny bugs increase throughout the world in the warmer months, increasing risk of Lyme disease.

To make matters worse, the illness is even becoming more common.

According to the CDC, Lyme disease cases, a bacteria spread through a bite from an infected tick, have more than doubled since 2001. The disease joins many others that are up due to bug bites that have spiked across the country. This increase in cases is partially due to climate change and also the lack of a vaccine for Lyme disease.

Although there are vaccinations for dogs to help prevent the disease, there is currently no answer for humans.

Lyme disease is spread by black-legged ticks, characterized by dark-brown legs and dark brown spot on their backs.

Symptoms of the disease can include headaches, migraines, fever, fatigue and a skin rash. Luckily, Lyme disease can usually be treated within a few weeks with antibiotics. But, if left untreated Lyme disease can cause an infection to spread to the nervous system, joints, and even the heart.

So, if antibiotics are available for treatment of the disease, why isn’t there a vaccine?

That’s almost a bit of a trick question. There actually is a Lyme disease vaccination, developed in the 1990s and approved by the FDA in 1998. The vaccine was called LYMErix.

LYMErix was given in three doses throughout a year-long span and was not approved for use of individuals under the age of 15. In its short span of use, LYMErix was able to prevent the disease in up to 90 percent of the people that received it.

Three years after its approval from the FDA, LYMErix was shelved due to a fears that it could lead to arthritis through an autoimmune reaction. Although there were no cases of this happening in humans, it was a hypothetical situation in which some believed the immune system could overreact.

The situation did finally ring true in a 2000 study. Scientists found that the vaccine may have contributed to the development of arthritis in hamsters.

But, this same vaccination has been given to dogs since its FDA approval and there have been no side effects.

Despite no evidence of the vaccine causing arthritis in humans, a media frenzy and fear caused manufacturers to pull the vaccine off of the market.

To this day, no study done by the FDA found there to be any association with LYMErix and arthritis. But, the drug still remains on the shelf. There is no sign of it being taken off the shelf anytime soon.

Valneva, a French biotech, is in Phase I of a clinical trial of a new vaccine candidate for Lyme disease called VLA15. The vaccination is designed to increase the number of antibodies to attack the bacteria that holds Lymes disease and prevent it from spreading.

VLA15 is currently the only Lyme disease vaccine in clinical trials at the moment. That being said, it earned fast-track approval by the FDA in 2017.

With no vaccine available, how can you avoid Lyme disease?

Staying free of tick bites should be the first priority.

Make sure to cover up when heading into wooded areas, where the insects largely live. Wear a hat, long pants, and long sleeves. You should also use insect repellent and check yourself immediately for ticks if you were in a wooded area or in long grass.

If you do find a tick, make sure you remove it as soon as possible. You should grasp the tick with a pair of tweezers near its head or mouth. Pull out the tick slowly and steadily; do not crush the tick, for the mouth may still remain intact.

Have you ever had a run-in with Lyme disease? Still curious about this possible vaccine? Let us know in the comments, or via Facebook and Twitter.