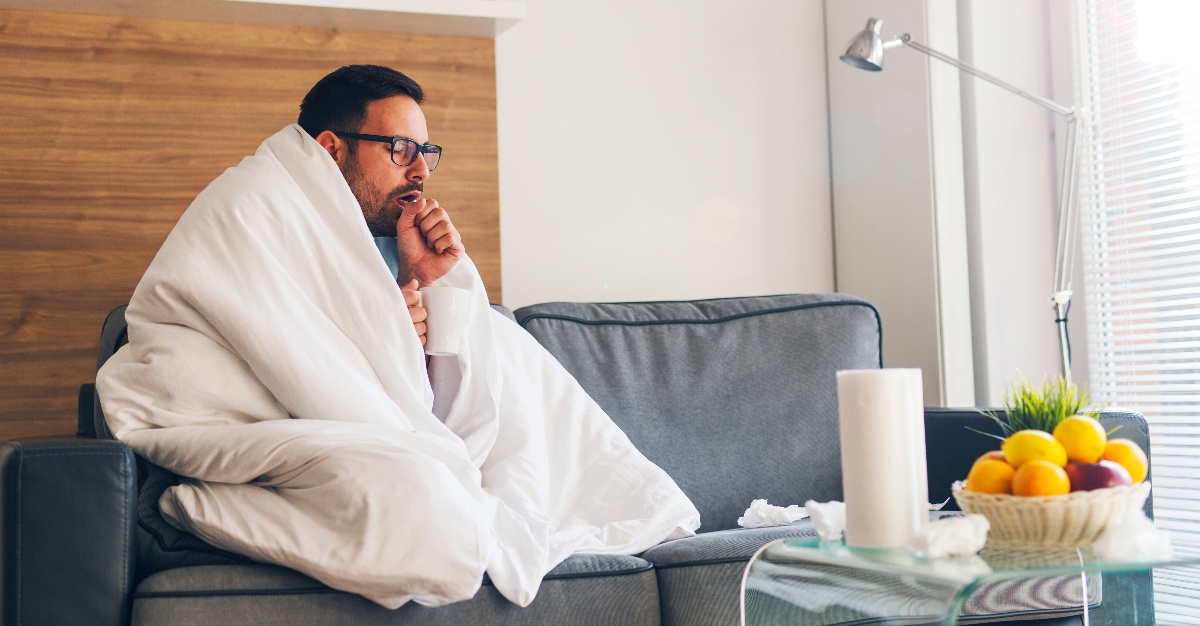 Did you know that there are more than 200 viruses that cause the common cold? Meanwhile, only three known viruses are behind the flu?

Cold and influenza viruses are common contagious illnesses that affect millions every year. Typically, the height of flu season is from October through March, and the cold season is between August and April.

As you can see, some of these months overlap.

So, does that mean you can only be sick with one virus at a time? Or, is it really possible to get sick with both a cold and flu virus simultaneously?

The Flu Virus vs. a Common Cold

A new study published in the journal Proceedings of the National Academy of Sciences looked into this question. The team found that yes, it is possible to be sick with a cold and the flu viruses at the same time; although, it’s not the norm.

The researchers conducted their studies in Scotland in the United Kingdom with 36,000+ participants who had various respiratory infections. The illnesses included adenoviruses, influenza A and B, rhinoviruses, and respiratory syncytial virus. The scientists followed these individuals from 2005-2013.

Medicine Net says that the flu viruses are stronger than the cold viruses and tend to overtake the cold that a person has been exposed to. So, when a person has both viruses in their system, the flu wins.

According to the site, Dr. Selma Nickbakhsh, one of the researchers from the University of Glasgow, goes on to explain the results of the study. “Our key finding shows that competition with flu in winter may explain why cold infections tend to diminish during winter seasons.”

Dr. Nickbakhsh elaborated, focusing on the rhinovirus, a very common source of the cold. She notes a regular decline in rhinovirus cases during the winter when flu season usually heats up. “In the same way, as lions and spotted hyenas compete for food resources, we believe respiratory viruses may be competing for resources in the respiratory tract,” said Dr. Nickbakhsh.

The results show that about 70% of the people in the study will probably not get sick with colds if they are already battling the flu.

How to Help Prevent Both Viruses

You’d think that having the flu and a cold at the same time isn’t possible. While it’s less likely, we now it’s still possible to house both viruses simultaneously.

Luckily, there are a few things that are proven to be effective in preventing you from getting sick:

Do you have any questions about staying healthy during the flu season? Have you received your vaccine for the 2019-2020 flu season yet? Passport Health can help. Give us a call at , or book an appointment online and speak to a travel health nurse.

Have you ever had both the flu and a cold at the same time? Did you know the viruses fight each other to infect the body? Let us know in the comments, or via Facebook and Twitter.