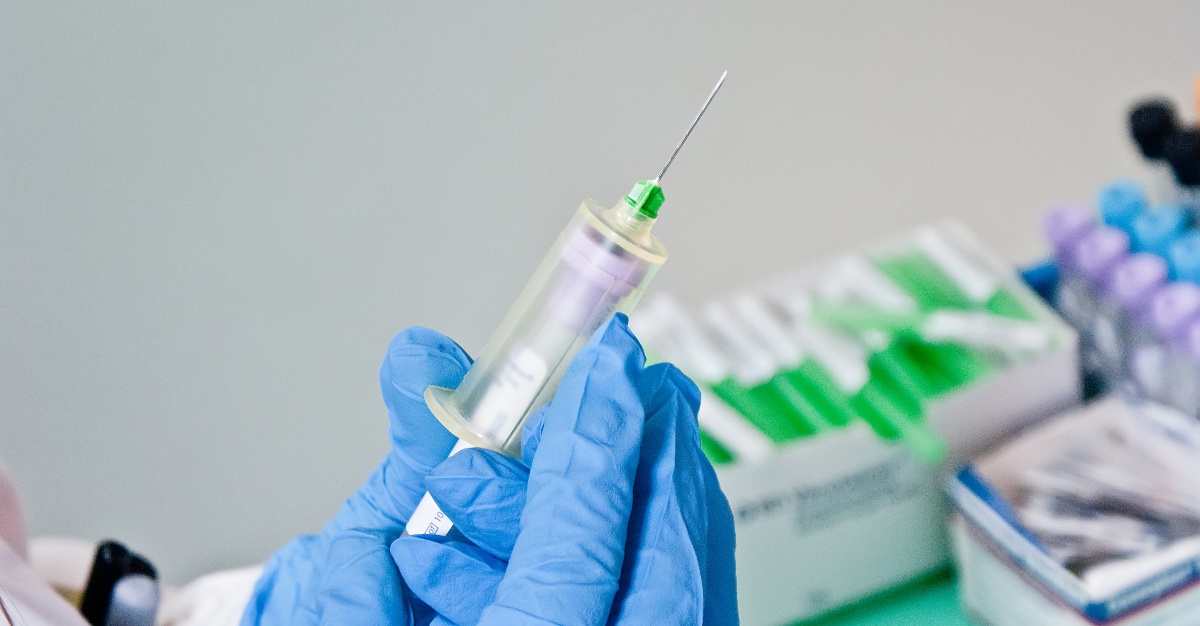 Travelers often have a hard time predicting when a food or drink will infect them with typhoid fever. The Salmonella typhi bacteria just needs to get into a some fresh fruit or a glass of water while at a restaurant, and the traveler catches the disease.

Once they’re infected, the real problems can start. The disease can cause mild symptoms like headaches, loss of appetite, and fatigue. In some cases, it progresses to much more dangerous levels, like stomach pains and a high fever. According to the CDC, typhoid fever can “kill up to 30 percent of people who get it” and go untreated.

Those eye-opening numbers make the typhoid vaccine that much more important for travelers.

But, researchers from the University of Liverpool and Liverpool School of Tropical Medicine wanted to know if the vaccine could do more. Does the the immunization help against other diseases?

How Does the Typhoid Vaccine Effect the Immune System?

Looking for a way to increase people’s immunity and lower the number of disease cases, researchers looked at what else the vaccine does. They found that vaccination with weakened strains of Salmonella could strengthen immune systems and protect against other viruses and diseases.

While this news could improve health more millions of people, it’s not the first such result.

In the past, studies looked at the unknown effects of similar live-attenuated vaccines. They found the vaccines for polio and measles aids the entire immune system. According to Medical Xpress, they “generate a wider protective response and lower all-cause mortality.”

Current research in the United Kingdom investigates similar protection from the Ty21a vaccine.

For the study, researchers looked at a small group of 16 healthy adults living in the U.K. They determined the typhoid vaccine’s impact on their immune system over a period of six months. This allowed researchers to focus on two areas: white blood cells that fight infections and messengers for the immune system. They found the vaccine could strengthen the immune system’s response against unrelated infections.

Professor Melita Gordon from the University of Liverpool and Malawi-Liverpool-Wellcome Trust Clinical Research Programme, is the study’s principal investigator. She noted the importance of the typhoid vaccine’s extra benefits for health around the world. The vaccine protects in three areas: typhoid, similar diseases and completely unrelated illnesses. These results make the vaccine, “a hugely powerful ‘triple threat’ tool for global vaccine development.”

Of course, with any developing study, further research is still required. The next step is more clinical trials and to observe whether the same responses would occur in children. They need tests in developing countries setting where the impact of this vaccine would be greatest.

One of the main hopes for this current research is the effects in the developing world. Broader protection from a single vaccine could potentially save millions of lives. Positive findings could impact the vaccination strategy in these areas.

Luckily, the typhoid vaccine already seems built for this kind of widespread use. The immunization is well-tolerated, easily administered, and on the lower cost of the spectrum.

According to the lead author of the study, Dr. Shaun Pennington, we could see the vaccine used outside areas where typhoid is a risk. Lowering worldwide disease risk would have a huge global impact, but would further help those in developing countries.

For many of these areas, common vaccines can be scarce. Travelers can bring diseases that the country is completely unprepared for. A widely-used typhoid vaccine that helps the whole immune system would reduce those problems.

But, for now, we at lease know the vaccine helps prevent the very dangerous typhoid fever. Although rarely found in the United States and Canada, it is common to some of the world’s most-populated nations. Pakistan has even dealt with an outbreak of a drug-resistant typhoid superbug.

While we wait for further benefits from the immunization, the typhoid vaccine still offers the best protection against one disease.

Do you have any further questions about the typhoid vaccine? Are you planning a trip to an area endemic with typhoid? Passport Health can help! Give us a call at or book an appointment online.

Had you heard of this potentially groundbreaking study? Have you ever received the typhoid vaccine? Let us know in the comments, or via Facebook and Twitter.