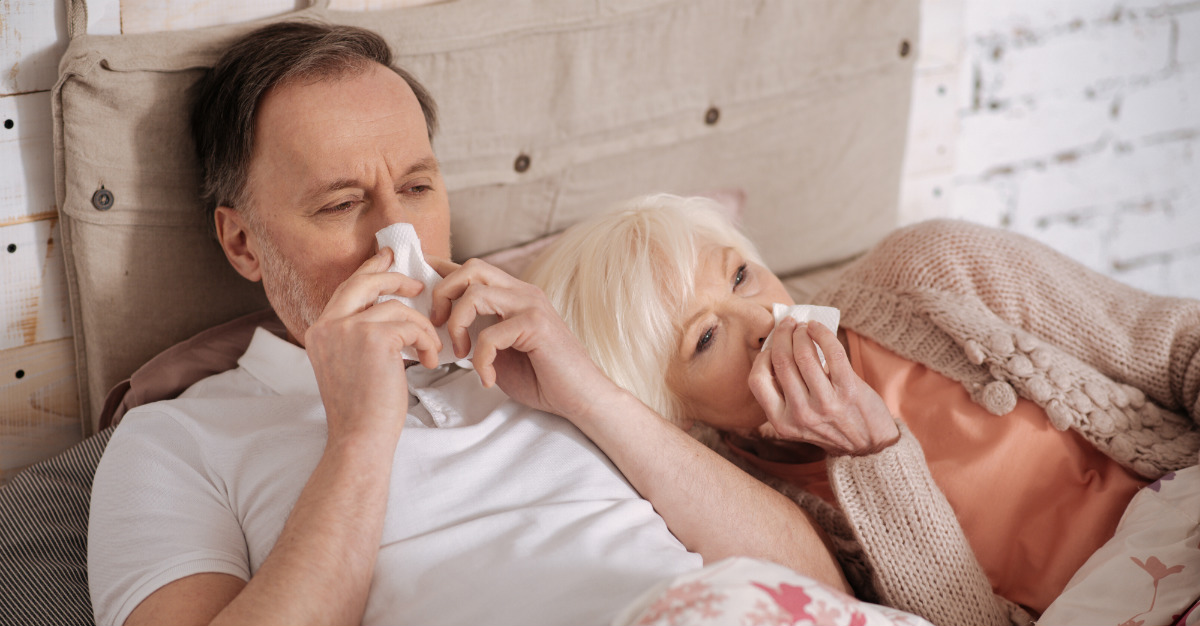 It’s long been understood that our immune systems get worse as we age.

But, recently scientists conducted a study for a virus that causes a different effect. In the study, the virus can trigger an older persons immune system to fight other pathogens.

The new study was conducted on the virus called Cytomegalovirus, or CMV. Not only does the virus prove helpful, but also very common in humans. According to the CDC, the virus infects one-third of children before they turn five.

It is a type of beta-herpesvirus, but unlike other forms of herpes, CMV doesn’t have any symptoms. As with other similar diseases, many people aren’t aware they have the illness. Unfortunately, there isn’t a cure for CMV disease. You can contract the virus through exposure to body fluids, such as blood and saliva.

The scientists who conducted the study were from the University of Arizona College of Medicine. Scientists know that when the immune system is exposed to a virus or infection, it’s triggered because the body is trying to protect itself and get rid of these invading toxins. So, when a person contracts CMV, their immune system is in a constant active state, working to eliminate the virus.

The study intended to show how this virus could affect the older population and what effect it had on their immune system.

The researchers first infected one group of older mice with CMV, and another group was left in their natural state. Next, scientists injected Listeria into both groups of mice.

Listeria is an illness that comes from ingesting contaminated meats and fruits and vegetables. Recently the virus even made headlines for an outbreak in South Africa. This situation appeared to align with all other bouts of listeria. Consuming undercooked meats and unwashed produce allowed the bacteria to spread. Both these the produce and meats are highly susceptible to this bacterial infection.

Mice infected with CMV fought the bacteria and didn’t become infected. Alternatively, the mice with only Listeria lacked an immune system able to combat the bacteria.

The scientists conclude that this is because CMV activates the immune system which in turn triggers the production of white blood cells to fight the virus.

White blood cells, also called T cells, protect the body from infection. The overabundance of T cells that come from CMV make a person less likely to become sick with other illnesses.

What can we do with this new research?

According to one of the team members, the plan is not to infect humans with CMV. “Rather, we want to identify the hormones that are made in our bodies in response to the virus,” said Dr. Janko Nikolich-Zugich. According to Newsweek, the doctor expects the team to put this research into vaccines. We may even see the increased hormones in immunizations to improve their viability.

Nikolich-Zugich added that they would look beyond Listeria. If CMV helps defend against this bacteria, they would still need to prove its effects on other viruses. “All that would have the potential to extend human lifespan and health span,” said Nikolich-Zugich.

Had you heard of CMV? Are you still wary of a virus that can protect humans? Let us know in the comments, or via Facebook and Twitter.