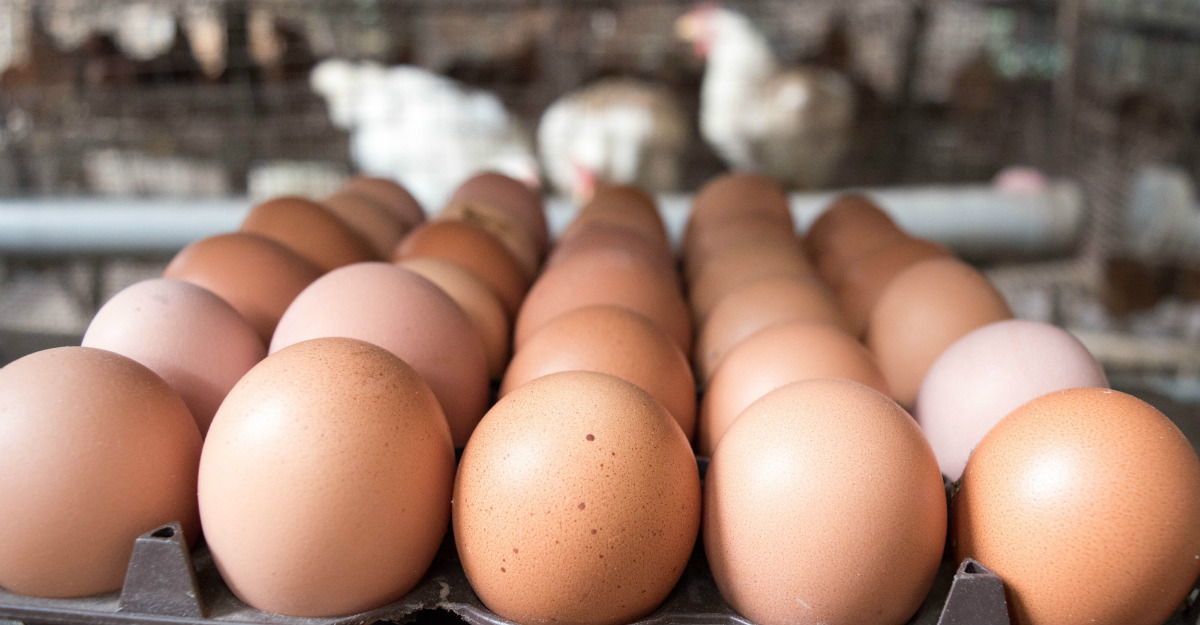 The United States’ current salmonella outbreak has led to a staggering recall of over 200 million eggs from Rose Acre Farms. But, how did this shell egg illness event happen and why is salmonella such an issue?

As of May 17, the CDC’s current case count is 35, with 11 total hospitalizations. It can take time for more illnesses to be reported so the number could change in coming weeks.

The multistate outbreak has almost exclusively been affecting the East Coast so far.

New York and Virginia each currently have eight illness reports, while several other states have noted only one as of May 16.

How did this event happen?

Unfortunately, no one truly knows how this event happened.

The CDC, FDA and many public health and regulatory officials are looking into how the outbreak started. Approximately 207 million shell eggs have been recalled from Rose Acre Farms in Seymour, Indiana.

Salmonella, in varying forms, has been at the root of several outbreaks in spring 2018 alone. Recent outbreaks involved dried coconut, pet guinea pigs and kratom. The total case count from all four incidents stands at approximately 189.

How is salmonella spread?

While the disease can spread in various ways, the most common method is through food.

The bacteria spreads when fecal matter from an infected animal gets into food. The most common foods to spread salmonella are eggs, milk and raw meat. Besides food, a person can get the disease from water, or in rare cases, physical contact with an infected animal or person.

What symptoms can salmonella cause?

Salmonella infection can often cause issues such as diarrhea, vomiting, abdominal cramps and fever.

Why is salmonella dangerous?

Infection brings on diarrhea and some may experience bowel problems for months. Some cases require hospitalization due to severe diarrhea. Infection can spread from intestines to the blood stream and then on to other body sites, which could lead to death.

A small number of cases will lead to reactive arthritis.

Who is most adversely affected by salmonella infections?

Children are at the greatest risk for Salmonella infection. Groups including infants, the elderly and people with weak immune systems will be more likely to develop severe illness.

During this specific outbreak, people are advised to not eat, serve or sell the recalled eggs from Rose Acre Farms’ Hyde County farm. You should also wash and sanitize surfaces that had contact with the eggs, such as drawers or shelves in refrigerators.

It’s important to remember that it is an egg supplier which was affected, so numerous brands of eggs are included in the recall. Those affected brands include: Coburn Farms, Country Daybreak, Food Lion, Glenview, Great Value, Nelms, Publix, Sunshine Farms and Sunups.

In general, you should always handle and cook eggs safely. Wash hands and items that come in contact with raw eggs.

If you think you may have salmonella, consult your doctor as laboratory testing is necessary for diagnosis. You may need hospitalization and antibiotics. Anti-diarrheals may also be helpful.

Have you or anyone you know been affected by the salmonella outbreak? Were you aware of how many eggs had been recalled? Had you bought any of them? Let us know in the comments below, or via Facebook and Twitter.