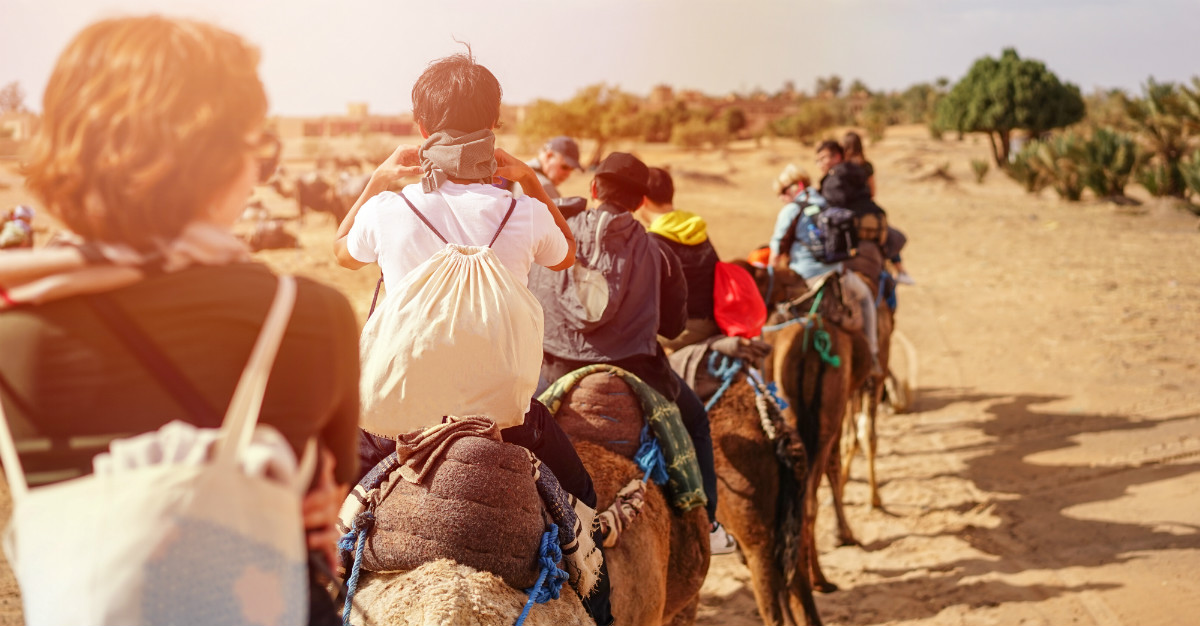 Though deserts can be some of the most daunting places for travel, people across the globe are still flocking to the arid regions.

Over the years, desert tourism has fast become a popular travel option for those seeking a change of pace. As it turns out, the desert is a great place to thaw out and enjoy the sun during the cold winter months. The Middle East offers some of the best places for desert travel and the most popular destinations include, the Sahara Desert, the White Desert, and the Great Pyramid at Giza.

Take the Sahara Desert for example.

The winter months of this massive desert certainly don’t feel or look like the cold season. Few places on Earth can match the beauty and splendor of the Sahara. Hike across the dunes on camelback or on foot.

The desert resides on the western border of Morocco and spans an area nearly the size of the United States. The Sahara is an artistic mecca of sand dunes, rocks and other forms. Follow in the footsteps of weary travelers from the past by traversing the dunes, visiting city markets along the way.

It’s those golden dunes that bring both photographers and adventurers to the desert.

The mountains of sand morph into different shapes with the wind, creating some otherworldly looks. Often called ergs, the dunes are also soft enough for sandboarders to visit from around the world. While it’s known to be an exhausting activity, thrill-seekers can get the boards to break-neck speeds.

Here are a couple of the other locations that are leading the desert tourism trend:

Located in the Farafra depression in Western Egypt, the White Desert offers hundreds of miles of unusual rock formations that were formed millions of years ago. These stunning forms stretch out over miles, standing tall above the desert’s chalky floor.

It’s upon nightfall that the desert gets a different look.

The moon and stars reflect on the rocks and sand, giving the whole desert a dramatic look highlighted by a celestial glow. The White Desert lives up to the name, as it’s filled with miles of ivory white sand.

Known to the locals as el Sahara el Beida, the small city of Farafra is also benefiting from this tourism boom. The city now brings tourists to a part of Egypt that they may have otherwise ignored.

The Great Pyramid of Giza

It’s no surprise that the Great Pyramid at Giza is considered one of the seven wonders of the world.

Built around 2560 B.C. for the Pharaoh Khufu, the Pyramid at Giza was touted as the tallest man-made structure in the world for nearly 4,000 years. Excavations of the pyramid’s interior of the pyramid began in the late 18th and early 19th centuries.

The massive structure itself is perfectly aligned with 2.3 million stone blocks that weigh as much as 30 tons each. There are even plans in place to bring more attractions to the pyramid, while getting rid of local scammers.

Many travelers are wary of visiting Egypt at the moment. Fears of safety have taken a toll on some tourism sites, including the pyramids. While there are many places to avoid in Egypt due to terrorism threat, the tourism sites are widely considered safe.

Worried about your safety when traveling to other deserts in the Middle East? Take a look at our breakdown of the safe and unsafe tourism sites throughout the region.

Do you have any other questions or tips for desert tourism? Let us know in the comments or via Facebook and Twitter.