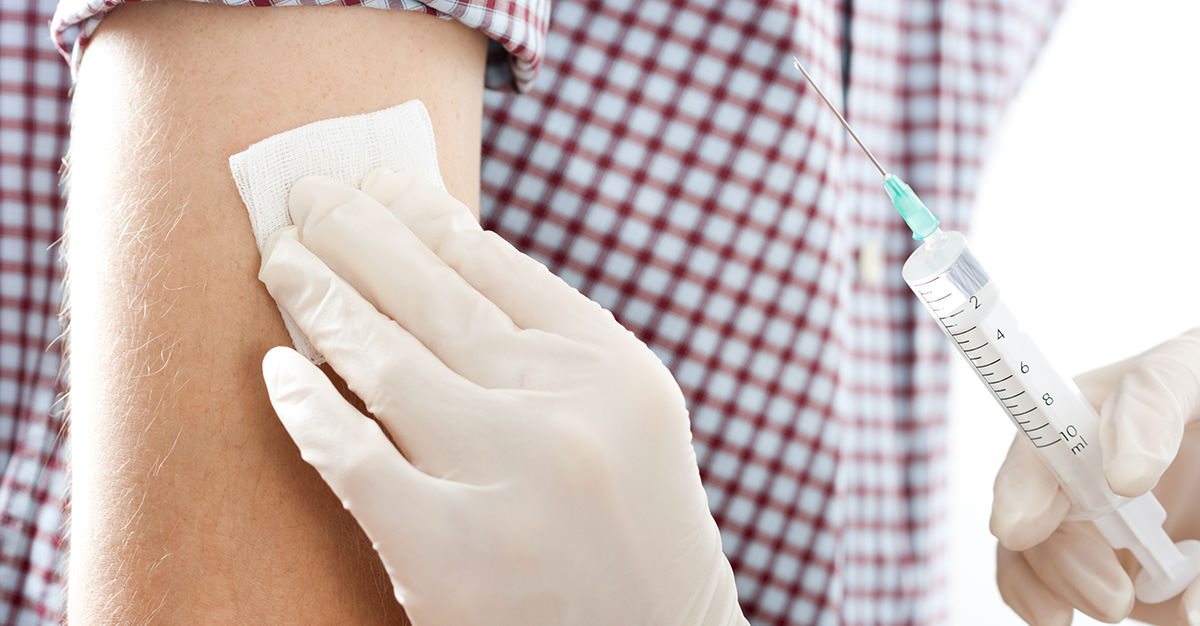 The weather is getting cooler, the holidays are coming up and there’s televised football almost every day of the week. The late part of the year is rich in annual traditions to enjoy, although not all these certainties are fun.

Flu season is an uncertain date. The timetable for peak diagnoses varying from October in some years, to April and May in others. But, flu season is getting closer and time is running out to take early action against the disease with an annual flu shot.

There are several myths surrounding flu shots. But, don’t worry, the shot will not make you sick with the disease or give you a deadly amount of mercury.

What the flu shot will do, is focus on and prevent the spread of the many influenza types each year.

What Ingredients Are In the Flu Vaccine?

Why Is Formaldehyde In the Flu Shot?

This compound is the reason that it’s a myth that you can get sick from a flu shot. Like many vaccines, a flu shot does contain the virus that it is preventing. That’s where formaldehyde comes in, to deactivate the virus and prevent the toxins from causing illness.

In large doses, formaldehyde is toxic and deadly. In order for a human to receive a lethal amount of formaldehyde from a flu shot, they would need to take over 10 million doses in a day. This is due to the molecule’s dilution during the manufacturing process and tiny amount that is present in each shot.

Why Are Aluminum Salts In the Flu Vaccine?

Aluminum is another common part in all vaccines. It is an adjuvant to help build the body’s resistance against the disease. Adjuvants are also active in preventing sickness from the disease after receiving the shot. Aluminum is the most used adjuvant in vaccines for over 80 years.

Like all the ingredients in a flu shot, aluminum’s dose is incredibly small, so small that it’s more present in your drinking water.

What Is Gelatin Doing In a Flu Shot?

Gelatin serves a simple purpose in a flu shot: keep the vaccine effective between manufacturing and use.

For those that are against consumption of animal products or have an allergy to pork, this ingredient may be an issue. Most flu vaccines use a pig-based collagen as their stabilizer.

But, for anyone with no problem eating candy or marshmallows, both of which use pig-based gelatin, the amount in a flu vaccine won’t be an issue.

Why Do Some Flu Vaccines Contain MSG?

Usually an ingredient you’d find in processed foods, the additive MSG (monosodium glutamate) is also found in some flu vaccines administered via a spray. The substance, along with other sugars, does the exact same job as gelatin.

Once the vaccine is produced, it can lose potency and effectiveness before it’s administered to a person. That’s what stabilizers like MSG and sucrose can prevent.

Much like other ingredients on this list, the amount of MSG and other additives in the flu shot is very small. Although it may not be part of the healthiest diet, the human body is safe to take 6,000mg/kg of MSG every day. That amount far exceeds the minimal amount found in some vaccines.

Why Is Thimerosal Part of the Flu Vaccine?

Thimerosal is not active in all flu vaccines, but is fairly common. This compound keeps bacteria and fungi from growing in the vaccine which can otherwise happen when a syringe is in a vial.

Thimerosal does have an ethylmercury base. This is not the same common mercury that can cause illness in large doses. Methylmercury, the mercury found in seafood, can stay in the body for years. Ethylmercury stays in the blood for far less time, often just a few days, and is safe for vaccines.

Still unsure if we should use thimerosal in the flu shot? Take a look at our blog post breaking down the chemical and its history with vaccines.

What Purpose Do Chicken Egg Proteins Serve In a Flu Shot?

The virus needs somewhere to grow before it’s in the vaccine, and that’s where eggs can be useful.

For most flu vaccines, the virus copies itself while in fertilized chicken eggs. It’s then separated from the egg and is ready for vaccination.

Sometimes egg protein remains in the virus after the process. This may also be a problem for those against animal consumption.

Recent studies show the flu shot is usually safe for those with egg allergies. Be sure to note your condition to a medical professional before receiving your vaccine.

Why Are Antibiotics In The Flu Shot?

The running theme for these ingredients is to keep you from getting sick, and antibiotics are no different.

The antibiotics in a flu shot keep bacteria from getting in the eggs, which aren’t sterile. To avoid allergic reactions, ones that can cause severe reactions, like penicillin, are not used. Instead, neomycin, often found in lotions and ointments, is the main antibiotic.

To learn more about influenza and the flu vaccine, check out our influenza page.

Would you like to have a flu clinic in your workplace? See our onsite flu clinic page to learn more about our options.

Leave a Reply to Will Sowards Cancel reply