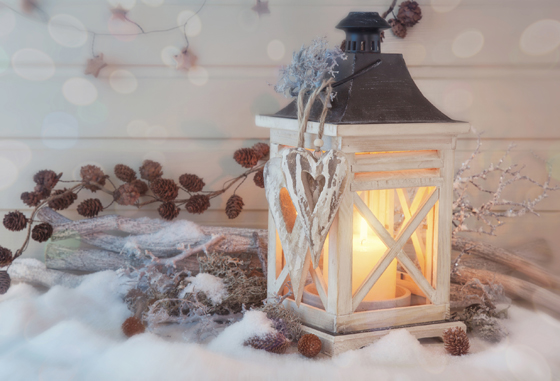 December marks the beginning of the holiday season not just in North America but also in many different parts of the world. Across diverse countries and cultures, a variety of winter holidays are celebrated this month. Whether you are in Toronto or Tennessee, Hong Kong or Hamburg, the holidays described below provide festive reason to travel during the winter months!

This holiday, celebrated by billions around the world, is a religious and cultural holiday commemorating the birth of Christ. Common celebrations that are well known in the US include exchanging gifts, playing Christmas music, decorating a Christmas tree, and enjoying a special meal. However, many other nations honor this holiday in unique and unexpected ways. For example, you can travel to the Philippines to experience the longest Christmas celebration in the world; festivities begin in this nation in September and include placing a star shaped lantern, called a farol, in all windows as a reflection of the Star of Bethlehem. If you are seeking a warm destination for Christmas, consider a trip to Australia, as Christmas falls in the middle of the summer in the Southern Hemisphere! You can celebrate the day on the beach with about 40,000 Australians on Bondi Beach in Sydney. Alternatively, if you prefer a more traditional, white Christmas, take a trip to Finland where this holiday is taken so seriously that a Declaration of Christmas Peace is read every Christmas Eve at noon (and has been since the 13th century) in the Southern parts of the country. The declaration notes that any behavior that challenges the holiday spirit “shall under aggravating circumstances be guilty and punished according to what the law and statutes prescribe for each and every offense separately.” So, enjoy your celebrations, but be sure not to get out of line!

This eight-day Jewish holiday commemorates the rededication of the Holy Temple in Jerusalem two-hundred years before the birth of Christ. Also known as the “Festival of Lights” or “Feast of Dedication,” this holiday is observed by the lighting of candles or other lights of the menorah, a unique candelabrum.

Each night for the full eight nights a candle or candles is lit (the same number as the day). Many menorah have a spot for an additional candle for the purpose of illumination while the other eight are to be used exclusively for remembering the story of the temple in which a one day supply of oil miraculously lasted for eight days.

For unique Hanukkah celebrations, consider a trip to Alsace, France, to see double-decker menorahs with space for 16 lights that were created to allow fathers and sons to join together as they each light their own lights in one single menorah. For a tasty treat, travel to Santa Marta, Colombia, to enjoy patacones, or fried plantains, instead of the traditional potato latkes.

Maulana Karenga created Kwanzaa in 1965 as a week long celebration held in the US and other nations of the Americas that would be uniquely African and give an opportunity for unity and reflection on African culture and heritage. The holiday celebrates seven principles of the Kawaida, a Swahili term for tradition and reason. These are: unity, self-determination, faith, creativity, purpose, collective work and responsibility, and cooperative economics.

Families will often decorate their homes with art, colorful cloths and fresh fruit to represent African idealism. It is customary for children to show respect and gratitude to family members and ancestors during ceremonies. Food and drink is usually shared, and, generally, individuals will drink from a common cup that is passed from one to another. Ceremonies include drumming and musical selections, libations, and selected readings.

Kwanzaa is a non-denominational holiday which is celebrated by individuals of varying faiths as it focuses on remembering African history and culture. A notable celebration is held at the John F Kennedy Center for the Performing Arts in New York City that features interpretive dance and African dance, song, and poetry.

Literally meaning “the extreme of Winter,” this holiday celebrates the beginning of longer days and thereby increased positive energy from having more light. Dongzhi is celebrated in China and some other parts of Asia.

Traditionally, it is a time for families to reunite, and one activity that commonly happens during these reunions is the making and eating of tangyuan, or balls of glutinous rice. These balls are fairly similar to songpyeon used in the Korean thanksgiving festival of Chuseok. Consider a trip to China during the winter to taste this culinary delight!

This day commemorates the day on which the Buddha experienced enlightenment. Celebrated throughout Asia, tradition states that Siddartha Guatauma (the Buddha’s name before he achieved enlightenment) had resolved to sit under a peepal tree and simply mediate until he found the root of suffering and how to liberate oneself from it.

Services and traditions vary amongst Buddhist sects, but all commemorate the Buddha’s achievement of Nirvana and what this means for us today. Many choose to use the day to study Dharma, meditate, or act kindly to one another. Some sects will stay up the entire night practicing meditation as well as sesshin (a Japanese word for intense mediation or gathering of the mind). If you prefer a meditative end to the year, consider a trip to China, Korea, Japan, or Vietnam to celebrate this holiday.

What holiday traditions do you have? Comment below or leave a message on our Facebook page and let us know.