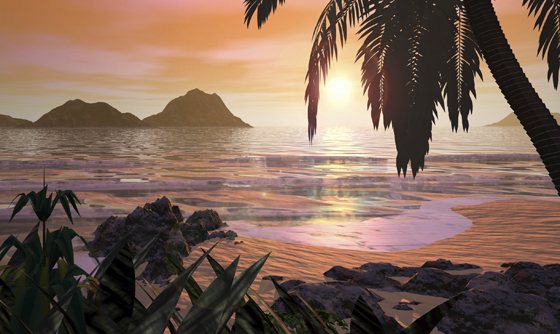 Ideal winter travel destinations vary greatly from person to person. Many head to the mountains to go skiing or snowboarding while others go south to warmer, more tropical climes. However, just like going into snowy weather, there are some perils that come with travel to these tropical regions. For this post in Passport Health’s holiday travel tips series, we look at six diseases and viruses to be aware of if you are traveling to a tropical region and what you can do to avoid running into problems.

This mosquito-borne parasitic disease is one of the most prevalent insect-borne diseases in the world, especially in tropical and sub-tropical areas. The disease is passed to a human when he or she is bitten by an infected mosquito, and it can have some serious complications. While there is no vaccine for malaria, there are plenty of other preventative measures including: mosquito nets, protective clothing, insect repellent containing DEET, and anti-malarial medications. A Passport Health Travel Specialist will advise you about the best strategy for your itinerary if you are traveling to an endemic region.

Malaria is spread by parasites in infected mosquitoes, but yellow fever is spread by virus-infected mosquitoes. These virus-bearing insects are found in the same general areas as malaria, but they are somewhat less common. The incubation period for the virus after infection has occurred is usually three to six days, and symptoms include chills, fever, severe headache, back and body pains, nausea and vomiting, fatigue, and weakness. Luckily, there is a yellow fever vaccine which will help protect you, and the general measures listed for avoiding malaria will be useful as well. Please note, some countries and regions require a yellow fever vaccination in order to enter, so be sure to bring your Yellow Card with you on your trip.

It is estimated that over 100 million cases of this mosquito-borne virus occur each year, most of them in the Eastern Hemisphere. Dengue fever is somewhat similar to yellow fever in terms of causes and symptoms, but there are a few key exceptions: dengue victims will usually show signs of minor bleeding, and the disease can develop into a more serious case of dengue hemorrhagic fever. This more severe variant is very rare but can be deadly. Be sure to take all possible precautions to avoid mosquitoes and mosquito bites especially in areas where open or standing water may be present. Currently, there is no dengue fever vaccine.

The last of our mosquito-borne diseases, Japanese encephalitis, occurs mostly in Asia and parts of the western Pacific. Most people who are infected by the virus-carrying mosquitoes show only mild symptoms or no symptoms at all, but a small percentage of the population can develop more severe symptoms. The worst of these is inflammation of the brain (or encephalitis) and is often accompanied by seizures. These cases are rare, occurring in a small percentage of the population, but they are possible and have severe consequences. In addition to taking standard precautions against mosquitoes, it is also advisable to get a vaccination against Japanese encephalitis especially if: you will be staying in an endemic region for more than a month, you are traveling to an area with an ongoing outbreak, or if you will be engaging in outdoor activities for long periods of time in an endemic region.

This parasitic disease can be found in the tropics, subtropics, and some parts of Europe. However, unlike its parasitic cousin malaria, it is spread not by mosquitoes, but rather by infected sand flies. Leishmaniasis generally develops into one of two types of infection, either cutaneous leishmaniasis or visceral leishmaniasis, and, when combined, they infect just under 2 million people each year. The cutaneous variant of the parasite usually causes small sores on the skin that may scab over or crust over and can be painful. It can also cause swelling in glands that are near these sores. Visceral leishmaniasis will sometimes be a silent infection (showing no signs or symptoms), but those who develop symptoms will generally have fever, weight loss, swelling of the spleen and liver, and abnormal blood tests. Leishmaniasis is the least dangerous infection on this list. Those most at risk include: adventure travelers, ecotourists, Peace Corp volunteers, missionaries, soldiers and outdoor enthusiasts. The best way to avoid the sand flies that carry the disease (and leishmaniasis itself) is by minimizing the amount of exposed skin and using DEET-based insect repellents.

Spread by triatomine bugs, Chagas is a parasitic disease endemic to Central and South America. These blood-sucking insects pass the parasites on to their host through their feces, and spread of the disease occurs when the feces is accidentally rubbed into the bite by an unknowing person. Chagas can also be acquired by eating uncooked food contaminated by the triatomine bugs. Chagas infection proceeds in two phases. First is the acute phase, generally characterized by fever and fatigue. At this stage, the disease is often undetected as it is so similar to other infections. Then, comes the chronic phase which can include cardiac and intestinal complications which, though rare, can be life threatening. Treatment generally involves antiparasitic medications and sometimes symptomatic treatment depending on the stage of infection. The best prevention is sleeping in well-constructed facilities. But, when this is not possible, the CDC recommends using bed nets, insect repellents and protective clothing to avoid infection.

Have you ever contracted one of these ‘southern’ diseases? What has been your experience in prevention of these infections? Comment below or on the Passport Health Facebook page and tell us what you’ve done to overcome these issues.