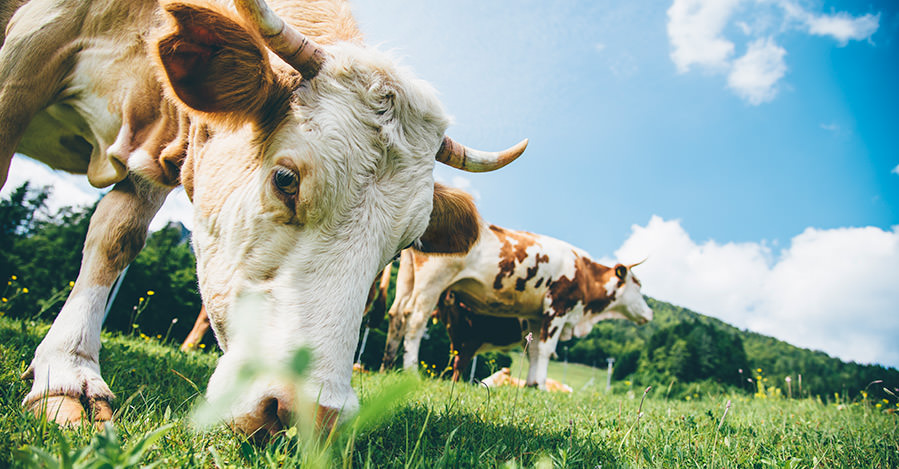 Today, few question the legitimacy of a vaccination. Even fewer people consider a time when vaccinations were completely nonexistent. It is bizarre to think we owe our thanks to a cow, a dairymaid, an eight-year old boy, and the doctor who made a connection between them all.

People refer to Dr. Edward Jenner as “the father of immunology”. Immunization was not new, but Jenner was the first to study and document vaccination use. His curious experiment has saved an innumerable amount of human lives.

Smallpox was the greatest killer of Jenner’s time. In its most common form, the virus killed about 30% of those who caught it. It was the most feared disease that reached every part of society – even royalty suffered from it.

Smallpox is a virus that causes flu-like symptoms later accompanied by raised pink spots that grow over time. The spots cover the entire body. If the victim recovers, the blisters will shrivel up and fall off. They often leave behind sunken scars.

A similar but far less deadly disease than smallpox, is cowpox. This virus, which originates from cows, can transfer from animals to humans. It wasn’t uncommon for dairymaids to experience the mild infection. They would feel run down for a couple of days and develop some pocks, usually on their hands. Other than this, the sickness was harmless and did not cause any concern.

Jenner took note of dairymaids’ natural immunity to smallpox. Many believed that those who had contracted cowpox were immune to smallpox.

Years later in 1796, a dairymaid consulted Jenner about a rash on her hand. Seeing the mildness of the infection, he diagnosed her with cowpox. She later verified to him that one of the cows she was working with recently had cowpox. Jenner saw this as his golden opportunity to prove the disease’s protection from smallpox.

To test his hypothesis, Jenner needed someone who never contracted cowpox or smallpox before. His gardener’s eight-year old son served as a perfect candidate. Jenner collected drops of fluid from the sores on the dairymaid’s hands and injected a small amount into the healthy boy’s arm. The boy became mildly ill with the cowpox infection, but recovered about a week later.

Two months later, Jenner injected some fluid from a smallpox sore into the young boy. As Jenner expected, the boy never became sick. To confirm his findings, Jenner continued to test the boy’s immunity. Hi various experiments all proved his hypothesis correct.

Jenner soon coined the word “vaccination”, of which the root word is derived from the Latin word “vacca”, meaning cow. Jenner published his research and discoveries, excited to share his success with the world.

Despite the success of Jenner’s techniques and findings, he faced opposition from others in the medical field. One criticizism was that cowpox wasn’t common. It was usually found in rural areas with farms having cows and dairymaids. This meant many doctors would have to get the vaccine from Jenner.

Edward Jenner continued to attempt to win approval as well as spread his new vaccine to the world. He came up with new, easy ways to have the cowpox matter widely transported. He was successful in his commitment to his scientific discovery.

Jenner’s work helped eradicate smallpox. Samples of the virus only exists in two labs permitted and trusted to secure it.

Jenner himself laid the foundation of vaccination as we know it today.

To learn more about the various vaccines that have been made since Jenner’s development, see our main vaccinations page.

Passport Health specializes in travel medicine, to schedule an appointment for your upcoming trip call or book online now.

How do you feel about Dr. Edward Jenner’s experiments? If you were living during his time, would you agree with his testing on an eight-year old boy? Leave your comments below, on Facebook, or via Twitter.

"How Cows Helped Jump Start Vaccines is republished with permission of Passport Health."