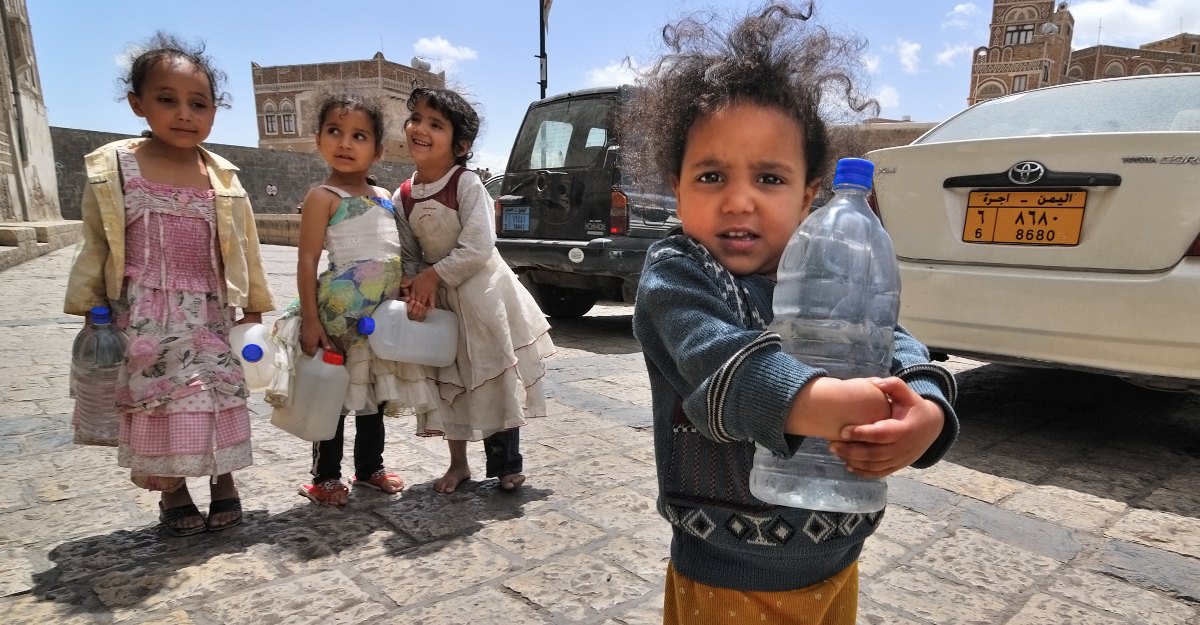 The CDC recently issued a travel alert for Yemen due to the country’s extensive cholera outbreak. The ongoing epidemic is already considered the worst recorded event of its kind in history – and it’s not over yet. Almost 20,000 suspected cases of the illness occurred recently in just one July week.

Overall, the epidemic has affected a considerable amount of the country: 22 out of 23 governorates and 301 out of 333 districts. From the start of the outbreak in October 2016 to June 2019, over 1.8 million potential cholera cases and 3,500 deaths have been reported.

More than 460,000 suspected cholera cases have occurred in Yemen in 2019 alone. There were 19,459 possible cases and 11 associated deaths during the one-week period between the 15th and the 21st of July.

Unfortunately, the problem behind the outbreak is more than just the illness.

What is the Cause of the Epidemic? Why Has the Problem Continued So Long?

Cholera is an infectious disease caught by ingesting food or water which is contaminated with Vibrio cholerae bacterium. The most common symptom from this infection is intense watery diarrhea. If left untreated, symptoms can lead to dehydration and potentially death.

Experts used genomic analysis of Vibrio cholerae samples to pinpoint the particular strain of cholera behind the Yemeni epidemic. They found it previously circulated in Eastern Africa in 2013 and 2014. The bacteria then moved into Yemen with African migrants in 2016. This finding was somewhat unexpected since scientists believed the strain would have likely come directly from South Asia or the Middle East.

But, how did the single strain become such an overwhelming problem?

While there isn’t usually a singular cause for outbreaks, especially one of this size, the armed conflict in Yemen is easily a major source. Ongoing strife has greatly contributed to the intensity of the cholera epidemic.

War between the Yemeni government and Houthi rebels has diminished patient and population access to healthcare. Clean water, vaccinations and other needed help have also become scarce. Other factors like rising fuel costs, reduced imports, severe inflation, waste disposal problems and a general lack of awareness about the disease hurt local communities.

These conditions created a perfect storm for the cholera bacteria to thrive.

Though aid agencies and hospital workers have successfully saved many patients, a lot more work needs to be done to stop the crisis facing Yemen.

How can the Cholera Epidemic be Stopped?

There are many groups working to stop the cholera problem in Yemen.

The WHO has sent technical support teams to the country and upped the emergency care sections at the Al Thawra Hospital in Sana’a by installing an oxygen station and equipping the intensive care unit with medical equipment.

The United Nations organization has been notable in its call for action. The attention helped ensure that approximately 540,000 women, children and men were given a first dose of the cholera vaccine in Hudaydah and Ibb governates in August 2018. Health workers were mobilized later in the year to provide a second inoculation to those in need.

For recent assistance, a new anti-cholera campaign was launched in Yemen by the UAE toward the end of July 2019. The first day of the campaign involved distributing medicine, medical supplies and antibiotics to the health center in Al Hamli. Additionally, teams were sent to treat cholera patients and raise awareness about the illness to the local people.

Besides the efforts of outside organizations, people on the ground are making a tremendous difference.

Despite an immense shortage of staff and supplies, healthcare workers are fighting the odds to treat desperate patients in hospitals and temporary treatment centers. People travel for miles with symptoms such as diarrhea, vomiting, nausea and thirst to potentially receive care.

Sanaa doctor Ismail Mansoury describes some of his experience. “We are taking in patients around the clock, constantly … Cholera is spreading widely now. In the past two weeks we have admitted around 1,100 confirmed cholera cases.”

Workers have also been spraying streets, garbage and drains with disinfectant and disposing of garbage from storm drains.

Did you realize the cholera epidemic in Yemen was so bad? Were you aware of all the problems involved in the situation? Let us know in the comments below, or via Facebook and Twitter.