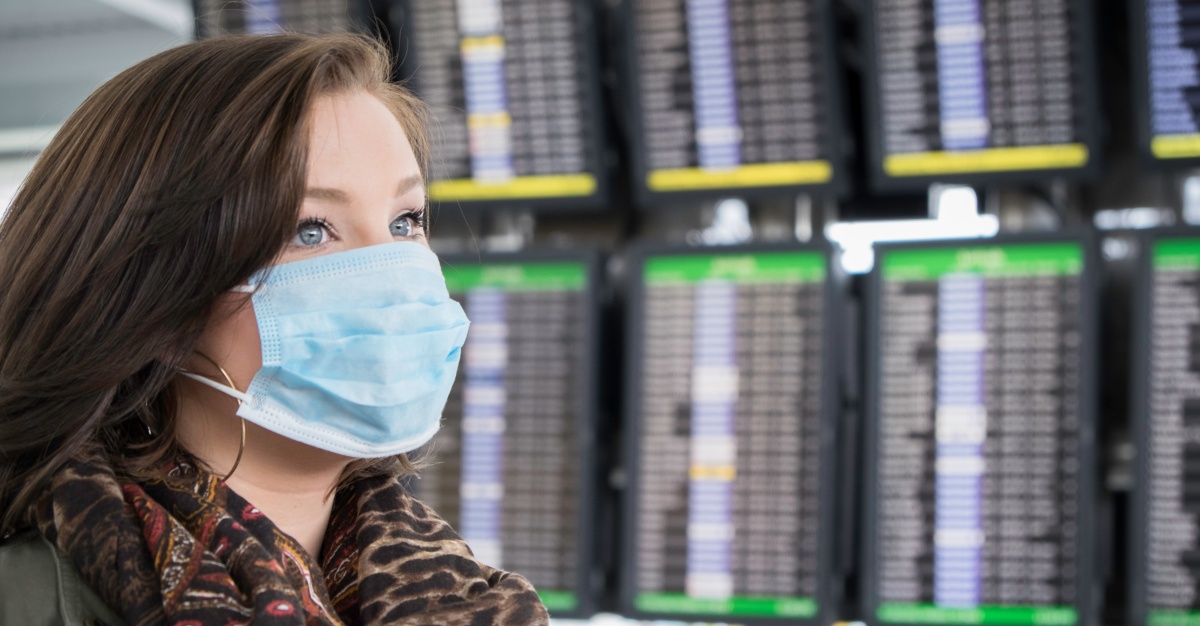 Back in 2000, the CDC declared that measles was eliminated in the United States. Since that time, the disease has made a dangerous comeback across the country.

A new report from the organization revealed that air travel may be the source for many of these cases.

In 2018, 82 people brought the disease into the U.S. after traveling to a foreign country, making up a large portion of the almost 350 cases. The situation gets worse this year, as every cases of the measles can be linked to infected travelers via airplane. That spread adds up to over 200 cases reported in 12 states. Some of these countries include the Philippines, Indonesia, India, and many European countries, including Great Britain, Italy, and France.

Most recently, an airline passenger transmitted measles to two others. According to the New York Times, a traveler from Asia flew to California. But, unbeknownst to him, he was infected with the measles virus and transmitted it to another adult and a child.

Back in 2014, a toddler, who was from India, spread measles to a passerby in the Chicago airport. They weren’t even on the same flight. Although, they did cross paths at the same boarding and departure gate.

The paper elaborated on this trend, stating that last year 81 flights carried at least one person infected with measles, a spike in cases compared to the previous years.

Even travelers at a higher risk of the disease aren’t helpless at diagnosing it. A few key signs make measles easy to diagnose for travelers.

Measles is noticeable thanks to the characteristic rash that it causes. Combined with a few other key symptoms like high fever, fatigue and Koplik spots in the mouth could help some realize they’re carrying the virus. The spots appear 2-3 days after initial exposure. The rash makes itself known about 3-5 days after infection. Some people don’t experience symptoms until 1-2 weeks after coming into contact with the virus.

So, how does this highly contagious virus spread so quickly from person-to-person?

Measles is much like the flu virus in this way. Airborne germs carrying the disease can survive for several hours. Furthermore, the lower the temperature, the higher the survival rate of the airborne virus.

And like flu season, highly-populated locations can be a breeding ground for the virus.

As we’ve seen, both airports and airplanes can help spread measles. This isn’t even a newly-discovered problem, as National Geographic reported on this risk in 2015 when measles cases were much lower. Other common areas like schools, hospitals and grocery stores have also aided in the recent outbreaks.

Any location where you’re likely to touch a contaminated surface can pose a higher risk for measles. Shopping cars, door handles, desks, walls, etc. can carry the virus with most people none the wiser. After you or your children touch these surfaces, you might rub your eyes or wipe your mouth with your hands. After doing this, you can easily become infected with the disease.

But, as we mentioned before, measles is an airborne virus. You don’t have to touch any of the surfaces that are contaminated with the measles virus to catch it. Simply breathing in the some air of an infected person can lead to its spread.

Understanding this risk, the travel industry does have a protocol for disease control.

Airports are required to report passengers who are contagious to local health officials who then notify the CDC. When sickness is suspected and especially confirmed, passengers are not permitted to sit within two rows of the infected person’s seat. Unfortunately, airports don’t have a system for when these stations arise, but many airports are investigating this option.

Have you ever caught an illness while flying with a sick person? Did you know air travel could be the source of such dangerous disease outbreaks? Let us know in the comments, or via Facebook and Twitter.