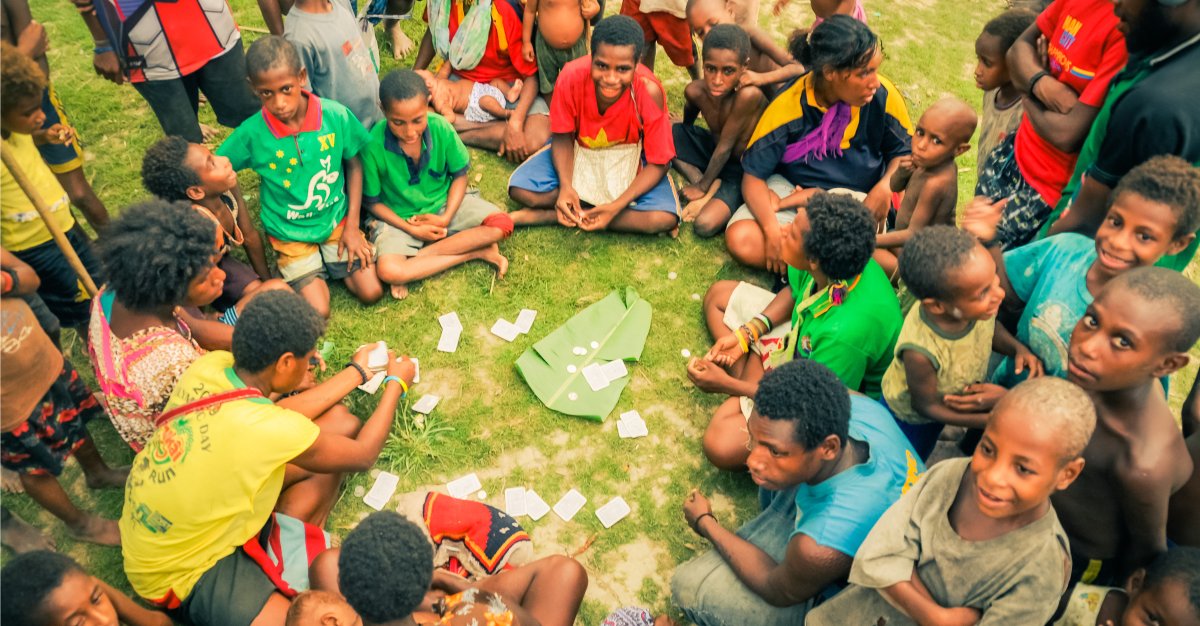 Polio is a nightmare of the past for most of the world thanks to life-saving vaccinations.

But, in the Democratic Republic of the Congo, Syria, Somalia, Kenya and now Papua New Guinea, recent outbreaks have brought a resurgence of the incurable disease where it was once eradicated.

Twelve children in five provinces of Papua New Guinea have been diagnosed with polio since July.

Considering only three countries in the globe are still endemic with polio, how does the virus continue to spread? What can be done to stop it? And why did Papua New Guinea (PNG) become the latest region to experience an outbreak?

Why is Polio Such a Problem?

Polio is short for poliomyelitis and mainly affects children under five years old.

The infectious disease is transmitted through the poliovirus. It is very contagious and is most commonly transmitted in the fecal-oral route, though it can also be passed on in contaminated food or water.

One in 200 infections will lead to irreversible paralysis. Five to 10 percent of paralyzed patients die because their breathing muscles become immobilized.

While there is a vaccine to prevent the spread of polio, there is no cure.

How Did the PNG Outbreak Begin, and Why?

Papua New Guinea’s last confirmed case of polio was in 1996 and it was officially declared free of the disease in 2000. So, how did an outbreak happen almost 20 years later?

According to New Zealand’s Asia Pacific Report, nationwide polio vaccine coverage dropped in recent years. Since eradication was declared, vaccination dropped from about 80 percent to 30 percent. Some provinces have even lower vaccination rates.

Even when children do get vaccinated, many do not receive all three doses necessary for proper protection. Only getting one course would spread the mutated virus without effectively preventing transmission of the disease.

A major issue for the country’s vaccination program has been financial cuts. Two-fifths of PNG’s remote aid posts have closed. Many of the remaining ones are attempting to function with problems such as no running water or electricity.

Dr. Max Manape, head of the Eastern Highlands Provincial Health Authority, spoke about how much of a difference funding makes.

“Once we eliminated polio in 2000 we needed to maintain the immunization coverage – that needs to be constant,” he said. “With the WHO resources and funding we’re having coverage of almost 100 percent, but for our normal routine, that funding was a big problem. What we are learning now is that we need more support from the government.”

A new vaccine campaign will start in October.

Where is Polio Present Around the World?

Polio cases have decreased by more than 99 percent since 1988. Pakistan, Afghanistan and Nigeria are currently the only locations in the world to have never eliminated polio.

What Can be Done to Stop Polio for Good?

As the WHO states, “as long as a single child remains infected with poliovirus, children in all countries are at risk of contracting the disease.” This is because poliovirus can spread very easily in people who are not vaccinated against it.

They estimate that failing to eradicate polio could potentially lead to 200,000 new cases annually all over the world within 10 years.

To stop this from happening, GPEI plan to eradicate polio.

The GPEI is spearheaded by the WHO, the CDC, UNICEF and other government and general organizations to run vaccination efforts and conduct sensitive disease surveillance.

Vaccination for at-risk communities is the priority of the GPEI – because of the effort to eradicate polio, it’s estimated that over 16 million people have been saved from paralysis. Hopes are high that Papua New Guinea and countries like it can be free from polio once again.

Had you heard about the polio outbreak in Papua New Guinea? Did you know how much cases had reduced over the past 30 years due to vaccination efforts? Have you and your family gotten polio vaccinations? Let us know in the comments below, or via Facebook and Twitter.