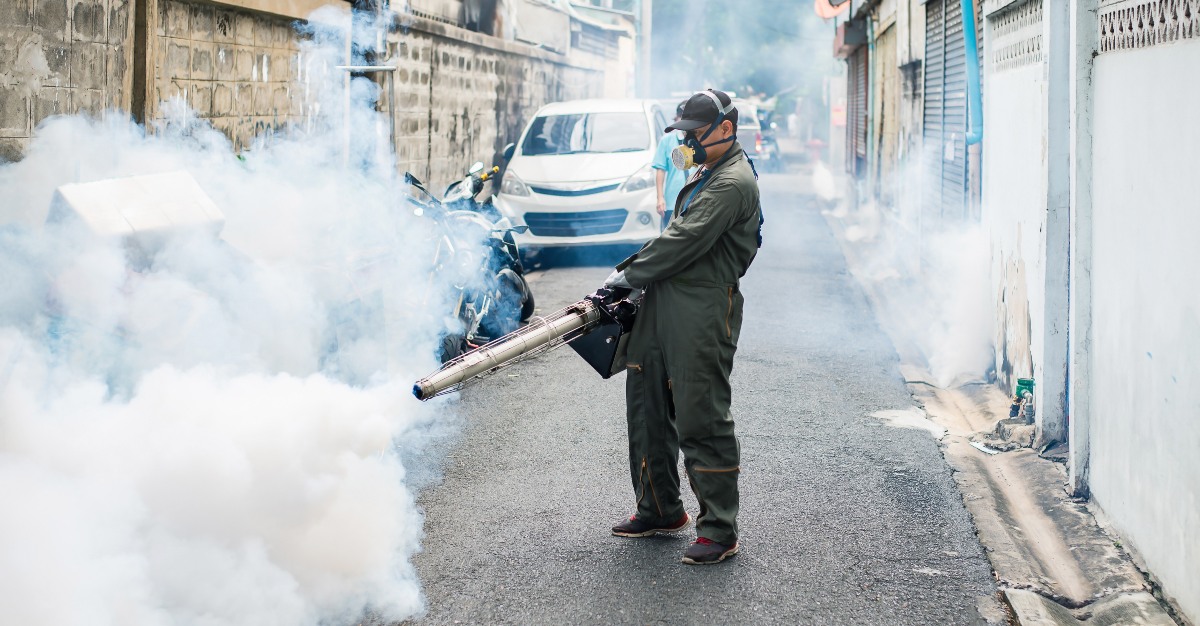 During the summer, you probably only use bug spray when away from the city. Maybe it’s during a hike in the country or a day by the lake, but mosquitoes don’t bite in the city, right?

Not only do the insects bite in urban areas, but they’re also carrying diseases.

A recent study has shown that Japanese encephalitis, usually thought to be a rural problem, can spread quickly in cities as well.

The study was conducted by a group of health ecologists for French Agricultural Research Centre for International Development (CIRAD). They looked for information about the relationship between JE in rural and urban settings.

These findings are significant, because Japanese encephalitis is largely seen as a rural virus.

The study itself took place in a suburb of the capital city of Cambodia, Phnom Penh. In this suburb, the scientists studied blood samples from pigs and compared those samples with pigs in a more rural area. Scientists chose to study pigs due to their susceptibility to the disease.

Water birds are common carriers of the disease as well.

In looking at the spread of JE among different populations, results showed a pretty even circulation. The disease spread with same intensity in semi-urban places as it did in rural areas. Although, JE is still more prevalent in rural areas as a whole.

Japanese encephalitis is a virus that is transmitted to humans through infected mosquitoes.

Even when bitten by a mosquito carrying the disease, chances of infection are small. According to the CDC, only 1 percent of people infected with Japanese encephalitis develop a clinical illness. Once the disease develops, symptoms include vomiting, fever and headache. These symptoms can sometimes take up to 15 days to progress.

In severe cases, Japanese encephalitis can lead to neurological damage, which can cause death due to the swelling of the brain in 20-30 percent of cases.

If an individual develops a clinical illness as a result of Japanese encephalitis, there is little to do for treatment. But, it is possible to ease symptoms and make the patient more comfortable.

The best treatment for Japanese encephalitis is prevention through the JE vaccine.

With this new study, the importance of getting a JE vaccine is just as important if you’re going to an urban area or a rural area. Although the chances of being infected are still low, there were over 80 deaths attributed to JE last year.

So, no matter where you visit, it’s important to take all necessary precautions.

The JE vaccine must be administered in two separate doses. The patient must receive the vaccine at least 28 days apart to provide the best means of protection.

Japanese encephalitis remains prevalent throughout Eastern Asia. If you’re traveling to the region, make sure to consider all preventive measures to avoid the disease. Remember, even if you’re not planning to travel to rural areas, you should still get the JE vaccine to protect yourself.

Are you in need of the Japanese encephalitis vaccine for an upcoming trip? Passport Health can help! The vaccine is readily available at all Passport Health travel clinics. Book an appointment online now or call us at and speak to a travel health nurse.

Did you know JE also posed a problem in urban cities? Let us know in the comments, or via Facebook and Twitter.