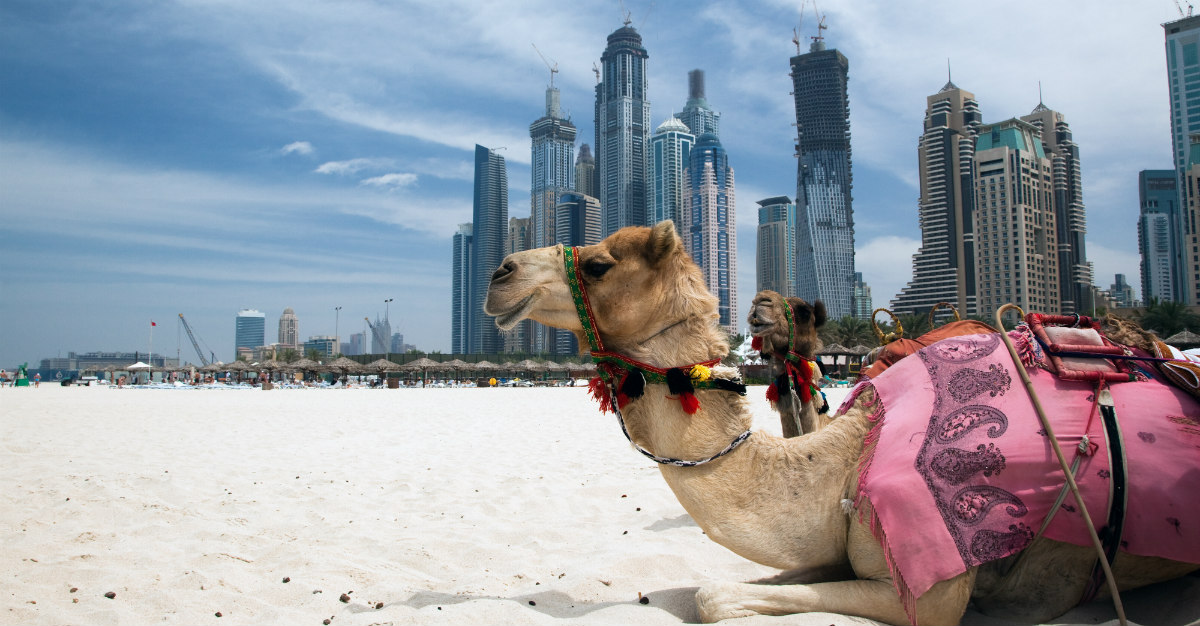 Anthrax is commonly found in camels and other livestock around the world.

There are multiple different types of anthrax, all of which can be deadly if left untreated. Because of this the illness has been used for many acts of aggression over the last century.

But, anthrax didn’t just come about over the last 100 years.

The origins of anthrax are estimated to go back as far as 700 B.C. in Egypt and Mesopotamia. Rome and ancient Greece are also thought to have experienced the disease, with some considering anthrax to have played a part in Rome’s downfall.

The first official clinical descriptions were written by Maret in 1752 and retired physician Nicolas Fournier in 1769.

After millennia filled with cases, true study of the illness didn’t begin until the 1800s. These studies led to a breakthrough with the connection between anthrax and the animal hair industry. According to the CDC, this relationship even led to the name “wool sorters disease” for anthrax.

Rod-shaped bacterial bodies, eventually called Bacillus anthracis, provided the basis for major research from scientist Robert Koch in 1877. Through experimentation Koch found the life cycle of the bacteria and demonstrated “Koch’s postulates.” More than a breakthrough for anthrax, Koch’s postulates set a precedent for all diseases. By studying the illness, he created a set of guidelines that all infectious bacteria must meet.

After identifying the bacteria, researchers could work on a vaccine.

In 1881, famed French chemist Louis Pasteur began the research into a vaccine for anthrax. He injected 50 animals with live anthrax bacteria. While 25 of the creatures were given his experimental weakened bacteria immunization, 25 were not. Results were clear – the 25 unvaccinated animals died while the protected ones survived.

Around this time, anthrax began appearing as more than a natural illness.

Anthrax was first used as a weapon during World War I by the German army. They used the disease to infect neutral parties’ livestock and animal feed which was to be traded to Allied Nations. Further experimentation with the disease continued over the years, particularly during the Korean War.

The live spore vaccine for anthrax was created in 1937 by Max Sterne. This became a routine vaccination for animals, crucial to those who worked with livestock.

The spore strain of anthrax doesn’t spread through people, but by inhaling the particles. Exposure often occurs in humans who are cleaning infected animals with the bacteria in their fur. The vaccine then helped greatly reduce both general human and animal cases alike.

In 1944 Penicillin became the main choice for the treatment of anthrax. The antibiotic quickly became the top treatment for anthrax. In the 1950s the first human anthrax vaccine was made and finally in 1970 this vaccination underwent great improvements. Despite many changes in vaccines in recent decades, that vaccine from 1970 is almost the same as what’s used in the modern day.

Symptoms of anthrax vary depending on the type.

Blisters, bumps and sores are common for cutaneous anthrax. This may be a low-risk form of anthrax, it’s also fairly easy to catch. Cutaneous anthrax occurs when the spores get into an open cut or wound. Fever and chills, nausea, headache, extreme fatigue, confusion, dizziness and body aches are just a few of the possible symptoms of inhalation anthrax.

Gastrointestinal anthrax doesn’t require an open wound. Instead, this disease gets into the body via undercooked meat from an infected animal. The illness can lead to fever and chills, hoarseness, bloody vomiting, headache and fainting.

Finally, injection anthrax presents similar signs to cutaneous, but it spreads faster and can be harder to treat.

Did you know that there were four different types of anthrax? Did you know Louis Pasteur worked on an anthrax vaccination? Do you have any questions or thoughts about the illness? Let us know in the comments below, or via Facebook and Twitter.