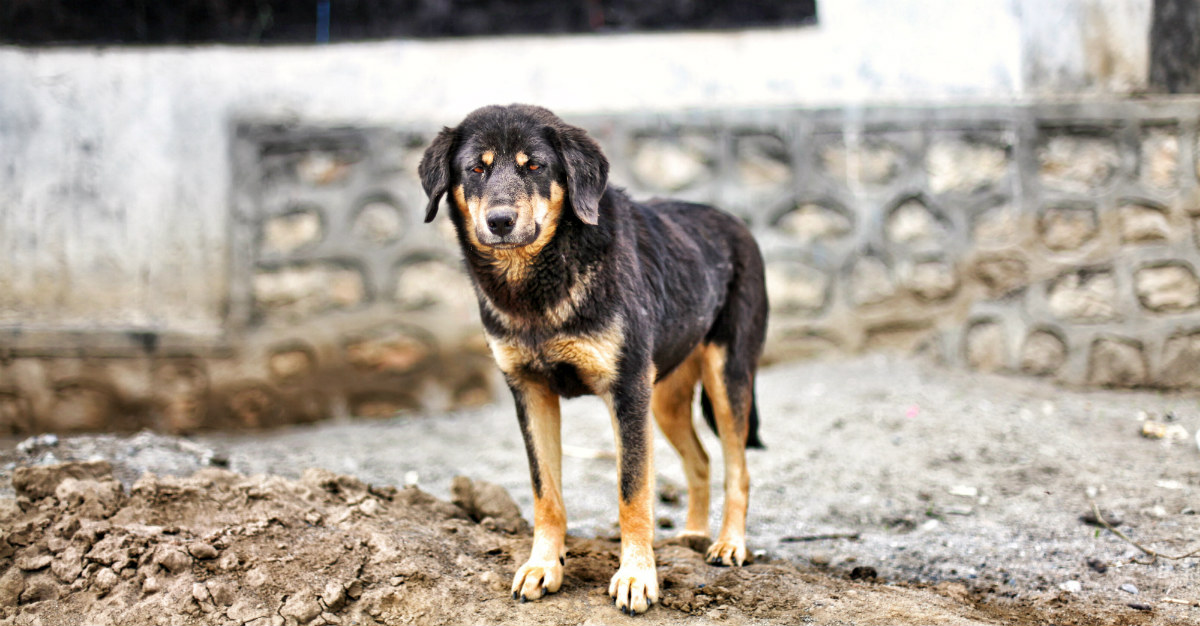 When people picture rabies, an image of a frothing, vicious animal often comes to mind.

This misconception means countless visitors to China are at more risk than they know when going to pet an innocent stray on the street. As the World Health Organization notes, this is most true for dogs. The animals are responsible for 99 percent of rabies transmission to humans in China.

The country has a known problem with homeless canines. China has 80 million registered dogs and only 10-20 percent of them are vaccinated against the rabies virus. The WHO reports that rabies kills one person every 10 minutes in developing countries (including China), showing a high risk for unprotected tourists.

Out of the 60,000 people who die from rabies around the world, Asia Times confirms that most are located in Asia and Africa. The group that’s most commonly affected is children and the virus is extremely fatal. Once symptoms have begun, there are less than 10 documented cases of survival.

Many do not understand that the dogs transmitting the virus aren’t always angry and without an owner. The virus can be transmitted from gentle homeless dogs or even beloved family pets.

To avoid rabies, travelers need to recognize that it’s not only animals exhibiting those signs you see in movies or on television. That’s not to say these symptoms are inaccurate. It’s certainly possible for infected animals to show extra aggression or frothy and excessive salivation. It’s the other effects that travelers may not recognize like fever, paralysis, hydrophobia and seizures.

Signs of rabies in a dog depend on the stage of the infection.

One of the early stages, name prodromal, will only offer minor signs of rabies. The virus will then progress to one of three forms: paralytic, furious, or a combination of the two. In some cases death may result before this.

The distinction between paralytic and furious behaviors is important.

The furious form shows the signs of aggressive attacks that many people are familiar with. According to Medscape, paralytic rabies is also known as “dumb rabies.” The stage can cause the dog to experience weakness, loss of coordination and paralysis.

In humans, rabies begins by displaying flu-like symptoms. These signs can last for days along with discomfort (including prickling or itching) at the location of the bite, according to the CDC. The state gets worse, leading to anxiety, confusion, agitation and cerebral dysfunction. Eventually delirium, hallucinations, insomnia and abnormal behavior may set in.

The best way to avoid a run-in with rabies is to get vaccinated before your trip. General contact with animals should also likely be avoided for the most protection.

If you have any suspicion that you have been bitten by a possibly infected animal, seek help immediately. You should also consult a physician if a carrier has spread saliva on an open wound or in your mucous membranes. For example, this can happen if a dog licked an open cut or spit near your eye.

Have you had any experiences with rabies? Do you still have questions about rabies in China? Let us know in the comments, or via Facebook and Twitter.