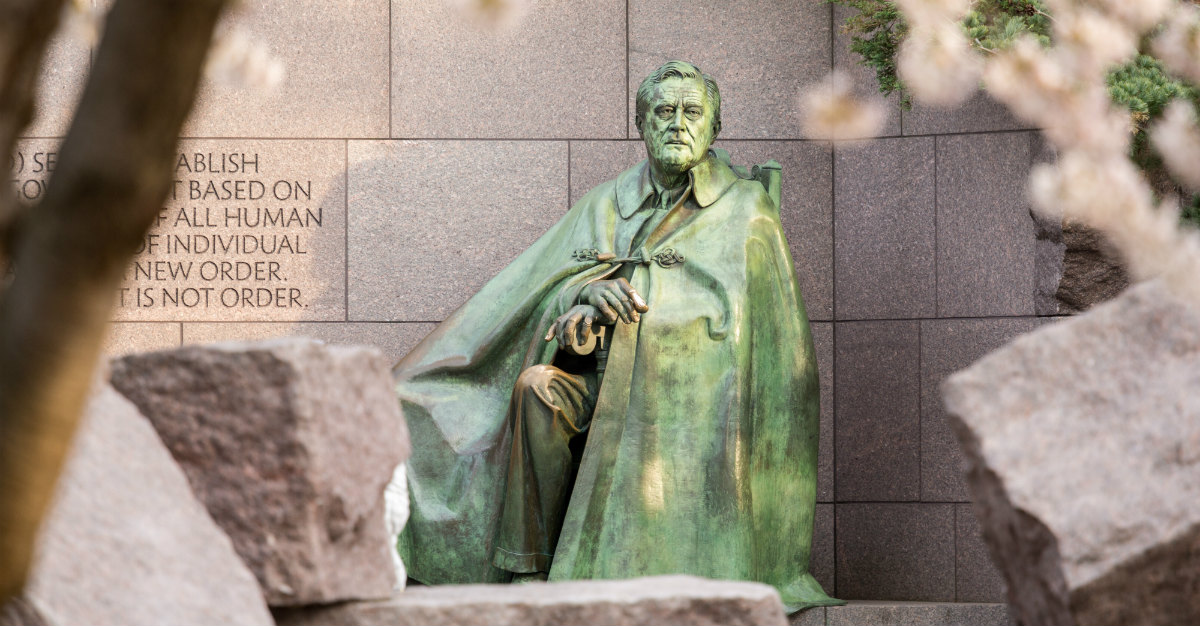 The polio epidemic in the U.S. was far-reaching with widespread consequences. Touching the lives of all citizens, the disease even reached the highest levels of the government. The most notable of these was the 32nd American president, Franklin Delano Roosevelt.

With no vaccine, polio continued to affect communities across the U.S. for the next several decades. While many who contracted polio did not show symptoms, cases often ended tragically. This could be as small as muscle aches or a fever, but sometimes meant paralysis or death.

Jonas Salk gave the world a breakthrough against polio in 1953. With his vaccine, the researcher saved countless lives and altered the future of modern medicine.

FDR was inaugurated President of the U.S. in 1933, contracting the disease in 1921. Although most of his symptoms from polio went away over time, one side effect proved permanent: paralysis. Polio left the president paralyzed from the waist down.

For public events that required him to walk or stand, FDR used a cane and grabbed onto someone else’s arms. This allowed to president to “maneuver his hips and swing his legs forward.”

Roosevelt took steps to keep his wheelchair away from the eyes of the press. He requested they avoid photographing him while maneuvering in and out of the chair. Secret Service agents even helped the president, interfering with anyone who didn’t want to honor his request. Even today, their work makes it difficult to find a photo of Roosevelt using the wheelchair.

While wheelchair-bound pictures of the president are scarce, his disability did come up in writing. From Time magazine to the New Yorker, many publications referenced the wheelchair.

But, even these instances were rare. For the most part, the press went along with the idea that FDR’s polio was a thing of the past.

FDR’s presidency was marked with an unusual number of challenges. A stagnating depressing was followed with an all-encompassing war.

Roosevelt and those close to him wanted to create an image of strength for the public. Whether it was from the help of his Secret Service or this “gentleman’s agreement,” FDR’s disability remained a relative secret.

Even with the growth of Salk’s vaccine, polio is far from a disease of the past. The World Health Organization reports that the world is 99 percent of the way to eradicating polio worldwide. Afghanistan, Nigeria and Pakistan are some of the countries that still can’t put an end to polio.

Did we miss any key information about Roosevelt and his life with polio? Let us know in the comments, or via Facebook and Twitter.