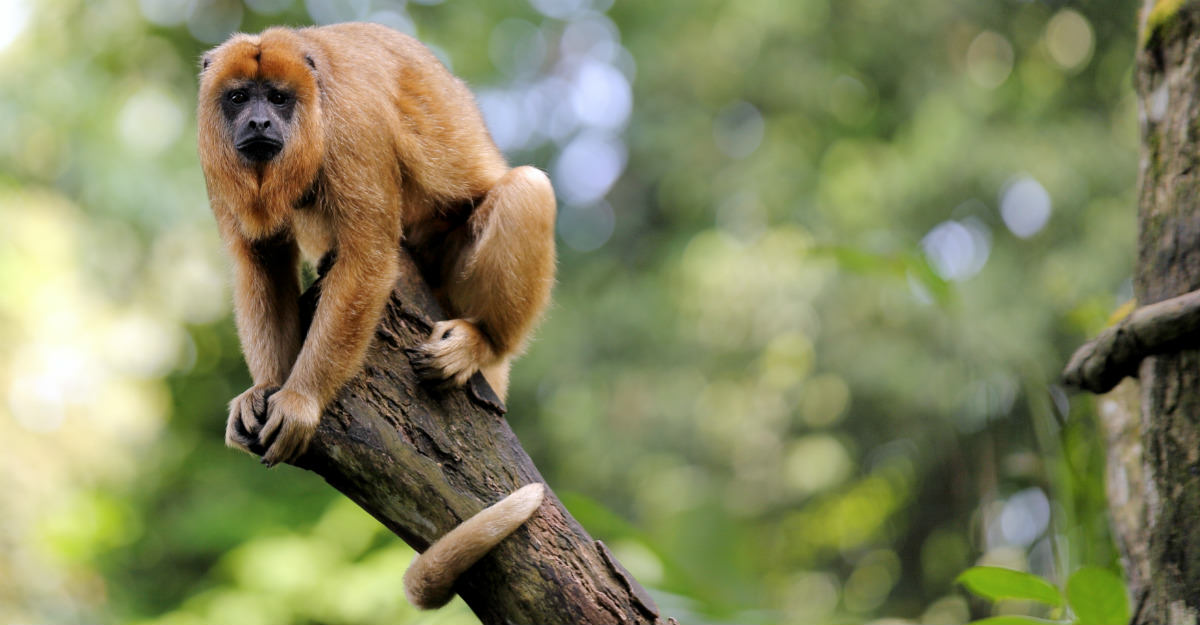 There was a warning sign for Brazil’s current yellow fever epidemic. That red flag could be found in the Amazon rainforest, where primates were dropping like flies.

Capuchins, marmosets and howler monkeys either came down with yellow fever or saw their numbers shrink.

The most alarming of these deaths: howler monkeys.

These primates earn that name. Howlers are the loudest of all monkeys, with a wail that can be heard miles away. The monkeys use their howl to warn other primates that they own an area. The whole species joins in this yell, usually doing so every day at dawn and dusk.

But, what happens when howler monkeys don’t make that noise?

Researchers aren’t sure why, but howler monkeys easily contract the yellow fever virus.

Without a yellow fever outbreak, the species maintains a steady population in the rainforest. Once that outbreak starts, it spreads like wildfire. Within months a whole section of the rainforest can lose all its howler monkeys.

This particular outbreak has been devastating to the monkey population.

Thousands of the animals had died by the end of February. There doesn’t seem to be an immediate danger of losing the species, but more areas of the rainforest will be without howler monkeys.

The idea of losing an innocent species is terrible. It could damage the local ecosystem. The animals spread seeds across the rainforest and create growth in the area.

Even the humans will suffer a loss from the deaths of these monkeys.

In the modern age of vaccines and treatments, a country needs to act fast to prevent an outbreak. A large number of howler monkey deaths alert the locals to a yellow fever problem. The Brazilian government can then take action before an epidemic spreads to a big city like Rio.

Unfortunately, some locals aren’t aware of this need for the species.

Brazilian residents have been killing monkeys in recent months. There have been reports of locals shooting and beating the animals to death.

Howler monkeys have nothing to do with the spread of mosquitoes. The creatures that cause this spread are exclusively Aedes aegypti mosquitoes, the same species behind many other outbreaks.

Researchers are blaming these killings on fear.

The virus continues to spread throughout the Minas Gerais state in Brazil. Even if the locals do know that it’s a mosquito-borne virus, they’re panicking. They know of a connection between the virus and monkeys, hoping that stopping the animals will end the outbreak.

Officials recognize the problem and are trying to protect the monkeys. By educating the public, they hope to relay the point that monkeys are not behind this epidemic.

It seems like a tall task at the moment, but the best way to end this panic lies in ending the outbreak.

The government has been busy with campaigns for the yellow fever vaccine since the epidemic started. That vaccine is still the most reliable way to avoid the virus.

Even beyond the vaccines, there are ways to reduce your chances of catching the virus. Mosquito netting, long clothing and repellent spray are reliable methods to avoid the bugs altogether.

Whether it’s the virus or scared locals, this outbreak is a danger to the local howler monkeys. If it doesn’t end soon, Brazil may lose a warning sign for yellow fever.

Any questions about yellow fever or the current outbreak? Let us know in the comments, or via Facebook and Twitter.