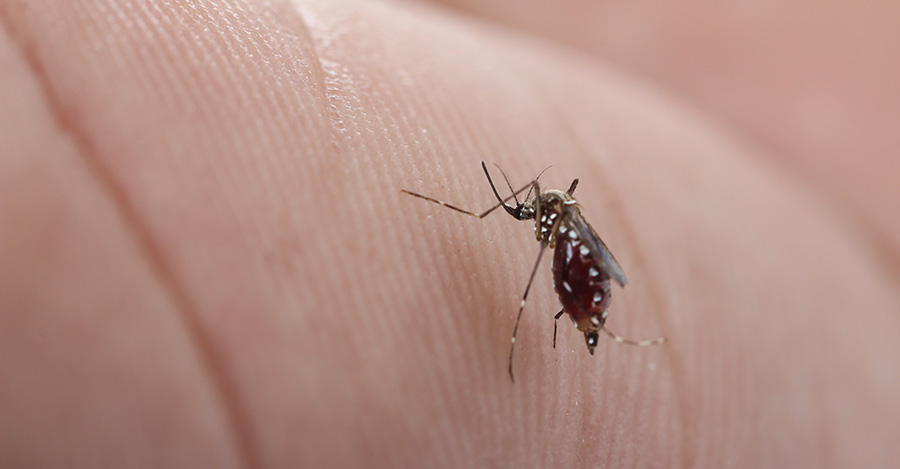 First recorded in 1779, chikungunya has been affecting regions of the world for centuries. But, in recent years, the disease has made its way to the Americas for the first time. In 2014 alone, the disease caused nearly 1.2 million illnesses or 118 cases per thousand people in the Americas. Although there is no vaccination for the disease, it is highly important that travelers know what it is and how to protect themselves.

Spread by the Aedes mosquito (the same mosquito that carries dengue fever and Zika virus), chikungunya is a mosquito borne disease that causes fever and joint pain in its victims. The name is believed to come from a description of the disease in the Tanzanian Makonde language meaning, “that which bends up,” a reference to joint swelling and pain caused by the infection.

Prior to 2013, chikungunya outbreaks had been limited to countries in Africa, Asia, Europe and islands in the Indian and Pacific Oceans. In late 2013, however, the virus was identified in the Caribbean for the first time. Since then, the disease has been identified in 45 countries with more than 1.7 million suspected cases reported.

Countries in which the disease has been identified include:

How Do I Avoid Chikungunya?

The best protection against chikungunya is the elimination and control of the mosquitoes that spread it. However, this often isn’t possible in the areas where the disease is present. If you are traveling to an affected area, follow these CDC and World Health Organization recommendations:

What Are The Symptoms of Chikungunya?

The symptoms of chikungunya are similar to many other diseases, including the flu. The disease usually takes anywhere from three to seven days to begin to show symptoms. It is not uncommon for infected travelers to return home feeling normal only to fall ill a few days later.

If you travel to an area affected by CHIKV and come down with the symptoms listed below, please see your doctor immediately:

Some individuals are at risk for more severe symptoms. Higher risk populations include newborns, older adults (65+) and individuals with medical conditions like high blood pressure, diabetes or heart disease.

How is Chikungunya Treated?

Unlike some other infections, there is no specific medicine to treat chikungunya. Treatment usually involves decreasing symptoms of the disease by:

To learn more about chikungunya, see the CDC’s chikungunya portal. If you are wondering about yellow fever, malaria or another mosquito borne disease, see our prevention pages.

Have you had an experience with chikungunya, or do you have any questions about the disease? Let us know in the comments below, on our Facebook page or via Twitter.