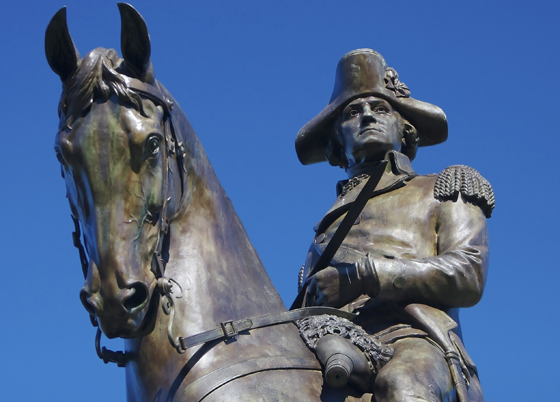 General Washington himself didn’t need the “vaccine.” He had survived a case of smallpox at a younger age, and he knew how terrible the disease could be first hand, as he carried the scars from it. Whenever there was an outbreak or a situation where in smallpox might be a factor, he would be sure to send in soldiers that had already endured the disease to avoid an outbreak among his troops. It was an effective strategy, but Washington knew that variolation was far better.

The Continental Congress had explicitly banned the practice among troops for fear that it might end badly, but a program of mass inoculation in Massachusetts had proven that variolation could work effectively. After writing multiple letters in hopes of having the ban lifted, Washington finally ordered doctors to begin the mass inoculation of the troops, hoping to avoid an epidemic within his ranks.

According to Shachtman, the inoculation was done in secret as the colonists feared that the British might take advantage of the situation and attack. The real threat, though, was from within the ranks since some officers refused to allow their troops to be vaccinated. However, Washington was able to overcome these obstacles.

Eventually, the Continental Congress saw the success of Washington’s rogue program and issued a formal inoculation order. By the end of 1777, nearly 40,000 troops had been inoculated, and the smallpox infection rate among soldiers dropped from 17 to one percent.

Shachtman argues that this practice protected the revolutionary troops, and he goes so far as to say that nothing Washington did had a greater impact on the colonial victory than his actions to stop smallpox from becoming a full blown epidemic.

Although smallpox has been eradicated today, there are still many diseases that can affect individuals and lead to lasting scars, both emotional and physical. These diseases include influenza, polio, measles, and pertussis, to name a few. Just as Washington showed the soldiers of his time, the best method to avoid such diseases is vaccination, and this is yet another reason to honor the first president of the United States today.