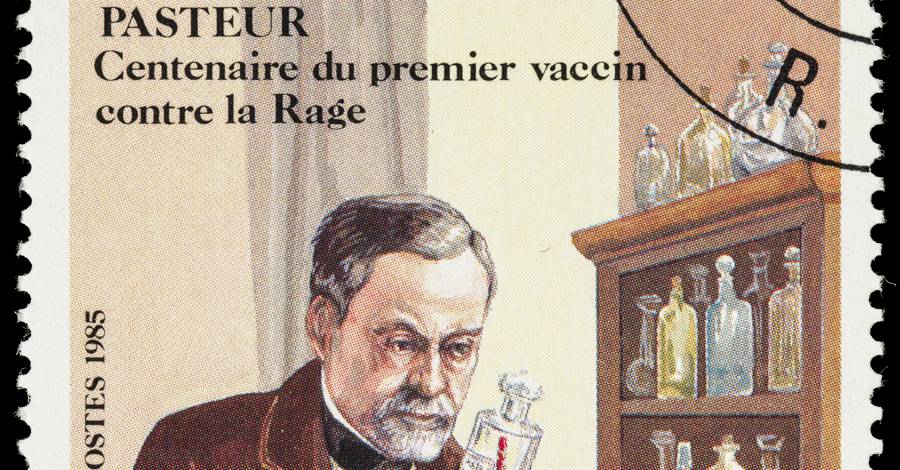 Louis Pasteur, the French chemist who lived in the 19th century, is famous for developing fundamental scientific concepts. He demonstrated the process of fermentation and debunked spontaneous generation, an erroneous belief that bacteria came from inanimate matter such as dust. Pasteur is also recognized for his work on vaccines; he was the first scientist to use live viruses in vaccinations. Pasteur’s work in infectious diseases was momentous for the development of the rabies and anthrax vaccines specifically. Rabies and anthrax are animal-born diseases that cause serious symptoms in humans.

While working with chickens, Pasteur left cultures of fowl cholera in his laboratory and went on vacation. When he came back, he inoculated the chickens with this strain, and, miraculously, the chickens did not contract cholera. Pasteur then inoculated them with a live, fresh strain of fowl cholera, and they still did not get sick. This was when Pasteur realized that weakened strains of viruses could immunize against a disease.

Pasteur then shifted his work focus to anthrax, which at the time was affecting cattle. In 1881, Pasteur performed a famous public experiment in which he injected one group of animals with an anthrax vaccine he had developed, and he did not vaccinate his second, control group. After a few weeks, both groups were injected with live anthrax bacteria, and all the vaccinated animals survived. Although Pasteur became famous for the development of the anthrax vaccine due to his public demonstrations, it is currently believed that a French veterinarian, Jean Joseph Henri Toussaint, actually is responsible for first creating this vaccine.

Get protected at a Passport Health Travel Clinic today!

After his public experiments, Pasteur wanted to tackle a disease that affected both humans and animals. Rabies was very common and feared at the time. This disease was more complicated in terms of vaccine development, however, because the microorganism could not be isolated. In a breakthrough moment, Pasteur observed that rabies caused symptoms only after it had made its way to the brain. Using dried nervous tissue of animals that had died from rabies, Pasteur was able vaccinate living animals against rabies. He had only used the vaccine successfully on animals when a mother brought him her young son who had been bitten by a rabid dog. Pasteur’s next move was highly controversial because he was not a medical doctor, and he had never used the rabies vaccine, still in its infant stages, on a human. However, he believed that the boy was going to die, so he administered the vaccine. The boy lived, and Pasteur became certain his rabies vaccine worked.

Today, the vaccines for rabies and anthrax are more refined. The rabies vaccine can be given pre- or post-exposure and is recommended for travelers who may come in contact with infected animals during their trips. Anthrax is very rare, and there were no cases in the U.S. in 2014. Anthrax spores, once they get into the body of an animal or person, release toxins that cause severe health problems. Anthrax vaccines are used mainly on animals. However, this vaccine is recommended for some individuals, typically military or other government personnel, who may be traveling to the Middle East or Africa.

Anthrax is most common in agricultural regions in Central and South America, parts of Africa, Asia and the Caribbean. Anthrax is more common in countries that do not have proper animal vaccination routines. Unless you know you are traveling to a highly agricultural region in one of the aforementioned regions, your risk of contracting anthrax is extremely low. Likewise, rabies is mainly a disease of animals, not humans. Stray dogs remain the main source of rabies in the developing world.

To learn more about anthrax and rabies, see their respective pages on the site. If you are traveling to a region where you may need a anthrax or rabies vaccine, please contact a Passport Health travel specialist to schedule your appointment today by calling .

Did you know Pasteur played an important part in the development of the rabies and anthrax vaccines? Let us know in the comments below, or on Facebook or Twitter.

"Louis Pasteur, Anthrax, and Rabies is republished with permission of Passport Health."