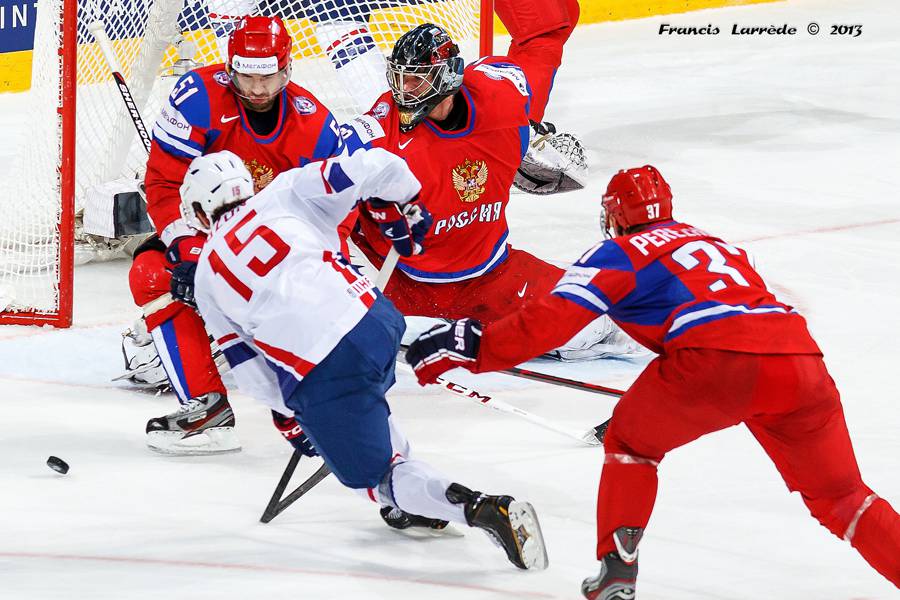 Imagine this. You are a hockey player who wins a game and then goes out with friends to celebrate. You have a minor headache at the end of the night but think nothing of it. You grab some aspirin and go to bed. You wake up, but not until twelve days later. This scenario sounds like something out of a horror film, not real life, but it is exactly what happened to the National Hockey League’s Montreal Canadiens’ young prospect player, Tim Bozon.

Bozon and his junior team, the Kooteney Ice, had just won a come from behind victory against the Saskatoon Blades. It was an exciting game during which the young forward played strongly and showed off exactly why Montreal had drafted him. He had a nosebleed before the game, but he assumed it was not something to be worried about. At least, not right then.

After the game, Tim went out with some friends to dinner and then returned to his hotel. That was when he complained about having a migraine to athletic therapist Cory Cameron. Cameron at first assumed it was just a headache, not an uncommon ailment for hockey players after games. The headache could easily have resulted from a number of factors – dehydration, a bad bounce, a strong check. So, Cameron told Bozon to take some medication and take it easy. It didn’t take long, however, for the therapist to realize this was not a normal situation.

“I spent some time with him and monitored him as he slept on and off and then made a decision around 7 a.m. that I needed to call an ambulance,” said Cameron in an interview with NHL.com. “I knew he wasn’t understanding what I was saying, he was kind of staring right through me.”

Bozon had Neisseria meningitidis (meningitis), a contagious bacteria spread through close contact, and it requires medical attention. The infection can start simply enough, just as it did for Tim. A stiff neck, headache, and/or fever are all common enough symptoms that are typically associated with a cold or the flu. However, in the case of meningitis, these symptoms quickly turn into chills, vomiting, tiredness, and severe aches and pains that feel like a fire ripping through your body. Meningitis can kill within hours.

Bozon was rushed to Saskatoon Royal University Hospital, and, by sunset, he was placed in a medically induced coma. The worst case scenario was death, but the best case didn’t look much better. It was entirely possible he could wake up blind, deaf, paralyzed, or possibly brain damaged. Even in a hospital surrounded by doctors, nurses and everything modern medicine could offer, he wasn’t entirely safe. There is only so much that can be done for meningitis, and the doctors were doing all they could. Hopefully, it would be enough.

“People can say, ‘You did a great job and you saved his life.’ But for the first 15-20 days he was in the hospital, we didn’t know if I did save his life, because he still could have passed away,” said Cameron.

As Bozon began his treatment, his family members made their way to be with him all the way from Europe, hoping they would actually be able to see him. Tim’s father, Philippe, boarded a plane and headed to Saskatoon as quickly as possible.

“Me, and I cannot explain why, I always, always believed he was going to make it,” said the elder Bozon to Kamloops This Week. The father was also a hockey player but at the NHL level, where Tim has always wanted to play.

Doctors were not as sure about Tim’s chances for survival. At that point, Tim was in a medically induced coma with tubes keeping him alive.

People from around the community and the hockey world wanted to help the Bozon family. Friends from former teams came to visit. Tim’s mother, Hélène, publicly thanked the president of the Saskatoon Blades for his support.

“He came every day, sometimes twice a day,” she told KTW. “Even when Tim was in a coma, he would say ‘Hey Tim, how are you today? Are you ready to go back to the ice?’”

Financial support came pouring in as well. Tim’s care was expensive, with so much time in intensive care and all the necessary drugs to keep him alive. Estimates put the cost of his care well into the six figures, and people from around the world donated in hopes that Tim would get better and his family might be okay as well.

Bozon tries to out maneuver a defenseman

After 10 long days, the doctors began to slowly pull Tim out of his coma. This was the most dangerous part. If any permanent damage was going to happen, it would be now during the crawl back to consciousness.

Part way through, Tim began to shake. It was a seizure that didn’t stop for 24 minutes. Throughout the entire ordeal, Philippe was there holding his son’s hand.

“I’ll always remember that. Also, to see his eyes – it’s a bad picture and scary moments.”

Tim Bozon spent the next twenty days in the hospital. When he was finally released, he could hardly recognize himself. He had lost 40 pounds and could barely walk. But, he was alive.

Many questioned whether this whole experience was preventable. After all, isn’t there a meningitis vaccine? At the time, the answer was maybe.

The exact strain of Neisseria meningitidis that afflicted Bozon has not been reported, but, at the time, vaccinations were generally only done against four types of meningitis; A, C, Y and W-135. Over the last two years, vaccines against meningitis B have been approved in the United States, Canada and Europe, the three countries where Bozon had spent most of his life.

Whether Bozon was vaccinated or not, it would have still been possible for him to contract the disease. Although vaccination is a key means of preventing meningitis, there simply is no cure. 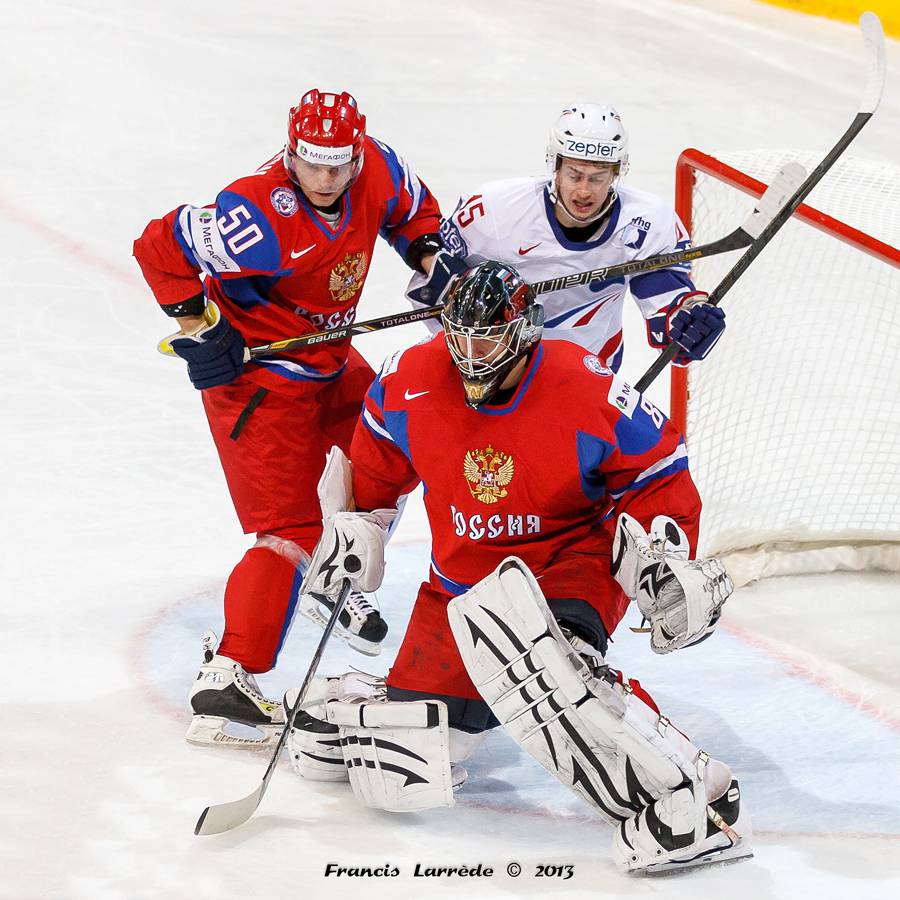 Bozon wasn’t the only player in hockey to have serious medical issues during the 2013-2014 season.

Dallas Stars’ forward Rich Peverley collapsed on the bench during a game against the Columbus Blue Jackets on March 10, 2014, just as Bozon was passing through his own ordeal. On September 18, 2014, Peverley was finally cleared to practice but, as of August 2015, he had yet to play another game for the Stars.

Just a few months earlier, Pittsburgh Penguins defenseman Kris Letang was sidelined after having a minor stroke. He played just three more regular season games but was there for the team’s playoff run when they lost to the New York Rangers in the conference quarterfinals.

Mumps and the NHL 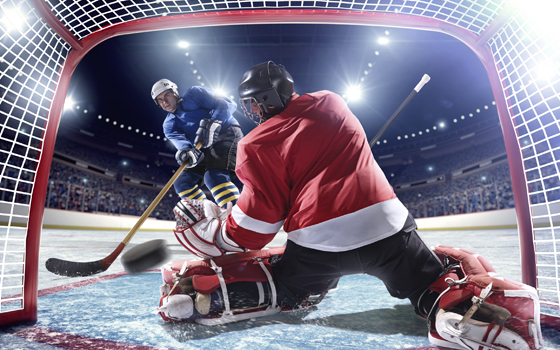 Learn More About How Sports Teams Can Prevent Illness

“The first exercise was just walking, biking, but really slow. No cardio. Also, some exercises to learn how to breath properly again,” said Bozon in an NHL.com interview. “I wanted to go on the bike, I wanted to go on the treadmill, I wanted to do some bench press. But I couldn’t even do that because they said you have to start relearning everything.”

Bozon and his family returned to France. He underwent physical therapy, slowly gaining his strength back. Finally, his dad rented out an ice rink in Nice near the family home, and Bozon returned to practicing.

When Tim Bozon first fell ill in Saskatoon, few thought he would survive. When he came out of the hospital, it still seemed unlikely he would play at a professional level. Then September came, and so too did Montreal Canadiens training camp. Tim was invited.

Whether Bozon will one day play in the NHL is yet to be seen. He has a long way to go and still needs to recover. As the days went on at the Summer Camp in Montreal, he began to feel like he was very slowly getting back to normal, but it was a steep uphill climb. The same youthful exuberance that helped him through a month in a hospital bed is now what will likely get him back on track to his dream of playing in the big show.

What could have ruined some young men has made Bozon even stronger. His voice may one day lead a locker room full of players out onto the ice.

“It’s for them that I’m fighting,” said Bozon. “My mom and my dad, they were at the hospital five months ago, and they saw me in the bed. Now they’re really proud of me.”

Tim was invited. He made it past first cuts. He even played in a preseason game against the Colorado Avalanche. It hasn’t been easy, however. In many interviews, he has talked about how tough it has been to come back and noted that he doesn’t feel as strong. But, he has also become an inspiration for others.

Unfortunately, Bozon was eventually cut from the Montreal Canadiens starting roster in 2014. This fall, however, he will have the opportunity to fight for a spot with the Canadiens at their 2015 training camp. According to a recent ESPN interview with the forward, he is confident he can make the team and, if he doesn’t, will enjoy his time with the American Hockey League affiliate of the Canadiens in St. John’s, Newfoundland. But, Tim is just as happy to play as he is to be alive.

“At this point, everything is gravy.”

Meningitis is a deadly disease that can affect anyone. While there is a vaccine that can help protect against contracting meningitis, there is no cure. If you would like more information on meningitis or the vaccine, visit our website or contact a Passport Health specialist by calling .