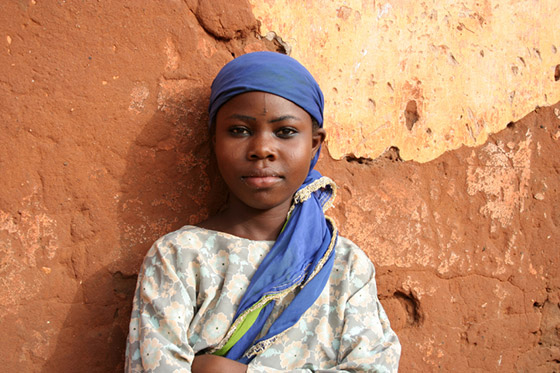 An antibiotic resistant strain of typhoid has been slowly spreading throughout Asia and Africa over the last 30 years, but a new study shows this strain is close to reaching epidemic levels in some African countries.  While this is concerning, the same research shows that preventing the disease is as easy as getting a typhoid vaccination.

The study, published in Nature Genetics, showed the multidrug-resistant strain of typhoid, called H58, can easily stand up to many of the primary antibiotics used in fighting typhoid.  Worse yet, H58 is continuing to develop immunities against other drugs used to fight the bacterial disease.

A still common disease in the developing world, typhoid is caused by the bacteria Salmonella Typhi and is carried almost exclusively in the human bloodstream and intestinal tract. The most common infection vector is through contaminated food or drink.  Symptoms generally include high fever, lethargy, stomach pains, headache or loss of appetite.

Though typhoid is rarely fatal, it can easily ruin a trip, and, depending on the situation, it can become life threatening.  Drug-resistance could make the disease much more dangerous.  As more antibiotics become useless against the disease, the mortality rate will only increase.  What’s more, if this happens, the developing world will be most affected as well as those individuals that may be traveling to the affected regions.

“Vaccinations are not currently in widespread use in typhoid-endemic countries,” Vanessa Wong, a leading researcher and contributor to the drug-resistance study, said in an interview with CBS News.  “Instead antibiotics are commonly used as a preventative measure.  As a consequence, there is a rise in antibiotic resistance to many pathogens and in particular a resurgence of multidrug-resistant typhoid has been observed in some areas, including parts of Africa.”

The best way to protect yourself and your family against these virulent strains is through vaccination.  A typhoid vaccine provides an individual with two to six years protection depending on the type that is given, for oral five years and for injection two, and is effective within two weeks of immunization.  If you are traveling to a region affected by typhoid, vaccination is generally recommended.

For more information on typhoid and typhoid vaccination see our page on the subject.

Are you traveling to a country affected by typhoid in the near future?  Then consider scheduling an appointment at your local Passport Health Travel Clinic and get vaccinated today!

Have you had an experience with typhoid and travel?  Let us know!  Comment below, on our Facebook page or on Twitter and tell us about your experience.

A previous version of this post incorrectly stated an oral vaccine lasted six years, not five.