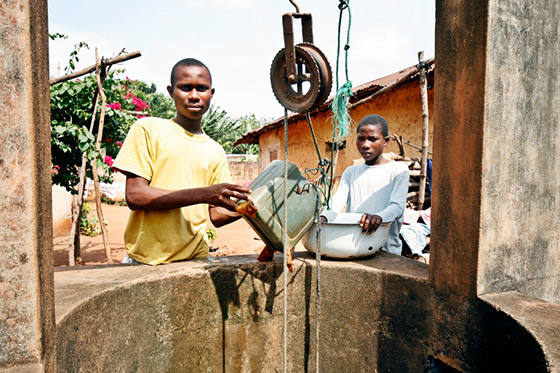 January 24, 2015 marked six months since the last polio case had been reported in Nigeria. The country has been aggressively working toward eliminating polio, and has shown a 92 percent decrease between 2013 and 2014. Polio is a viral disease that if not vaccinated for, can lead to paralysis, difficulty breathing, and in certain cases, death. There are two types of polio that can be contracted from the poliovirus, these include: non-paralytic polio and paralytic polio. In the case of non-paralytic polio, flu-like symptoms are most commonly displayed for a period of around 10 days. Paralytic polio is rare, but can affect the spinal cord, brainstem, or both. Post-polio syndrome includes many disabling symptoms, which can occur at an average of 35 years after the initial poliovirus infection. As of 2015, Nigeria, Pakistan and Afghanistan were the only places in the world had not completely eliminated polio.

The Islamic militant group known as Boko Haram has hindered efforts to provide polio vaccinations to regions in Nigeria through denouncing vaccinations. This has made it very difficult to provide children with the much needed vaccine. Pakistan had similar issues with the Taliban preventing vaccinations for polio in different regions. They combated this problem by using a method called “hit and run.” This method entails setting up roadway checkpoints and trying to immunize children who are entering and leaving areas that are controlled by such militant groups. In Nigeria polio is considered endemic, which means that although most of the country is polio free, the transmission of poliovirus has never been stopped in certain area, namely northern states.

Although progress is being made toward eliminating polio, small successes cannot be taken for granted early. Regulations require a country to be polio free for three years. These regulations specify that no new cases of polio can occur during these three years. Tracking has proven very difficult with the poliovirus because someone can unknowingly be spreading it without showing symptoms. This can prove very difficult for countries trying to eliminate polio. One key in Nigeria’s early success has been engaging the local communities and getting those community leaders involved. With communities investing more in these programs, there will be a better chance of successfully implementing large scale community vaccination programs. Considering that poliovirus transmission is common in the northern states of Nigeria, community outreach with tribal leaders could help implement very successful programs.

There are many things to be done in the effort to eliminate polio completely, it is important that vaccination programs continue in regions where vaccination is uncommon and discouraged by those controlling the region. Although only 1 in 200 cases of polio cause paralysis, polio needs to be eradicated because many cases of the disease go undetected are spread to others. Nigeria is moving toward eradicating poliovirus, but their early successes cannot be celebrated prematurely because they still have a long road ahead before determining if the country is polio free.

For more information on polio and what countries still recommend polio vaccination for travel, see the polio page on our site.