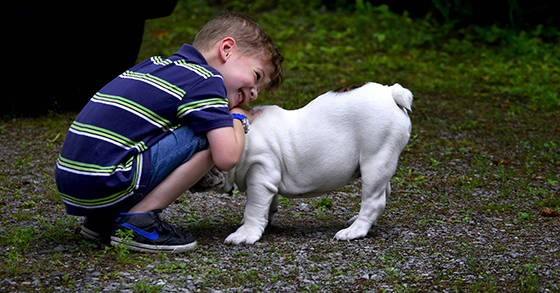 A new rabies treatment may help save the lives of those infected with the deadly disease, especially in the developing world.

Currently, the best way to treat rabies is through vaccination before exposure or before symptoms begin to set in after being exposed to the disease. However, a new late stage treatment shows promise, and it may be able to bring people back to a healthy state after physical symptoms set in.

The treatment has been tested in trials involving infecting mice with a strain of rabies that reaches the brain within three days and exhibits symptoms within six days. Researchers found that 50 percent of the mice treated with the new late-stage vaccine were saved, even after physical symptoms had developed.

“This is the most effective treatment we have seen reported in the scientific literature,” said Biao He, a professor at the UGA College of Veterinary Medicine who co-authored the study, in a university release. “If we can improve these results and translate them to humans we may have found one of the first useful treatments for advanced rabies infection.”

A late stage treatment would be an enormous win for the medical community, especially in developing countries where individuals can be days away from a treatment center, sometimes turning what could otherwise be a treatable disease into a death sentence.

Rabies by the numbers:

The current post exposure vaccine requires four injections over a two week period, making it difficult for those in rural areas to receive. It was not announced whether this new vaccine would take more, less or equal time to come into effect.

“This is only the beginning of our work,” He said. “While these preliminary results are very exciting, we are confident that we can combine this new vaccine with other therapies to boost survival rates even higher and rescue animals even when symptoms are severe.”

The research team’s efforts are currently focused on developing a vaccine that will work for animals and then move to human trials. With that in mind, the group has developed their inoculation by adding rabies proteins to parainfluenza 5, a virus that is completely harmless to humans.

The researchers emphasized that this new treatment is very safe since the vaccine does not contain the rabies virus itself.

“There is an urgent need in many parts of the world for a better rabies treatment,” He said. “Ultimately, we just want to try to save more lives.”

Rabies is a viral disease commonly spread through the bite of a rabid mammal. The virus infects the nervous system, eventually leading to disease in the brain and death. It is preventable through pre-exposure vaccination and treatable with post-exposure vaccinations.
For more information on rabies and the vaccination see Passport Health’s rabies portal.

Are you traveling somewhere or doing something that you think might require a rabies vaccination? Tell us about it in a comment below or on the Passport Health Facebook page.