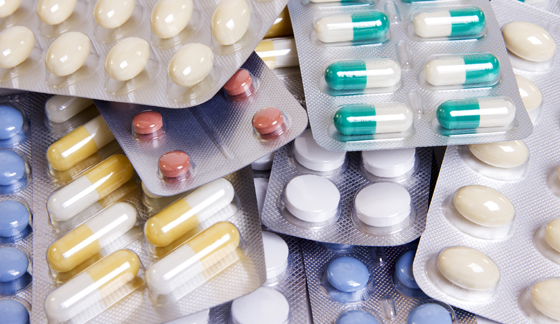 If someone told you that by the year 2050, the number of deaths caused by antibiotic-resistant bacteria would surpass cancer deaths, would you believe them? Hard to believe as it may be, that statistic is exactly what experts are citing when referring to the progressive rise of deadly superbugs that become immune to the effects of antibiotics. Greater drug resistance is becoming a problem that will continue to evolve if novel therapies do not come into play to help mitigate this global issue.

Since the 1940s, antibiotics have had mainstream use in helping to reduce illness and death from common infections. They were hailed as miracles and came to be used widely and frequently. However, the microorganisms that the drugs targeted were able to evolve, making the antibiotics less effective over time in the treatment of disease. Moreover, overuse of antibiotics drives resistance. An estimated 700,000 deaths occur across the globe on an annual basis due to drug-resistant bacteria, and, if left unchecked, this problem could cause serious problems not only in the medical realm but also in the economic sphere. Experts say that superbugs could cost the global economy up to $100 trillion between now and 2050.

Patients Not Responding to Treatment

The rise in drug resistance means that some patients have ceased positively reacting to antibiotic therapies. Their treatment options are diminishing, with many having to resort to taking extreme measures to stay alive. For example, one of the worst forms of drug-resistant tuberculosis results in a patient being kept on 10-12 antibiotics at the same time to just barely manage the disease. This growing problem of antibiotic resistance calls for increasing action on regulating drug use and implementing new therapies.

Numerous drug companies stopped focusing on anti-infection drugs years ago, and instead turned to focus on chronic illnesses, such as heart disease. However, given the current situation, many are finding new opportunities for innovative drugs and treatments, some of which involve vaccination.

For example, a 2004 study of children infected with pneumococcal bacteria that were highly resistant to typical remedies found that the proportion of resistant strains between immunized and nonimmunized patients fell dramatically when the pneumococcal conjugate vaccine (PCV) was introduced. This new intervention made a significant impact on antibacterial resistance by interrupting the acquisition of resistant bacterial strains. Not only did the vaccine help the children that had pneumonia, but it also decreased the chances that their family and friends would come down with the superbug variation. Vaccine therapy for diseases normally treated by antibiotics would be one way to minimize the occurrence of drug resistance.

Genetic engineering is yet another method that could stop the spread of antibiotic-resistant strains. A new technology announced during the summer of 2013 has the potential to wipe out diseases – by modifying the genes of a pathogen to remove the gene responsible for resistance. This technology has large implications for problems like drug resistance if researchers can indeed successfully go into the genetic makeup of bacteria to remove the gene responsible for resistance so that the bacteria could theoretically respond to antibiotics again.

Since drug resistance is caused by the overuse of antibiotics, novel and different approaches will need to be employed to combat an ever-growing issue. New advances in vaccine therapy and other drug treatments are possible solutions in the research field targeting antibiotic resistance.

In the short term, be sure to safeguard your health by keeping up to date with all your vaccinations and booster shots. Vaccination is an important step to help prevent contracting bacterial diseases in the first place that could, eventually, become resistant to treatment. Schedule an appointment with a Passport Health clinician today to review you vaccination history!

Which part of the new research on antibiotic resistance most interests you? Let us know below in the comments section.