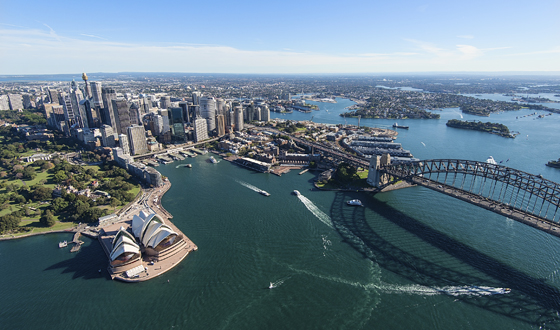 This year marks the 197th anniversary of the first official celebration of Australia Day. The holiday marks the arrival of the First Fleet of British Ships at Port Jackson in 1788. Also known as Foundation Day, Anniversary Day and Survival Day, January 26 provides an opportunity for all Australians, and visitors, to celebrate the rich history and unique sights the country has to offer.

Outdoor barbecues, concerts and sporting events are common means of celebrating this holiday, as are massive firework displays. The holiday also provides a great opportunity to travel to Australia to take in the country’s famous Great Barrier Reef, the beaches of the Gold Coast, and the fabled Outback. Another amazing sight to behold is the Sydney Opera House which, though only opened in 1973, has already been named a UNESCO Protected Heritage Site for its distinct iconography and the contributions to the arts that have been made there.

In terms of health, unique precautions should be taken for travel to Australia since the country is very different from many other developed countries. While the nation is fully industrialized, there is still need to take precautions in certain areas because of indigenous wildlife, and this unique fauna is typically not present in other countries.

For example, malaria is still comparatively prevalent in sectors of the country. In 2011, Australia recorded just over 8,000 cases while, by comparison, the United States only had 5. Thus, due to the presence of mosquitos and other wildlife, it is extremely important that mosquito-borne disease precautions are taken for travel to certain regions of Australia.

Travel health tips for travel to Australia are generally similar to what they would be for travel to other developed countries, but there are some situations that are unique. One such case is Japanese encephalitis; if you will be in a rural area of Australia for more than a few weeks, the CDC does recommend receiving a vaccination for the disease in order to avoid potential complications.

Australia is a beautiful nation with much to offer, especially to those who prefer more eco-based travel. Remember, however, that the more time you plan to spend in rural regions, even of a highly developed country, the more important proper pre-travel care becomes.

For more information on which vaccines and medications you may need for your trip to Australia, contact a Passport Health Travel Health Specialist.

We’d also like to hear from you! Where in Australia would you most like to go? What would you find to be the most intriguing? Comment below or on the Passport Health Facebook page with your thoughts.