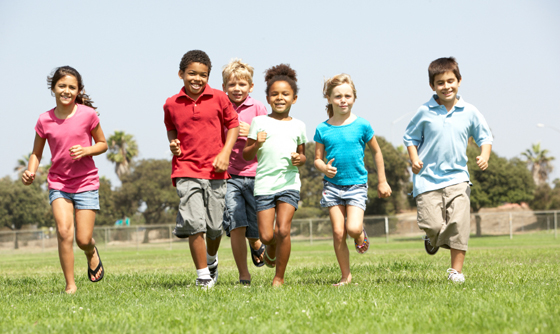 If you have been following the news, you may have heard of a recent outbreak of a specific enterovirus, D68, which has been making waves in the health community. According to the CDC, enteroviruses are very common viruses causing intense cold-like infections in 10 to 15 million people each year. However, it is this specific, rare strain that has been causing severe respiratory illnesses and even deaths in children in the US this year. Enterovirus D68 (EV-D68) has cropped up every year with documented cases, but causing concern this year as an unprecedented number of children are being admitted to the hospital for treatment. Read on to learn more about this strain and how you can keep your family healthy!

EV-D68 is one of more than 100 strains of non-polio enteroviruses, causing mild to severe respiratory illness. Mild symptoms include runny nose, fever, coughing, sneezing and body aches. More severe symptoms, such as wheezing and difficulty breathing, may also be present. The virus is found in an infected person’s saliva or nasal secretions, and is spread by person-to-person contact (sneezing, coughing, or touching a contaminated surface).

The enterovirus season hits a peak in September, after which it declines in the fall months. There is no specific treatment for enteroviruses. Mild symptoms are managed with over-the-counter medications, and severe symptoms may require hospital care. Most people recover well from enteroviruses.

Who is At Risk?

Typically, infants, children, and teenagers are at greatest risk. This is because they haven’t developed immunity to previous exposures to these viruses. From this recent outbreak, health officials have also identified children with existing respiratory illnesses – such as asthma – to have higher chances of developing the more severe symptoms of EV-D68. Adults that contract the enterovirus will often have mild to no symptoms.

What We Know About the Recent Outbreak

Starting in mid-August to October 3, the CDC has confirmed a total of 538 people in 43 states to have contracted EV-D68. It seems that this strain is the predominant one this season, which is puzzling to health officials as it hasn’t caused widespread (and severe) illness prior to this year. Missouri and Illinois were the first states to document the increase in severe respiratory illnesses caused by EV-D68. Almost all of the confirmed cases of EV-D68 have been children, many of which have a history of asthma. The CDC and local health departments are continuing to investigate the deaths of four children, most likely from EV-D68; samples have been taken for testing and the investigation is ongoing.

The start of the new school year is likely playing a role in the spread of the enterovirus. Encourage your children to wash their hands with soap, cover their mouths when coughing or sneezing with a shirt sleeve (not hands), and avoid those that are sick. Additionally, if your children are unwell, keep them at home to prevent further spread of illnesses. Ensure that children with asthma have their inhalers close at hand and monitor them for exacerbated wheezing. If your child develops severe respiratory symptoms, especially wheezing, take him or her to your physician for a visit.

If you are traveling domestically with your children and want to stay up-to-date on this outbreak or have other health questions/concerns, be sure to visit your local Passport Health clinic!

What are your thoughts on the EV-D68 outbreak? Let us know in the comment section below!