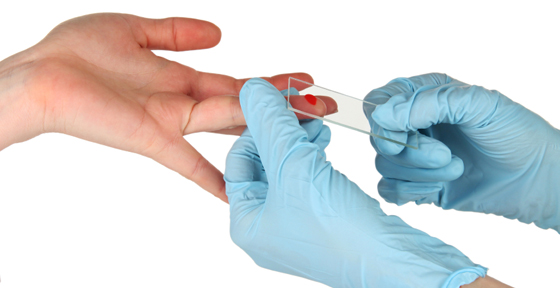 A new, inexpensive malaria test needs only a drop of blood and a little time to identify the presence of the disease in a patient’s blood, according to a paper published in the journal Nature Medicine.

The new device, developed at the Massachusetts Institute of Technology, uses Magnetic Resonance Relaxometry (MRR) to detect the waste products of plasmodium, the parasite that causes malaria. That waste, called hemozoin, contains small amounts of iron, making it easy to measure using the MRR process.

By using this process, the test can not only identify the presence of malaria in the blood but also help in the treatment of the disease by measuring if there has been a drop in the level of hemozoin in the blood.

However, the most amazing part may just be the cost. “Since this technique does not rely on expensive labeling with chemical reagents, we are able to get each diagnostic test done at a cost of less than 10 cents,” says Weng Kung Peng, a researcher on the project. A new device could be constructed for less than $2,000.

Centers for Disease Control and Prevention (CDC) estimates annual malaria deaths at more than 600,000 each year across the globe. While the disease is preventable, it can be difficult to treat and even diagnose in the most affected areas, like sub-Saharan Africa, due to high costs and a lack of access to proper preventative measures.

What do you think? Do new blood tests hold promise for the ongoing fight against malaria? Leave a comment below!