After visiting a Passport Health location last year, Tony Vlachos agreed to share his travel experience upon his return. He was traveling to the Philippines as a selected contestant on CBS’ Survivor: Cagayan, which would later air in over 156 countries. After 3 challenging months away from civilization and his loved ones, he returned to his home in New Jersey with a truly unique story to tell, and a much larger bank account! 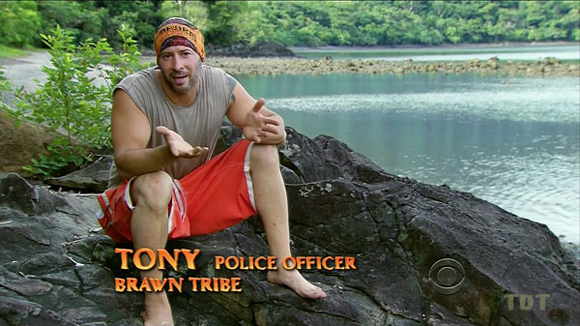 Passport Health: You were selected as a contestant for the 28th season of Survivor. For those that may have never heard of the show, can you please give a brief description of the show and game?
Tony: This show maroons a group of strangers (as one or more tribes) in a desolate locale, where they must provide food, water, fire, and shelter for themselves, while competing in challenges to earn either a reward, or an immunity from expulsion from the game in the next of the successive votes for elimination. While much less common than elimination by vote, medical conditions, such as injury or infection, have eliminated several contestants. The last two or three survivors face a jury composed of the last seven, eight, or nine players voted off. That jury interrogates the final few, and then votes for the winner of the game, the title of Sole Survivor and a million dollar prize.

Passport Health: Well, we’re certainly happy that you prepared for the unknown the best that you could by visiting one of our locations! Survivor: Cagayan was filmed on Cagayan’s Palaui Island in the Philippines. Had you ever traveled abroad prior to this experience?
Tony: This was my first trip abroad that I can remember. I am not too fond of airplanes, so flying to the Philippines (13hr flight from L.A.) was tough for me. Once we landed in the Philippines, we were brought directly into the jungle, and didn’t get to see much of anything other than the jungle.

Passport Health: There is a significant difference between the weather in New Jersey and the weather in the Philippines, right? What did you find most challenging about acclimating to it?
Tony: The weather was extreme. The humidity was so thick, that it felt similar to being inside a sauna and running on a treadmill. During the day it was over 100 degrees and at night, it dropped down to around 70 degrees, which is a huge difference. The rain was non-stop, and having to sleep out in the open, was very tough. 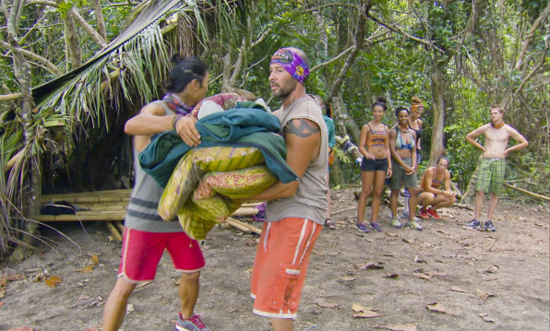 Passport Health: Yes, that definitely sounds like a challenge. Being away from family can also be tough, especially for an extended period of time. What was their reaction when you told them you had been selected for the show and what are some tips that you can recommend that helped you cope with being apart?
Tony: My family was extremely supportive and optimistic that I would do really well on the show. I’m a very competitive person that has great social skills, which is required to play a good game. What helped me cope with being away from my wife, Marissa, and my daughter, Anastasia (4 months old at the time I went to film the show), was two beach rocks. I found two beautiful looking beach rocks. One rock represented my wife, and the other, my baby daughter. At night, while the other castaways would be sleeping, I would stay up throughout the night speaking to my rocks and putting them to sleep. That really helped me stay strong and focused on the game during the day.

Passport Health: Wow, that’s a really touching story and an excellent tip! Other than the weather and being away from your family, what did you find most challenging and difficult about being on the show and the actual game?
Tony: The most challenging aspect of this game in my personal opinion was having to break promises and backstab the people that I formed genuine bonds with. In this game, there can only be ONE winner, the Sole Survivor. In order to become that winner, you must lie, deceive, backstab and break promises to your opponents in order to advance your personal game. That to me was definitely the most challenging.

Passport Health: I can see why you’d struggle with that, but an excellent job on winning the game, by the way! Did you give much thought to strategy and how you wanted to be portrayed on the show?
Tony: No, I didn’t think about how I would be portrayed on the show. I was strictly focused on how I needed to play my game. I had a few strategies on paper before going into the game, but they went out the window the first 10 minutes I landed on the beach. All strategies in that game have to be situational. You have to be able to adapt to every situation. 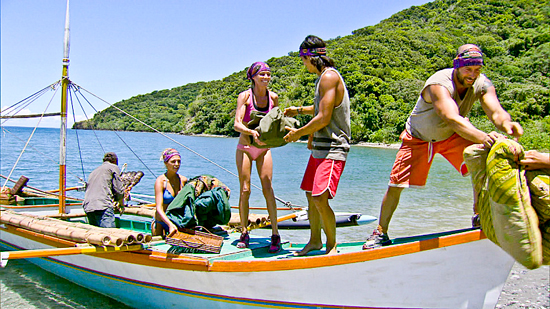 Passport Health: How did you feel about this season’s three categories: Brain, Brawn, and Beauty and how you were classified?
Tony: I didn’t put any thought into the categories of the game. I only looked at it as having 17 opponents that I need to find a way to vote off the island. Due to my physique, I was classified as a “Brawn”. Ironically, my brawn didn’t help me win any challenges in the game.

Passport Health: Speaking of categories, during the course of filming and editing, you were your season’s villain. Do you think this was a fair portrayal?
Tony: The editors have a job to do. They have a story to tell. Sure, editing has a lot to do with how they portray a person, but the footage for them to portray you as a certain character has to exist. Having said that, yes portraying me as a villain is a fair portrayal. Backstabbing and playing a deceitful game would classify one as a villain. Definitely not the way I live my life, but to win this kind of game, being a villain is a must.

Passport Health: From applying to be on the show to the season finale, would you do anything differently?
Tony: There were moments in the game that I would like to take back. Example: Emotional moments where I swore on my loved ones to gain the trust from my alliance members. Those moments were real and genuine, but they came from the heart. The heart is blind and at times, can lead you off a cliff. After making certain promises that I genuinely meant at that moment, I had to renege on a lot of them in order to advance my game. So I had a few moments that I would take back, but none of my game moves. 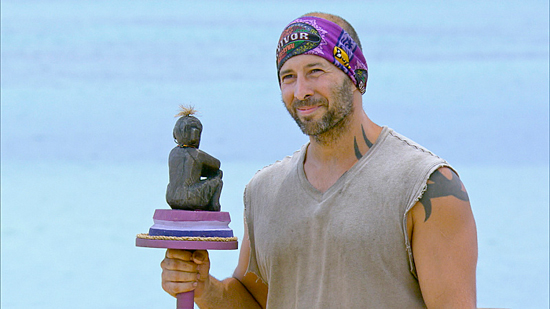 Passport Health: Overall, what was the most memorable experience during your trip?
Tony: There were so many fabulous moments, but the most memorable moments that stuck inside my head, is hearing Jeff Probst, say the words: “Come on in guys.” I loved that so much. It sent chills down my spine. I’m such a huge fan of that awesome guy! (laughs)

Passport Health: And now, this show has made many people fans of you. Besides winning, do you feel that you accomplished everything that you set out to do on the show?
Tony: Well, everything that I did from minute one, all the way up until day 39, was a huge accomplishment for me. Winning was obviously the icing on the cake.

Passport Health: In another interview, you said one of your first purchases was going to be a pink chandelier after winning the million dollar prize, at your wife’s request. Have you made that purchase for her yet?
Tony: Ha ha! No chandelier yet. My wife blindsided me. Pre-game my wife said that if I win, she would love a pink chandelier for our baby daughter. She failed to mention, until AFTER I won the game, that she wants a beautiful house to hang that pink chandelier in. (laughs)

Passport Health: It sounds like you have a major purchase to make. What else do you plan to do with your winnings and do you have any upcoming travel plans, for your personal leisure this time?
Tony: After setting up a college fund for my daughter and my new baby boy that is expected any day now, I would like to take my family and travel to Greece, which is where I am from.

Are you planning a trip abroad? Be sure you are healthy and prepared for your adventure by scheduling a visit with a travel health specialist before you go!