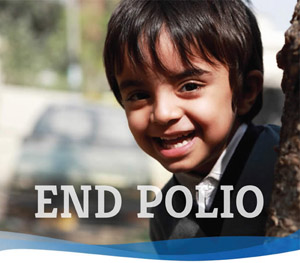 Great success has been made in combating Polio in Southeast Asia. However, that does not mean global efforts to combat this devastating disease can be relaxed. Indeed, the UN has labelled the current Polio outbreak in the war-torn Middle East the “Greatest Polio Challenge in History.”

What Is the Situation?

Polio is a deadly viral infection that can paralyze or even kill those who are affected by it. In most countries, vaccination against polio begins in infancy, and booster doses are administered throughout childhood. Booster doses can be given to adults who work in laboratory setting or who travel to regions where Polio is endemic. The virus has been eradicated from most Western countries including Canada and the United States, but there is still a long, hard fight ahead for public health officials if they want to achieve a Polio-free world.

While Polio has recently been eliminated in Southeast Asia, outbreaks of the disease have been appearing in the Middle East. This is a source of great concern for public health officials. Cases of Polio have been reported in Iraq, Syria, Somalia, Kenya and Ethiopia. These reports are alarming as it means that instability in the region is preventing health specialists and officials from eradicating the deadly disease. In addition, communities in some of these areas have rebuffed the efforts of vaccination workers, sometimes with violence, due to a mistaken assumption that the Polio vaccine causes sterility, low testosterone and other problems.

Why Does War Facilitate the Spread of Disease?

War and social unrest often disrupt the ability of a government to provide services to its citizens. Sadly, this includes health services and education. Vaccination can no longer be counted as a reliable service when people are living in areas that have been bombed or attacked.

In addition, wars, fights and civil unrest destroy the valuable technology needed to keep the vaccines fresh and stable. If all refrigerators are under a pile of rubble, there is no way for health officials to maintain a useable supply of Polio vaccines. Bombs also destroy plumbing and sanitation units that are needed to keep contaminated water and debris away from the general population. Without these things, Polio can quickly spread through a population forced to drink infected water and eliminate human waste in the same ponds, lakes and streams from which they get water to consume. Polio can also be transmitted via contaminated water and food miles downstream from where it started. Once the disease has begun to spread, it can be difficult to stop.

Unfortunately, quarantining the sick may not be an effective solution. Polio often has no signs or symptoms in a large number of affected people. By the time the vulnerable start becoming ill or even dying, it may be too late to start keeping infected people away from those who seem well.

What Should I Do to Protect Myself?

If you are traveling to the Middle East for any reason, you should strongly consider getting vaccinated against Polio. This is especially important if you are going to areas with refugee camps as part of a relief effort. By getting vaccinated, you can minimize your risk of becoming ill and passing on Polio or various diseases to vulnerable populations in the area. You should schedule a travel health consultation and a vaccination appointment at least four weeks before you depart. Speak to a travel health specialist today in order to determine the best course of action to take to protect your health and the health of others.