The villagers began lining up before sunrise in the thick Nigerian air. The young and old, the relatively healthy alongside the infirm. They had come with hope and for help from Passport Health’s Corey McVey and Dr. Scott Morcott. 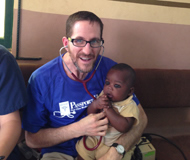 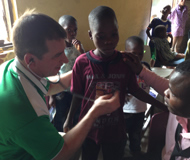 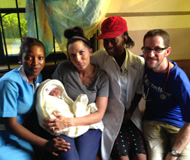 “There was a little bit of everything,” said McVey, executive director of Passport Health clinics in Chicago and Milwaukee. “Upper respiratory infections, sore throats. We treated typhoid and malaria. These are very common diseases there.”

With 1,400 pounds of medical supplies, McVey and Morcott traveled more than 7600 miles from Chicago to Houston to the African city of Lagos not entirely certain what they might see. Morcott had recently come up with a plan to visit a longtime friend and native Nigerian who had founded Life Builders Ministries International, of which Morcott is board chairman. 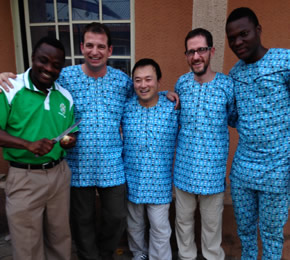 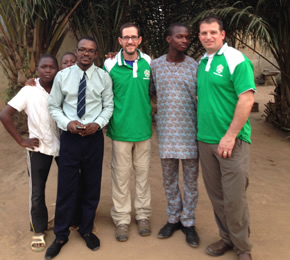 “Scott basically called me up and said: ‘Hey, would you ever want to go to Nigeria?’” McVey said. “A couple of weeks later he booked a flight.”

Morcott, medical director and owner of Passport Health clinics in Chicago and Milwaukee, had met Life Builders founder Emmanuel Ogunyemi at church and liked his vision of launching a clinic to serve orphans battling illness. Morcott, also a family physician with a practice in Vernon Hills, grew closer to Ogunyemi as time passed, providing free medical care and vaccines to Ogunyemi and his family.

Ogunyemi later returned to Nigeria and launched his effort to provide medical care to some of the millions who call the West African country home. 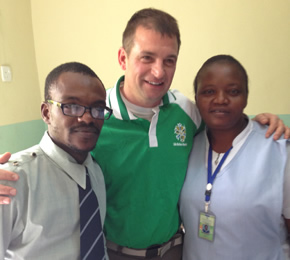 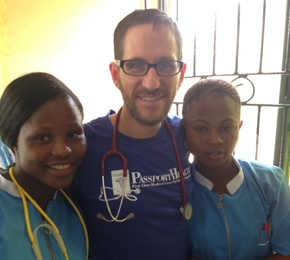 A half dozen years later, Morcott and McVey found themselves in a village outside of Lagos standing before a line of hundreds of impoverished locals who had sought the free medical care Life Builders had advertised.

“They were probably some of the worst slums in the world,” McVey said. “We went from driving on barely paved roads to dirt roads to garbage. Their little huts were built out of garbage.”

McVey said he and a team of young Nigerian nurse trainees, that they were also instructing, treated upward of 500 people that first day and averaged about 300-400 patients everyday of their weeklong journey. One of those many patients – a young girl who had been burned 3-4 years earlier, was unforgettable.

McVey said it took the strength of four to restrain the girl while her painful wounds were cleaned and dressed. Poor conditions and the lack of regular medical care had made healing nearly impossible. But the girl endured the pain, returning day after day for additional treatment, offering hugs as payment. 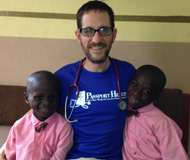 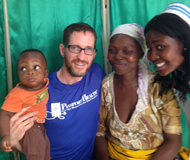 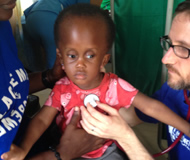 “There were a lot of moments like that,” McVey said. “We knew we were really making a difference.”

McVey said he and Morcott considered launching a vaccination effort in Nigeria, hoping to again enlist the same Passport Health staff, patients and suppliers who had donated so much to the recent trip. But intermittent electricity in Nigeria makes safe vaccine storage unlikely. Nonetheless, the two still plan to maintain fundraising efforts to go back to Nigeria or send nurses there every couple of years.