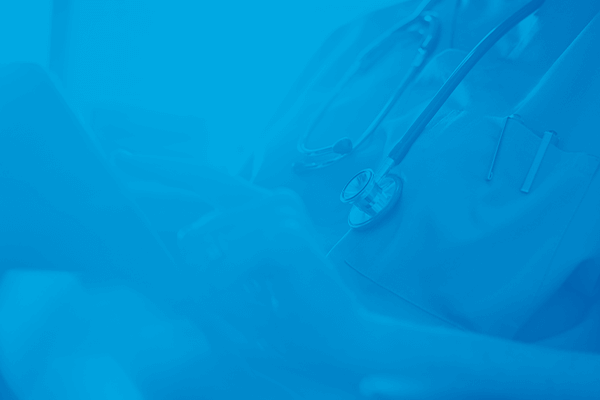 Q. I have heard that there is a new vaccine for Malaria. Is that true and what is the name?

A. We still do not have a vaccine for Malaria, although research is underway. However, there are a few anti-malaria medications available.

Q. Why is my husband always bitten up by mosquitoes while I am not?

A. Some people do attract mosquitoes more than others do. It is probably due to body chemistry. Mosquitoes go for humans who provide the richest source of cholesterol and B vitamins, which the pesky insects need to live but do not produce themselves. However, you can enhance protection by wearing long sleeved shirts, long pants, and long socks. Light colored clothes are best, as dark colors attract mosquitoes. Strong scents also attract mosquitoes. Avoid after-shave and perfumes. Also a 30% DEET product on exposed body parts and Permethrin on clothing will give you approximately 98% protection, even during peak mosquito feeding times.

Q. I am traveling to Africa and the last time I was there I had quite a bit of trouble with eye dryness. Is there anything I can do to alleviate this problem?

A. Artificial tears help relieve excessive dryness caused by low humidity and wind. Dryness is common during long flights in arid areas, on sailboats and cruise ships, at beaches, and while driving open vehicles. The eyes feel gritty and uncomfortable and blinking increases. Avoid decongestant eye drops for these conditions. Artificial tears also help remove grains of sand or dirt lodged in the eyes, common problems in sandy areas and in polluted cities.

Q. Since Yellow Fever is a very rare disease and is not required for entry into Brazil, do I really need it for my trip to Brazil and Argentina?

A. Yes. In 1996, two tourists infected in the Amazon region of Brazil died after returning to the United States and Switzerland. Recently the incidence of yellow fever has increased dramatically with 23,543 cases reported and 6,421 deaths officially reported to the World Health Organization between 1985 and 1996. The true incidence is believed to far exceed the reported cases. The disease is often misdiagnosed as hepatitis, treated abroad, or not reported.

Q. I have recently begun traveling to underdeveloped countries for business and do not feel comfortable jogging in the street. Can you recommend a room exercise regime, since most hotels do not have exercise facilities?

A. It is a good idea to stay indoors in the evening. You can use an elastic jump rope, available at most sporting goods stores, and lightly jump in your room to warm up. Use the elastic jump rope to exercise arms and shoulders by placing one end of the band in each hand, raise hands so they are in front of your face, with arms extended, pull the band out to the sides, then back in. While seated, put one foot on the rubber tube, with palms up, elbows at sides, pull handles up toward shoulders. Repeat each exercise 12 to 15 times. You can also climb stairs—two at a time.

Q. I am going to be living in a malarious area for over a year. Should I be taking the drug for that long?

A. There is no absolute time limit on how long one can take any anti-malarial prophylactic drug. The small numbers of individuals who will experience significant side effects from anti-malarial drugs usually do so within the first few weeks of use. Many mild side effects decrease with continued use of prophylaxis.

Q. I have heard a lot about Lyme disease lately. Is there a vaccine available, what are the symptoms, and do I need to be concerned about it on my trip to Nepal?

A. A vaccine to fight Lyme disease has been approved. Although there are many diseases you need to be aware of prior to your trip to Nepal, lyme disease isn’t one of them. However, the deer tick, which causes Lyme disease, has caused a lot of infection up and down the East Coast, particularly in the Northeast.

Symptoms include a red rash within two days or several months sometimes appears like a bull’s eye. It is usually not itchy or painful, feels warm and lasts for a week to a month. Later symptoms may include brief, recurrent attacks of joint swelling, meningitis, temporary facial paralysis, irregular heartbeat and numbness.

Q. I have heard you can contract a Sleeping Sickness in Africa. Can you tell me more about this disease and is there a vaccine?

A. There is no vaccine for Sleeping Sickness. It is a potential hazard in tropical Africa, particularly in the game parks of East Africa and northern Botswana. where wild animals are a reservoir of infection transmitted by the large tsetse fly. Only a handful of cases of sleeping sickness have occurred in American travelers. Wearing long shirts and trousers may decrease the risk of bites.

Q. I have heard a lot about Dengue Fever in the Caribbean lately. Is it a newly discovered disease?

A. Although we have seen a lot more Dengue in recent years, a clinically compatible disease was first described during an epidemic in Philadelphia in 1780. We believe Dengue crossed from East Africa to the Caribbean in 1827.

Q. While browsing the Internet, I have noticed a wealth of information on travel medicine. Is the Internet a good source.

A. Caveat lector et viewor—Let the reader and viewer beware! There is so much information available, it is difficult to know whether it is of high quality peer-reviewed or from healers, quacks and cranks. A lack of professional editing and proofreading can have potentially harmful results. It is always important to consult with specialists in the field of travel medicine before using remedies suggested on the Internet.

Q. I am going on to South Africa and several nature reserves. I have heard that wild animals have attacked tourists. Is there any truth to this and is there anything I should or shouldn’t do?

A. Attacks on tourists by wild mammals in South Africa are an uncommon cause of injury and death. However there have been incidents where tourist were killed by wild animals. In almost all cases, tourists didn’t heed warning signs. Never leave your vehicle to take pictures near wild animals, camp in open tents or walk in long grass.

Q. I am considering renting a world access cell phone. Will I be able to use it everywhere?

A. No. Phoning while driving is illegal in Israel, Brazil, the U.K., and Switzerland. In Singapore, they’ll even confiscate the phone. Phones are banned on commuter trains in Japan, and some cars on the U.K.’s Chiltern Railways have coated windows that block cellular radio waves. Switzerland, ever neutral, has the perfect compromise: a separate car for phone users. You may not be able to use the cell phone in very remote areas.

Q. I am planning two brief business trips to China over the next year and then taking 3 months off to camp across America. Since I am staying in 5 star hotels in China do I need to take the Typhoid vaccine?

A. Yes. You can pick up Typhoid almost anywhere, even in 5 star hotel restaurants. Your camping trip could also put you at risk. American may be startled to learn that Salmonella causes 66% of food-borne illness in the U.S. Eating out more frequently, choosing convenience or prepared foods, and expecting novelty and year-round availability all play a role in exposure.