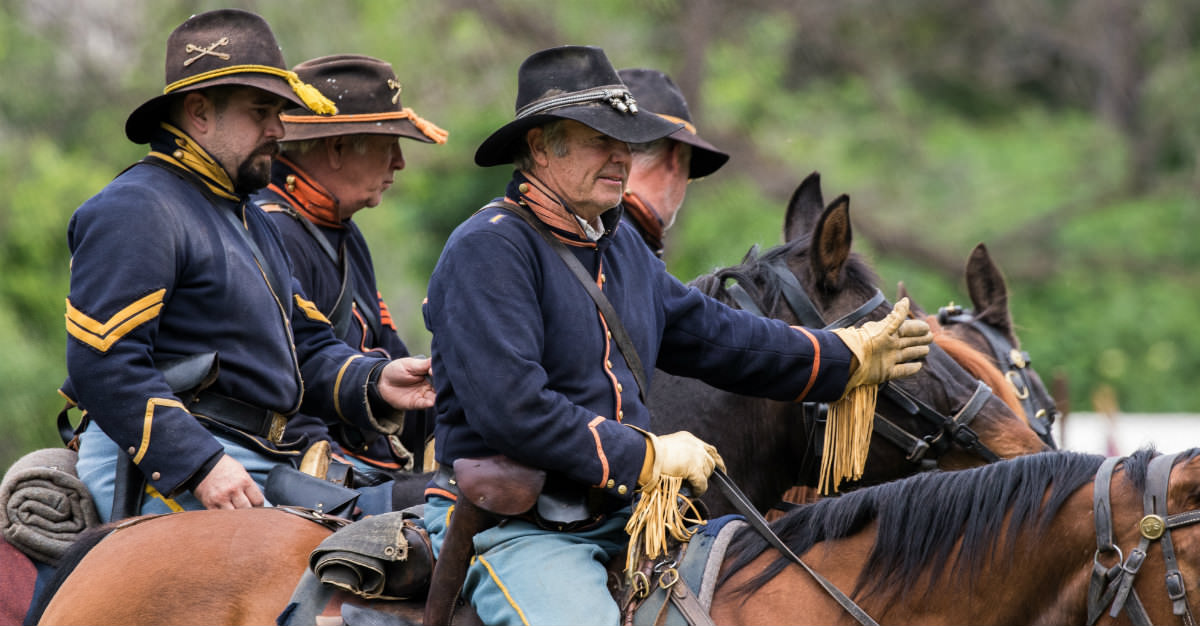 The image of a pus-filled lesion can bring up many reactions. Most often, someone may feel revulsion, disgust or even nausea.

But, for soldiers fighting in the trenches during the Civil War, those lesions could inspire hope.

Not hope in the war efforts, but for their own safety.

The violent battles may get attention for causing death in the Civil War, but disease was the real danger. Typhoid fever, measles and tuberculosis were among the many deadly viruses that killed more than the war itself.

Among the most dangerous of these diseases was smallpox.

Smallpox has a reputation for being highly contagious, with any personal contact leading to its spread.

This bodes well for the disease during war time. Soldiers are often confined to close and unclean quarters, with no escape from an infected comrade.

While vaccines were still a new concept at the time, they posed a rare option to prevent a smallpox breakout during the Civil War.

Luckily, immunizations for smallpox were in effect long before the war started in 1861.

Edward Jenner conceived of the first premature strike against smallpox with a vaccine in 1796.

By today’s standards, the first vaccines were barbaric. No tested formula to get the immunization right. No disinfected needle to avoid spreading other illnesses. No safety measures to speak of.

A doctor would gather pus from one of those revolting boils or lesions. They would then cut an uninfected person, introducing the pus into their bloodstream.

Now, rather than directly infect them with smallpox, doctor’s opted for the less dangerous cowpox. The diseases were very similar in structure, but cowpox posed less of a health risk.

Upon doing this for the first time, Jenner did cause his first patient to fall ill. The young boy battled a fever and loss of appetite for over a week before getting better. But, once the symptoms faded, the boy was immune. Even after infecting the patient with active smallpox, no disease developed.

This casual method grew useful half a century later with the dangerous conditions of the Civil War. As mentioned before, disease spreads quickly during war.

With such an easy vaccination method, soldiers didn’t even have to wait for a doctor.

The unit would have to simply wait for one unlucky friend to get a fever and start sprouting boils. The whole crew could then go through the motions and vaccinate each other. Find a scab, steal some pus, cut themselves and have an immunization within a couple weeks.

Unfortunately, infections weren’t the only common disease during the Civil War.

Sexually transmitted diseases were also familiar to the soldiers.

During these amateur vaccinations, the soldiers were not careful to avoid other dangerous patches of skin. While getting the cowpox pus, they’d often also get the content of other lesions.

Specifically, the pus from a syphilis wart.

While trying to create an immunity to smallpox, these soldiers spread syphilis throughout the unit.

Edward Jenner’s vaccine discovery saved countless lives during the Civil War. Soldiers were able to battle without the fear of catching one of the world’s most dangerous killers.

Unfortunately, many of those soldiers can also blame the doctor for a bad case of syphilis.

Leaving the country and looking to get some modern immunizations? Passport Health can help! Give us a call at or book an appointment online now!

Any questions or comments about the history of vaccines? Let us know via Facebook, Twitter or in the comments!