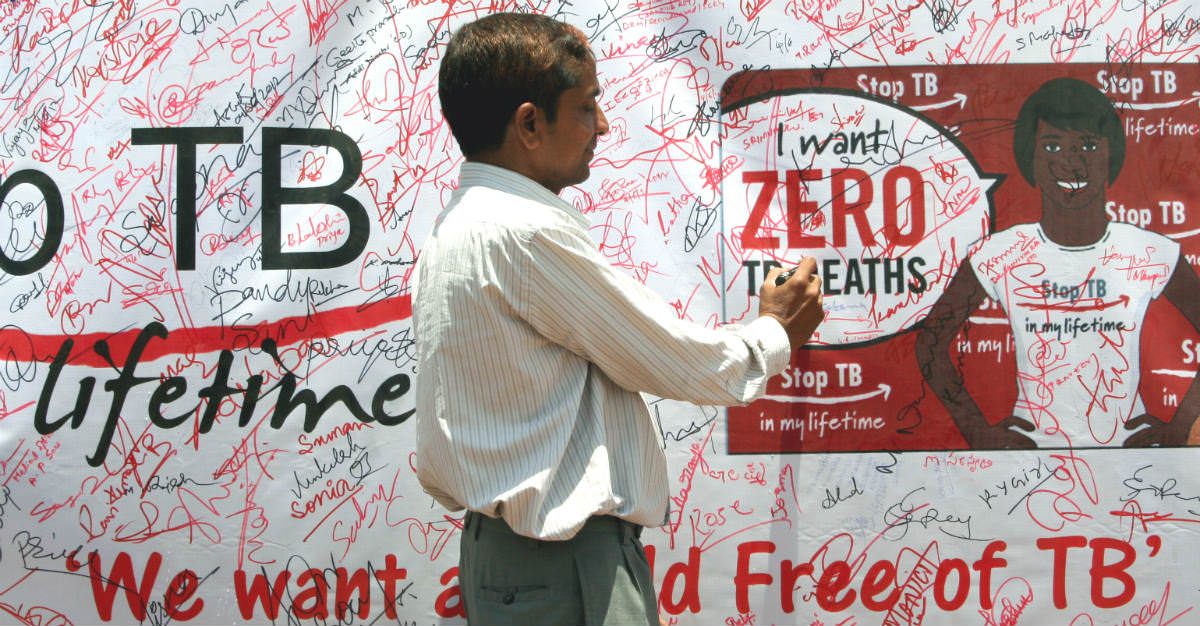 The World Health Organization is attempting to change the conversation about tuberculosis.

Rather than being satisfied with a wait-and-see approach to exposure and vaccines, the WHO is getting active against the epidemic.

There were nearly two million deaths from TB in 2015. The virus is moving its way back into the top ten for international causes of death. This comes, despite worldwide uses of vaccines and medications to treat the virus.

Depending on where you live, tuberculosis can cause varying reactions from people.

Throughout many countries the virus is ancient and no longer an issue. Tuberculosis is now a rare occurrence in many areas that offer regular immunizations and medicine.

The poverty-stricken areas in the world are much less fortunate. Despite medical progress, countries like India and China still struggle to prevent TB’s spread.

The WHO is acting on clear problems in the current response to TB.

The first obstacle in slowing tuberculosis: find better ways to identify the virus.

The 10.4 million reported cases of TB in 2015 are staggering. But, that number could skyrocket with unreported cases. Areas like India and China could even see their TB cases double if all were reported.

High numbers in unreported TB cases raise questions about the testing. There is now stress on larger countries that are commonly missing positive tests or signs of the virus.

The WHO is focusing on the need for every hospital in these countries to use the same TB tests. Approved by the WHO, consistent tests would lead to more people with correct treatment to stop the virus.

But, the organization is looking at more than testing to change the state of worldwide TB.

Crafting research plans specific for every country and their respective tuberculosis situations could be the next stop in the process. These plans are crucial to eradicating the disease, but will need more researchers and support from the individual countries.

The current goal is to rid the world of TB by 2030. Now they just have to continue searching for the resources to get started with these strategies.

Other groups are even stepping in to help stop this worldwide epidemic.

The United Nations General Assembly is planning a meeting for 2018 entirely focused on TB. An intended effect of this meeting is to drum up interest in preventing this disease. Greater interest from the public and investors would make vaccines and medicine easier to get.

The struggle for drug companies comes with resistance to the medicine.

Current treatment for tuberculosis takes months to complete. After eight weeks of intensive medication, antibiotics are still needed for up to seven months.

If the treatment is ineffective over that time, or isn’t used properly, the bacteria is still contagious. This strain of TB, now resistant to drugs, spreads quickly in crowded places, making the virus more common.

Although this resistant strain of TB is treatable, the medication is expensive.

This makes it even harder for poorer countries to get treatment where the typical medication is already hard to come by.

The WHO is responding to this with greater regulations on new antibiotics to treat the virus. Before medicine is available to the public, it must meet certain international standards. This prevents the treatment from claiming to be effective without the results.

Most importantly though, these standards can halt the bacteria’s resistance to new treatment.

The modern antibiotics are released to the public slowly. Health authorities can then track how the TB reacts to the medicine. History shows us that a free-for-all to get the new treatments leads to fast resistance for the bacteria. Regulating the release of antibiotics can create more effective treatments and greater options.

Are you leaving the country and worried about tuberculosis? Passport Health can help! Call us at or book an appointment online now.

Any questions or comments about tuberculosis? Let us know in the comments or via Facebook and Twitter!