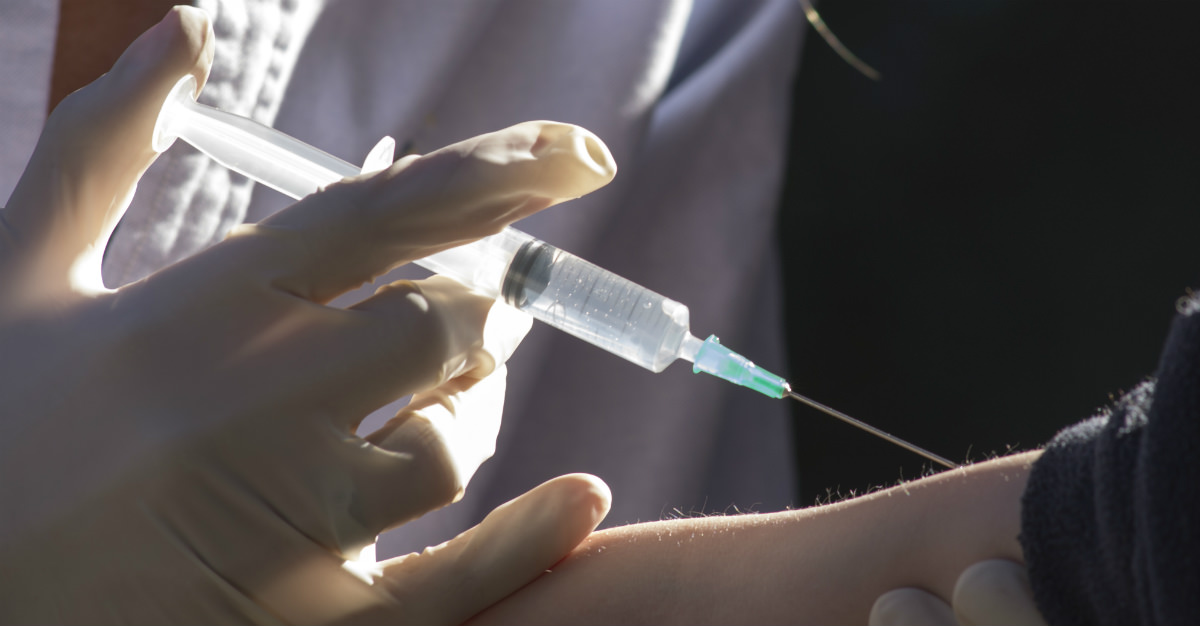 During the 1940s and 1950s, Americans were hit with a plague. The disease spread fear as quickly as it filled hospital beds. The plague was Polio, and no one was exempt.

Even a President of the United States, Franklin Delano Roosevelt, spent his time in office in a wheelchair due to paralysis caused by polio.

For Americans, the widespread epidemic has passed. According to the Mayo Clinic, the last naturally-occurring case of polio in the U.S. happened in 1979. Despite that knowledge and the discovery of an effective vaccine back in 1953, we still need to be wary of the disease. Unlike the iron lung that was used in treatment, polio isn’t a thing of the past.

Polio is still considered an endemic in a few countries like Afghanistan, Pakistan and some African countries, most recently Nigeria. According to CNN Health, Nigerian health officials are especially concerned because, after two years of being clear of polio, two new cases have been found.

Nigeria and the rest of Africa had just one year left before officially being declared polio-free.

It’s important to understand what polio is and why it is still around for traveling purposes, but also to prevent future epidemics. The information underscores the importance of vaccination.

According to the Mayo Clinic, polio is a contagious viral disease that can potentially cause paralysis, difficulty breathing, and even death.

The polio virus only lives in humans and enters the environment through the feces of an infected person. A person commonly becomes infected by drinking contaminated water or eating contaminated food. Polio is more likely to spread in areas with poor sanitation.

There are two types of polio – nonparalytic polio and paralytic polio. The symptoms are the same for both within the first week to week and a half. Symptoms look like those of a mild flu, including fever, sore throat, headache, vomiting, fatigue and muscle aches.

Flu-like symptoms generally last up to 10 days and then the person recovers. Sometimes though, a person can be infected with the virus and never know because symptoms never manifest.

This type of polio mimics the flu-like symptoms of nonparalytic polio within the first week. After that, symptoms of paralytic polio begin to manifest. These symptoms include loss of reflexes, severe muscle aches or weakness, and floppy limbs, especially on one side of the body.

Why is Polio still around?

The poliovirus is transmitted in areas of poor sanitation and is very contagious. It doesn’t take much for it to move from one infected person to the next. An infected person can spread the virus for weeks through their feces. Even those living with an infected person will likely become infected with polio.

In countries with higher risk of polio, there may be issues with vaccination campaigns or programs. The vaccine is effective, but it must be utilized in order for it to work.

Why is vaccination so important?

You are at the greatest risk for polio if you haven’t been immunized against the disease, according to the Mayo Clinic. In areas of especially poor sanitation or inconsistent immunization programs, vulnerable groups like pregnant women, young children, and those with weak immune systems are most likely to be paralyzed from polio.

Are you traveling to a country where there is still a risk of polio? Make sure to take extra precautions! Make an appointment with a Passport Health specialist to find out about how to prepare and about getting the booster.

Do you have concerns about other diseases where you’re going? Passport Health can help with those, too! Contact a specialist or reach out on Facebook or via Twitter!