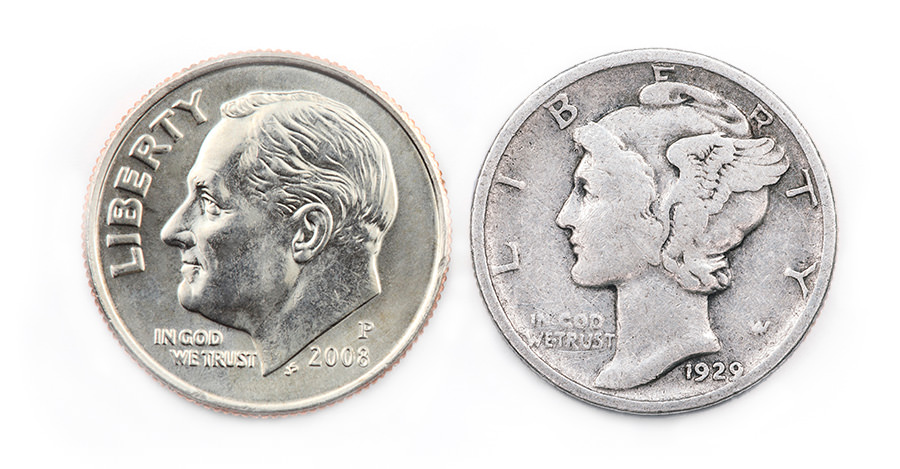 Everyone has loose change in a pocket, cupholder or piggy bank, but how often do we look at what’s on these coins? Since 1946, Franklin Delano Roosevelt, 32nd President of the United States, has been on the coin’s face. But, did you know that Roosevelt didn’t end up being on the face of a coin due to leading the nation? Instead, he is on this coin because of his drive to stop polio.

January 30, 1946, would have been FDR’s 64th birthday. The war in Europe ended seven months before, and it had been six since the Japanese forces surrendered. Roosevelt died in April 1945, not living to see either event. By this point, many in America were calling for a memorial to the man who led the country through the Great Depression and the majority of World War II.

Memorials would take time, so the Treasury Department took action. They decided the best way to honor the president was by placing him on a coin. The Treasury Secretary set the former president’s birthday as the minting goal which was a nearly unheard of timeframe.

In August 1921, Franklin Roosevelt and his family were vacationing in New Brunswick, Canada. After a few days of yachting and fishing, the former Secretary of the Navy began to feel ill. Within two days he was paralyzed from the neck down. Roosevelt did recover, but not fully. He would never be able to walk again.

Five years later, Roosevelt was still try to regain his strength. He’d worked hard but was still unable to walk. He started the Georgia Warm Springs Foundation, named after the therapeutic springs he had used to help fight polio. Twelve years later, in 1938, having served more than a term as president, he renamed the organization the National Foundation for Infantile Paralysis (NFIP).

Roosevelt used his position as president to appeal to the public for help. In his addresses, he was sure to mention the importance of fighting polio. Celebrity singer Eddie Cantor jokingly urged people to send dimes to the president to help him with the cause. The public took Cantor’s and Roosevelt’s words seriously and began to pledge their support.

Despite the ongoing depression, more than 2.68 million dimes were sent to the White House. The estimated $270,000 would be worth nearly $5 million today.

This deluge of dimes lead to the NFIP’s new name, and how we know it today, the March of Dimes.

Mint workers were trying hard to meet their January deadline. Chief Engraver John R. Sinnock was chosen to design the coin. His first design was submitted in October of 1945, but it was rejected. The Mint found itself running low on time and wasn’t sure what to do. Some officials suggested a contest to design the dime, but that idea was shot down.

The pre-1946 coin featured Lady Liberty stylized as the goddess Mercury. Sinnock scrapped everything. His new plan called for a large portrait of Roosevelt with LIBERTY to the left and IN GOD WE TRUST below. On the reverse face, he chose an upright torch, symbolizing freedom, flanked by olive and oak branches, denoting peace and victory. E PLURIBUS UNUM was placed behind these figures.

Despite a few setbacks, the Roosevelt coin still exists today. It is a reminder of a great president and an even greater cause to end one of the most prevalent diseases of the last century.

For more information on polio, please see our polio page.

Do you need a polio vaccination? Schedule your appointment today by calling or book online now.

Do you think the dime should retain Roosevelt’s face? Let us know in the comments below, on Facebook or via Twitter.