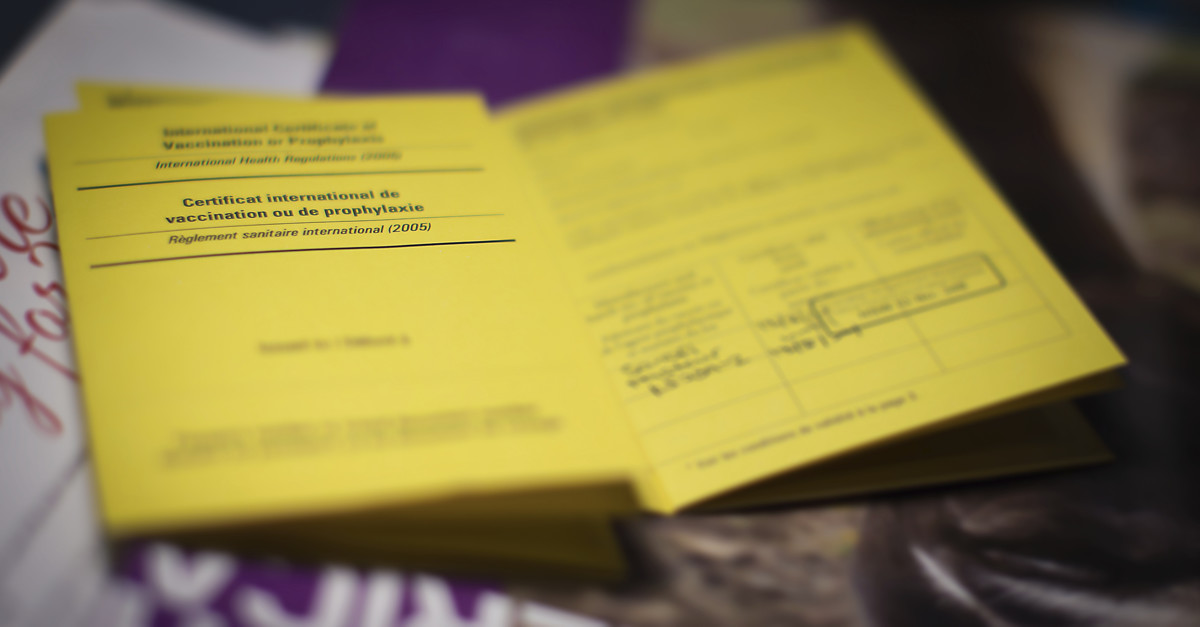 Yellow fever, a disease spread by mosquitoes, has an extensive history spanning back to the 1600’s. Today, due mainly to vaccination, it has a much lesser impact on the developed (and developing) world, but this has not always been the case. Once considered the most dangerous infectious disease, yellow fever has been eradicated from most parts of the world, thanks to the yellow fever vaccine. In honor of National Immunization Awareness month, read on for a brief history of the disease and how vaccine development has helped eradicate yellow fever in many nations.

Yellow fever became a large problem in the 16th and 17th centuries, when the active slave trade between West Africa and the Americas imported the disease into the Western Hemisphere. Settlers in the colonies were not immune to the disease, and common symptoms of fever, muscular aches and vomiting struck the population hard. Coastal towns in the Americas were particularly vulnerable, and outbreaks were reported in New York, Boston, and Charleston in the 17th centuries.

A momentous year in the history of yellow fever was the summer of 1793 in Philadelphia. At the time, Philadelphia was the largest city in North America, with approximately 50,000 people. A hot and dry summer provided the perfect conditions for growth in the local insect population. In addition, an influx of refugees arriving from the Caribbean by the thousands brought with them the missing ingredient: yellow fever. This combination of mosquitoes, infected refugees and healthy settlers was a recipe for disaster. Between the months of August and November, 5,000 people died and over 20,000 fled the city. Doctors were at a loss as to what was causing the infection, and it wasn’t until the frost killed off the mosquitos in the early winter that the epidemic officially ended.

Until the mid-1800s, scientists thought the disease occurred via contact with other infected persons. By the early 1900s, people were aware mosquitoes caused yellow fever, and the last U.S. outbreak occurred in 1905.

The focus then began to shift to sanitation efforts and vaccine development. In 1930, two yellow fever vaccines were created: a 17D vaccine and a French neurotropic vaccine. These were made available to the public and used in places like South America and Africa. With combined efforts of public education and vaccine therapy, incidences of yellow fever became less frequent. The 17D vaccine became the standard vaccine in use, and the yellow fever vaccine was incorporated into routine childhood vaccinations in certain parts of Africa, where the disease remains endemic.

Yellow fever continues to affect several countries in Africa and South America, so travelers to these areas should consider the vaccine. It may be required for entry into certain countries, so be sure to check with your local Passport Health clinic prior to your trip. The yellow fever vaccine can cause adverse effects in certain people, so it is important to talk with your healthcare provider about your travel plans and health history.