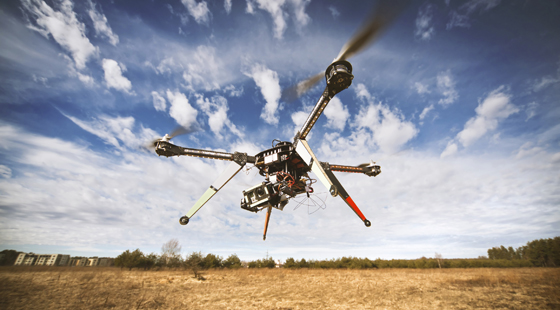 One person is diagnosed with tuberculosis about every three seconds. Of these people, one sixth of them will die from the disease. However, Medecins Sans Frontieres (also known as Doctors Without Borders) hopes to decrease this startling statistic with the help of drones.

In rural areas in many developing countries, like such areas in Papua New Guinea, getting a diagnosis for any disease, especially one that requires testing, can be extremely difficult. In a developed nation, getting a diagnosis can be as simple as taking a 20 minute trip to the doctor and then waiting for a phone call, but in rural, developing regions, getting a diagnosis is a laborious task that can require days of travel to transport the specimen and then days more to return with the proper medication. In an effort to ease this process, Matternet, a California based technology company, has been working with MSF and other groups to link clinics with testing centers by using battery operated unmanned aerial vehicles (UAV).

Many of us are already familiar with drones, and Matternet hopes to use them to bridge the gap between affected individuals and testing centers. Automated drones can fly from one preset landing site to another with minimal need for human support. In a way, these drones are like an automated flying mail delivery person, but with the added benefit that these save lives.

The tests that have been done so far in association with MSF and other aid organizations have shown that treatment and testing times can be quartered by drone-lifting the samples for delivery instead of having them sent by conventional ground transportation through difficult terrain like jungles. According to Matternet estimates, as of now (and prices are dropping rapidly), a drone can carry a 4.5 lb payload 6.2 miles for as little as 24 cents. For less than the price of a coffee, individuals can receive the life-saving diagnosis and care they need.

As of now, Matternet and its partners are focusing exclusively on moving samples, but they hope to transport medical supplies and other necessities as the project develops further.

Matternet has yet to say exactly when it believes that its drone network will be able to be fully rolled out in rural areas of developing countries, but it has set a tentative goal of finalizing roll out in the next few years. With the drop in drone costs and the increase of demand, especially in areas like West Africa, this solution is likely to be reality instead of a distant dream fairly soon.

What do you think of the concept of drone delivered medical services? Comment below or on the Passport Health Facebook page with your thoughts!