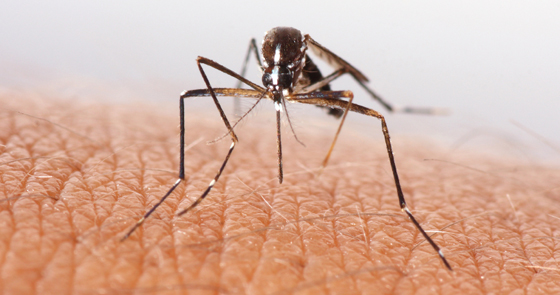 If you’ve ever wondered what makes you so tasty to mosquitoes compared to other friends and family members, you’re not alone. It’s not your imagination that some people are tastier to mosquitoes than others. While there are plenty of myths and urban legends about why some people get more mosquito bites than others, scientists have found real evidence about why you’re itchier than your pals.

Why Do Some People Get Lots of Mosquito Bites While Others Get None?

There are many myths about why and how mosquitoes choose their victims. The truth of the matter is that it’s not what you just ate, your blood type, the color of your shirt or your pregnant belly that’s making you so attractive to these buzzing insects. What’s more important are your size, smell and metabolism. Mosquitoes tend to choose larger targets, which means men more often than women and adults more often than children. Rapid breathing or higher metabolic rates also attract more mosquitoes. This is because higher metabolism and breathing mean a greater release of carbon dioxide, which mosquitoes are able to sense and hone in on. If you’ve recently been sweating or you’re wearing certain perfumes or colognes, these smells can also attract mosquitoes. Because personal scents and amount of sweating can be genetic, you may find that you and your brothers get bitten more than your friend and her sisters.

How Do Mosquitoes Find You?

Mosquitoes are able to detect carbon dioxide in the air. They fly toward the source, and in the outdoors during the summertime, humans are prolific generators of carbon dioxide with every breath. Once a mosquito finds you, it looks for bare skin with a minimum amount of hair such as around your ankles. Surprisingly, mosquitoes can even detect which clothes you’ve recently worn. They are particularly attracted to the stinkiest of clothes like the socks and sweaty shoes you wore all day and left by the front porch.

Unfortunately, the same mosquitoes that bite you are the ones that carry potentially deadly diseases such as West Nile Virus, malaria, yellow fever, dengue fever and chikungunya. These diseases can be painful, debilitating and costly not only to your pocketbook but to healthcare systems and governments, especially in tropical areas with scant resources for prevention and medical treatment. In rare cases, intense scratching of itchy mosquito bites can lead to an infection in the skin even if the mosquito didn’t inject you with any virus, parasites or bacteria.

How to Protect Yourself Against Mosquito Bites

If you’re a frequent entree on the mosquito menu, you just need to take a few moments to protect yourself from bites. Even if you only occasionally get a mosquito bite, it’s best to prevent them, so you can reduce your risk of the deadly diseases that mosquitoes may be carrying. Passport Health travel health specialists recommend using a mosquito repellant that contains DEET. Wearing pants and shirts with long sleeves to keep as much of your skin covered as possible also helps to prevent mosquito bites. Limit the time you spend outside between dusk and dawn as these are the primary hours during which the mosquitoes that carry West Nile Virus are active. Dump out standing water from flower pots and other containers around your property. Protect yourself with mosquito netting and medications if traveling overseas to areas with endemic malaria.

Are mosquitoes drawn to you? Tell us about it below!

Sources:
Centers for Disease Control and Prevention: Prevent Mosquito Bites
CNN: 5 Mosquito Myths
Smithsonian: Why Do Mosquitoes Bite Some People More Than Others?
Phys.org: Scientists Describe How Mosquitoes Are Attracted to Humans