Should You Worry About Measles in the Office? 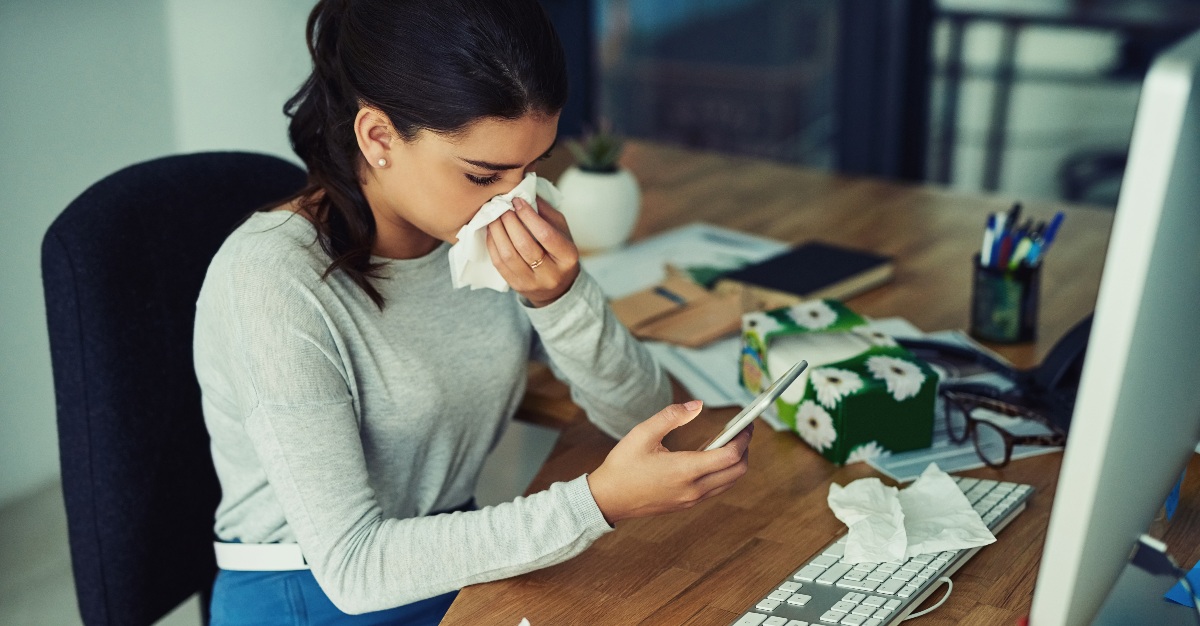 Much like influenza, malaria, cholera, and Zika virus, measles is one of the world’s most contagious illnesses and capable of causing modern-day outbreaks.

Measles has been around for centuries with a vaccine available since 1963. The virus was eliminated in many countries, but has since caused a new surge in cases and outbreaks.

Why is that? It’s because measles has infected 170 different countries in recent years. The United States is home to many recent measles cases, with 626 people testing positive for the virus across 22 states in 2019 alone.

With workplaces already being a hotbed for virus, the rise in measles poses an extra problem at work.

We often can’t avoid going into the office multiple days a week, and also are unable to track what illnesses our coworkers have. While it can be a problem to come into the office with a cold or flu, measles can cause a much larger issue.

Such is the case back in April when Google confirmed that one of its employees had measles. The worker was in the main business complex located in Silicon Valley, CA.

According to Buzzfeed, a physician at the company confirmed the illness in one of the Google employees. Without any knowledge they were infected at the time, the employee went into the office on April 4.

The article continued with word from a Google spokesperson. While someone did enter the offices while infected with measles, the situation seemed unrelated to other nearby outbreaks with, “no additional public health risk.”

While this measles risk appeared to avoid causing further damage, the risk of the virus in the office is very real.

The first step to avoid that measles risk in the office is with the vaccine.

All adults should make sure they have received at least one dose of the MMR vaccine. Adults born shortly after the vaccine became available in 1963 may need to receive a second dose, as two doses did not become the norm for decades after.

Even if you’re working outside the office, measles can pose a dangerous problem.

The increased measles risk is international. Employees traveling for work could be at risk of catching the virus while in a foreign country.

But, what happens when someone is exposed to measles, and they don’t know it?

If you suspect that you’ve come into contact with measles, contact your doctor as soon as possible and review your medical history. If you’re not sure if you’ve had the measles vaccine, have your physician order the blood test for it. The results will show if your antibodies have already been exposed to the virus itself, or the vaccine.

The tell-tale sign that you have measles is the infamous rash. But, do you know what some of the other symptoms are? Some different signs to look out for include:

It’s critical to keep in mind that you’re contagious four days before you have the rash, and four days after you get the rash. So, it’s best to stay at home during that time.

In more severe cases, measles can cause swelling of the brain and pneumonia. Known as encephalitis, this serious symptom can even prove deadly.

Do you have any other questions about staying free of measles or other viral illnesses at work? Passport Health can help. Give us a call at or fill out a contact form for more information.